As Alberta began deregulating its electricity market in late July, 2000, Enron Corp.'s chief lobbyist in Canada was getting kudos from head office in Houston for his influence over the entire process.

Robert Hemstock was Enron's Canadian head of government relations, the front man in talks with regulators over the structure of Alberta's power purchase arrangements in the year before Enron's name became shorthand for massive corporate accounting fraud.

The power purchase agreements – PPAs – were the centrepiece of Alberta's landmark move away from a regulated market. They were auctioned off to companies wanting to buy electricity from Alberta's generators and resell it into the market.

A small but crucial provision within them, added at the behest of Enron's Mr. Hemstock, is now at the heart of the Alberta government's court action aimed at preventing the holders of now money-losing contracts from walking away from them. The NDP says it was unaware of this clause until the spring and that Albertans face up to $2-billion of costs being offloaded to consumers as a result of the provision.

Late last month, the government launched a lawsuit against three electricity companies who have relinquished PPAs, as well as the province's own power regulator, among others.

E-mails provided to The Globe and Mail by the Alberta government detail last-minute machinations before the province's first deregulated energy auction began on Aug. 2, 2000. They show the request from Enron to have the provision inserted, followed by memos between Alberta bureaucrats and, finally, celebratory letters sent within Enron, the now-discredited and defunct U.S. energy company.

"Your work on the Alberta PPA has not gone unnoticed and really is a model for the rest of the group as to how to approach the review and analysts of a significant transaction [with] huge [regulatory] risk …" Richard Shapiro, top lobbyist for Enron, gushed in an e-mail to Mr. Hemstock, on July 31, 2000.

"Not to mention the external leadership you provided on the issue [with] folks like Larry Charach. Thanks very much," Mr. Shapiro wrote.

Mr. Charach, the bureaucrat in charge of electricity for the energy department at the time, is a central figure in the e-mails. His ministry spearheaded the market deregulation, which Ralph Klein's Progressive Conservative government promised would lead to competition and fairness for consumers.

The NDP says the documents prove its case that the clause is not valid because it was improperly slipped in at the 11th hour without following necessary protocol. Premier Rachel Notley's government has taken to calling it the Enron clause.

The clause revolves around the insertion of three words: "or more unprofitable."

After extensive public hearings in 1998 and 1999, the fine print in the pending power contracts stated that companies could back out of the 20-year deals if government policies made them unprofitable. However, the words "or more unprofitable" were added on July 28, 2000, among a shopping list of what were supposed to be quick and relatively minor fixes, according to an internal ministry memo.

The change was made only a day after a July 27, 2000 e-mail in which Mr. Charach suggested the director of the Alberta Energy and Utilities Board speak with the Enron lobbyist and come to terms – "close the gap," as he wrote – over adding the clause before the auction. There were lingering questions over whether the significant change might require public input. In the end, none was sought.

Before the change, companies would have only been able to walk away when a government action, such as a heavy carbon tax or large change to the labour code, was solely responsible for making a contract unprofitable. With the change, a company holding a money-losing PPA due to weak market conditions could now abandon it when a government act made it the least bit more unprofitable.

"It's like a gnat has landed on the back of a bull, and now they've given us the entire bull and told us that it's our problem," a senior official in the Notley government said of the change.

According to the documents, regulators decided against seeking public comment on the addition, even though Enron itself warned that leaving the phrase out could cost PPA holders "hundreds of millions of dollars." Enron would buy one of the first PPAs.

This year, three electricity companies have cited the clause in their decision to hand back PPAs to a public agency known as the Balancing Pool, saying the government's new carbon legislation will cause major losses.

The first to do so was Enmax, the City of Calgary's power utility. Mr. Hemstock, formerly of Enron, is now part of Enmax's legal team. A spokeswoman for the company said he is unable to comment on the documents because the case is before the courts.

The companies contend they have followed the rules and that the government appears to have been ignorant of the policies it is in charge of. Indeed, Calgary Mayor Naheed Nenshi joined the fray, calling the Notley government's suit outrageous.

The court action names Enmax; TransCanada; and Capital Power. It also names electricity generator Atco Ltd., the Balancing Pool, which is a public body, and its own power regulator as defendants. The court case is slated for November.

Mr. Charach, now an energy consultant, said in an interview with The Globe and Mail that the Klein government hired PricewaterhouseCoopers to oversee the creation of the PPAs. As the auction drew near, his job was to make sure the deadlines for the auction were met.

He said his role wasn't to debate the content of the questions raised by perspective bidders, including Enron, but to send their questions to legal counsel and PricewaterhouseCoopers.

In its July 27 letter, Enron also asked Mr. Charach to consider bundling the PPAs and its suggested modifications into a regulation. Mr. Charach then forwarded those concerns to the head of the Alberta Energy and Utilities Board, and a lawyer for Alberta Energy. The next day, PricewaterhouseCoopers accepted the modifications. Instead of a contract between two private companies, the new PPAs would now have the force of law and included in them would be the "or more unprofitable" clause.

"We were on a tight deadline and we had no involvement whatsoever about the content of those questions," Mr. Charach said. "My object was to have the auction proceed on time."

On Aug. 18, the modifications were bundled with the PPAs and made into a regulation. Mr. Klein's cabinet voted not to announce the new regulation through the typical process. Instead, the regulation was quietly posted on a government website for five weeks and then removed. The regulation can be ordered today from the government's printer, although it still doesn't appear in a list of regulations available to lawyers.

Whether "or more unprofitable" was in the public interest in 2000 was left up to PricewaterhouseCoopers, Mr. Charach said.

Mr. Charach says his understanding at the time was that the modifications requested by Enron were common and reflected the original intent behind creating the private system. Enmax and other companies that have backed out of PPAs have echoed that view.

If faced with the situation he faced 16 years ago, Mr. Charach says he would do the same thing. "The right thing was done, entirely," he said. 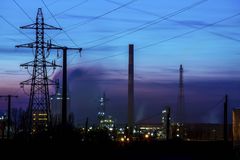 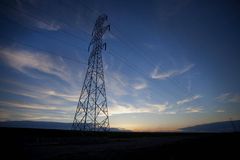