A prominent Edmonton lawyer has been disbarred after a Law Society panel found he misappropriated at least $300,000 from clients and other lawyers at his firm.

Shawn Beaver sat silently through the decision, which came after a hearing that spanned two weeks and included testimony from clients, former partners and colleagues in the firm, and Mr. Beaver himself. Behind him, his wife and daughters wept as the decision was read.

"Mr. Beaver has not yet rehabilitated himself, and he needs to be out of practice while that takes place," said Fred Fenwick, the chair of the three-person Law Society of Alberta disciplinary panel, in rendering the decision late on Wednesday afternoon.

'Nothing short of catastrophic': How one of Alberta's top legal minds lost everything

The panel previously heard evidence that Mr. Beaver had drained his firm's trust fund over a period in 2014 and early 2015, which included taking $115,000 from a disabled and homeless client over which he had power of attorney, more than $5,000 from an education fund for the children of one of his employees' brothers who had recently died, and a large settlement obtained by a colleague who had been out of work for a long period because of illness. The panel, which was comprised of two lawyers and a non-lawyer, also found Mr. Beaver wrongfully kept proceeds of a house sale from his former common-law wife, who had been severely disabled after a stroke.

Mr. Beaver admitted to three Law Society offences, was found guilty of four others and was not convicted of five more. He has been suspended since the trust-fund shortages were discovered by other lawyers in his firm in May of 2015.

Mr. Beaver's lawyer, Simon Renouf, argued that Mr. Beaver had proved his good character during a long and respectable legal career that spanned more than 20 years, and that the actions of that year were an aberration.

He filed letters from several people in support of Mr. Beaver, a respected legal mind who had been the gold medalist of his graduating year, taught at the University of Alberta Law School and had a successful criminal practice arguing at all levels of court.

During the hearing, Mr. Beaver testified that he suffered severe depression and was dealing with alcoholism in the period where the money was taken, which he said was prompted and exacerbated by the death of his mother and the breakdown of a relationship.

He said the money was taken to keep the firm afloat, as he lost control of his business while dealing with his mental and addiction issues.

In its decision, the Law Society found Mr. Beaver took the money both for his firm and his own lifestyle.

Mr. Renouf argued against disbarment, saying Mr. Beaver could be properly dealt with through an additional period of suspension of at least 12 months, and could then work under a number of conditions, including having no access to client money, and being subject to random alcohol testing.

Mr. Beaver also addressed the panel with an emotional apology to his former clients and colleagues, his family, his mentors and the broader law profession.

Delivering the panel's decision after an hour of deliberation, Mr. Fenwick said the panel found Mr. Beaver's apology genuine and that it showed "real emotion and a certain level of insight." He called it "a genuine and good start" on Mr. Beaver's rehabilitation.

But Mr. Fenwick said the panel concluded disbarment of Mr. Beaver was necessary to maintain the public's confidence in the legal profession, and for the general deterrence of other lawyers.

In addition to the disbarment, the panel ordered that Mr. Beaver pay $120,000 in costs for the Law Society's investigation and the hearing against him. The case is also being filed to the attorney-general for criminal investigation.

Mr. Beaver declined to comment immediately after the decision, but later sent a text saying, "Obviously I did wrong and a punishment had to be meted out. I was hopeful for a suspension to allow me to continue in the work I love."

Disbarred lawyers can apply for reinstatement after a year, but lawyers involved in the hearing could recall only one case in Alberta where a lawyer was reinstated after disbarment.

Betrayal: How one of Alberta’s top legal minds lost everything
February 12, 2017 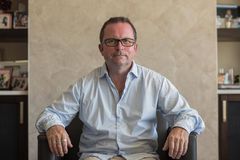