Operating in Canada's two official languages from an early age has had a significant impact on Pierrette Requier's relationship to language. A Franco-Albertan born and raised in the Peace River region of northern Alberta, Ms. Requier now lives in Edmonton – where this month she became the city's new poet laureate.

Ms. Requier's paternal grandparents came to Alberta from the island of Jersey in the English Channel. They were French people who functioned in both languages – speaking French like Bretons and Normans and speaking the Queen's English.

Ms. Requier – spirited, whip-smart and 65 – is a force on Edmonton's literary scene. She mentors and performs – and of course, writes. Her first book of poetry, details from the edge of the village, was autobiographical and novelistic – and though written in English contained an important bilingual component. Next fall her first play, Les Blues des oubliées, which deals with her family's history, will premiere at l'Unithéâtre in Edmonton – in French.

The Globe and Mail reached Ms. Requier in Edmonton.

How do you think growing up with two languages and being bilingual has affected you as a poet?

Initially I wrote most of my poetry in English because I live in a mostly unilingual province. And I found that there were French words that kept sneaking in here and there. So I have a few French pieces and pieces that are in both languages and just would not [work] otherwise.

I live a certain kind of inferiority because I speak English with a French accent and my French is not the French of a Québécois, a Montréalaise or a person from Quebec City. It was not, for a long time, international French. And I went to France and was on a tour bus with a bunch of anglophones and after I came back home from that trip, I thought I'm completely surrounded by anglophones and I'm mad. And I had never felt angry about it before. I felt as if the language of my heart, ma langue maternelle, was always neglected. And I thought: What are you gonna do about it?

So I devoted five years to reading almost uniquely in French. I read plays, essays, poetry, novels, I listened to music. Basically I did this for five years and it was this watershed where I [ultimately] felt great in both. Another turning point for me was doing a workshop with Eunice Scarfe, where she read to us from Sandra Cisneros, a Latino-American. Her book was The House on Mango Street and Sandra writes with a Latino accent and Eunice was reading five of the vignettes from the book and I went "ta-da! That is how I'm going to use my two languages. I have two and I will write in both."

So that was kind of the gestalt that I needed. After that, there was not one shameful feeling about the way I speak or the way I express myself. It's a dialect and it's valuable and it felt really, really rich.

How has this discovery translated [pardon the pun] to the public appearances for which you're so well known?

In my five-year quest to give all the love I could to my mother tongue, I translated 30 of the poems and I performed them in public. At one point I thought we are going to get half and half [English and French audiences]. But they were mostly anglophone at the venue. I did it anyway and to my delight, people adored hearing French and it was one of the most beautiful, delicious, surprising experiences of my life. It's made me come alive. In every little part of Canada, there are people who speak French. And we really silence ourselves. It's not good for the health – mental, spiritual, physical or otherwise.

I imagine this has all had an impact on the creation of Les Blues des oubliées?

I have written the play in a northern Alberta French dialect but with the voice of my grandmother being la raconteuse, the storyteller. It's primarily in French but I have played with excerpts of it to present to my anglophone public. [In workshops] a lot of people said, 'I understood way more French than I thought I knew.'

I think that a lot of Canadians understand more French than they think they know. I guess my job in the last seven years has been to say: well it's around, we're here, hello. And to make it fun and wonderful for them to hear. That's why poetry's great. There's a cadence. Every person has his or her own cadence, their own music. There's a rhythm to the poetry and the play.

When we did a reading last November, a flutist used [music] to show the immense space of the prairie where my grandmother landed – the amazingness of it, the unbearableness of it, the fearfulness of it, the wind, the misery that these people lived, and all those prayers thrown into the prairie sky.

Alberta seems to play an important role in your work, in addition to the language. What inspiration have you taken from the land?

Oh, a lot of inspiration. I think it's the land and the spaciousness. There's so much space here. I'm so much a prairie girl and one of the ideas that came out of writing the play is that my grandfather worked at the land titles office when he came to northern Alberta, so he saw people from everywhere in the world arrive to buy their quarter-sections at $10 each. He would say 'ici il y a bien de place pour tout le monde.' 'Here there's room for everybody.' And one of the questions that the play asks is: Isn't there room for a lot of new stuff here? New ideas?

There's a line in your poem Unravelled where you write 'Hard to call this home, to have the heart for it, on this March morning.' Despite the weather-related hardships, why is Edmonton still home?

Because this is where my people grew. I'm very, very rooted in the land. I'm an urban woman; I've lived in the city all my adult life, but I still have to have my garden. I still have to dig in the soil. I think it's a sense of being rooted. And the spaciousness. One of the characteristics of my core or my being is a certain spaciousness and openness to ideas and a certain gutsiness in trying out new things like standing and reading half my poems in French in what people consider a unilingual place. But it isn't a unilingual place. It's not.

For an emerging poet like Shane Book, winning the Griffin Prize would be a life-changing event
June 2, 2015 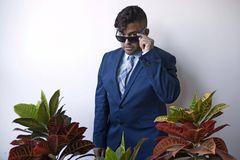 Words that capture the big things in life for National Poetry Month
April 26, 2015 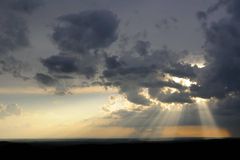 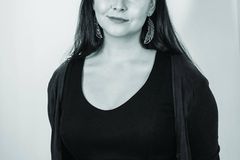