The cattle industry is hoping the federal government will use the momentum from a recent beef deal with Mexico to help the Canadian industry gain full access to other export markets, including China.

During a state visit in Ottawa on Tuesday, Mexican President Enrique Pena Nieto and Prime Minister Justin Trudeau announced that Mexico will fully open its market to Canadian beef in exchange for Canada ending visa restrictions on Mexican travellers. The Canadian cattle industry says the decision will give beef producers a much-needed boost in Alberta and Western Canada, which have been hit hard by slumping oil prices.

Mexico currently allows only Canadian beef products from animals under 30 months of age, but restrictions will be lifted on Oct. 1.

Cattle groups now want Ottawa to strike similar deals with other key markets, such as China and Taiwan, which have had restrictions on Canadian beef imports since an outbreak of bovine spongiform encephalopathy (BSE), or mad cow disease, in 2003.

"This agreement now, the final step with Mexico, sends a very clear signal to the rest of the world: What are you waiting for? There's no reason for us to be in this situation with China that we are, with Taiwan that we are," said Rob Meijer, president of Canada Beef, an industry marketing organization.

"The potential for China could be three to four times greater [than the Mexican deal]," Mr. Meijer said.

Cattle industry groups understand the politics behind market-access deals and that agreements are often timed with high-level visits. Mr. Meijer said he is looking to Mr. Trudeau's trip to the G20 leaders' summit in China this September as an opportunity to announce full Canadian beef access to China.

"I think that [the G20] is going to be our best chance, particularly on the heels of what we heard through the Mexico arrangement," he said. "I'm really worried that if we don't dig into that opportunity, it's going to be another year before we see any movement, and nobody wants that."

The cattle industry also has its eyes set on business with Taiwan, which expanded its ban on Canadian beef in February, 2015, after a BSE case was found in Alberta. Canadian beef exports to Taiwan were valued at $13-million in 2014, but they plummeted to $740,000 last year after the ban. Although Taiwan is a smaller market for Canadian beef, Mr. Meijer said it is an important one because it acts as a gateway to Southeast Asia.

Although there are no obvious upcoming opportunities for the government to announce a deal with Taiwan, John Masswohl, director of government and international relations at the Canadian Cattlemen's Association, said he is hopeful restrictions will be lifted soon.

"We've been following this scenario in Taiwan. They've been working their way through their internal process. I had some very positive meetings there. They've sent a team over here. So I think that's going to be approved at some point in the not-too-distant future," Mr. Masswohl said.

Agriculture Canada said the government is working with authorities in key markets to expand entry where Canadian beef only has partial access, including China, Indonesia, Japan, Saudi Arabia, Singapore, South Korea, Taiwan and Thailand. The department said China and Taiwan are priorities.

"We continue to work with Chinese authorities to expand this access, as this is a priority market for Canada," Agriculture Canada spokesman James Watson said. "Canada has made numerous interventions in an effort to restore access of Canadian beef to Taiwan. This issue is a priority for both Canada and Taiwan."

The deal-making process can be a long one, according to Adam Taylor, who worked as an adviser to former international trade minister Ed Fast. Mr. Taylor said the previous Conservative government worked on the Mexican beef restrictions for years, knowing that the only way it would achieve a deal is if Canada lifted its visa requirement for Mexican travellers. Work to resolve the beef issue was well under way in October, 2013, he said, when Mr. Fast was supposed to travel to Mexico to finalize a deal, but the visa matter could not be sorted out in time. That trip never happened.

Nearly three years later, the Liberal government is taking credit for the deal.

"Whoever brings the fish into the boat gets credit for catching it," Mr. Taylor said. "But, you know, the line was in the water for a long time."

Politics aside, cattle industry groups say these kinds of agreements provide greater market access, which in turn give Canadian beef producers the assurance they need to grow their herds.

"We're pretty positive that we're getting all of these issues addressed, and that sends a signal back to cattle producers about confidence," Mr. Masswohl said. 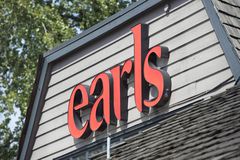 The beef with Earls – lessons learned from a messy mistake
May 26, 2016 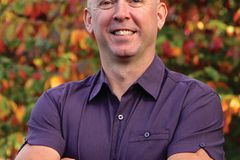