Dr. Hakique Virani has been on the front lines of Alberta's battle with fentanyl. In the first half of this year, 145 Albertans died of fentanyl overdoses and Dr. Virani's clinic in downtown Edmonton sees dozens of fentanyl cases weekly. A physician who also teaches at the University of Alberta, the 38-year-old specializes in addiction medicine. He spoke with The Globe's Justin Giovannetti about Alberta's leading public-health crisis.

To use one word: bad. This is the worst problematic opiate use we have ever seen in Alberta. We are essentially seeing a death a day. The deaths are occurring in every socioeconomic demographic and every age group, you name it, people are using fentanyl and are at risk of overdose death. It's urgent and the No. 1 public-health problem in Alberta.

On the front line, we see people who were formerly well-functioning and had jobs, such as professional athletes and bankers, as patients. For whatever reason, they were exposed to opiates, either after a prescription from a doctor for an injury or through from recreational use, and that use has escalated very quickly into dysfunctional use that is associated with social dysfunction: job loss, apprehension of children, criminal activity. The changes in the human brain that occur with chronic opiate exposure are such that there is a complete loss of control. I don't think it's banal to say that it really could happen to anybody.

Is there a possibility that this fentanyl crisis flames out over time?

If there was, I wouldn't be so shocked to see the magnitude of the problem now. It's predictable that fentanyl and heroin would arrive in Alberta because we've done a very poor job of addressing this problem with evidence-based intervention. I don't think it's natural that this has flared up or will flame out. It's a function of our failure to address an issue that was simmering, bubbling and is now boiling over.

What do you make of the Notley government's response so far?

I'm not going to say that it's unfortunate that we have a new government, but what is unfortunate is that there is a delay in acting when you take over a file. You try to learn things, you have to trust your bureaucracy to inform you about the situation, but we're at a [crisis] point now. We first saw this, ground zero, with the Blood Tribe, where this problem turned from insidious to overflowing. That was in January, we're almost at the end of the calendar year now and we don't have a great handle on the distribution of the antidote naloxone yet, we certainly don't have access to treatment figured out and we don't have supervised injection sites in Alberta, which might have tempered this problem.

I would characterize the government's response as inadequate but I'm cautiously optimistic that their ideology is consistent with the evidence.

There is an argument for abstinence-based treatment in Alberta. How would you improve the treatment system as it currently exists?

Treatment must be evidence-based. Period. We must do more of what works. In a system where resources are always necessarily scarce and we are dealing with other medical needs, including needs in mental health and addiction, we should stop doing what doesn't work and we should really stop doing what kills people. The evidence is very clear that an abstinence-only admission to care is the No. 1 factor associated with death. At the level of the President of the United States there has been recognition that offering abstinence-only treatment is not okay.

This is not someone's failure to exercise conscious volition over drug use, but this comes after fundamental changes in their neurobiology. Their only fault is that they had a human brain. This isn't something that they want to do. They have no control over the drug use and if they are exposed [to the drug] one time after an abstinence-based treatment they can die. It's a science versus ideology debate, not a science versus science debate.

The antidote naloxone only works when a user has someone with them when they use fentanyl. You've raised a need for supervised injection sites. Do you think those sites are possible in Alberta?

I think after the federal election on Oct. 19 more things are possible in every province. There has certainly been a more open dialogue around the idea of supervised injection sites. The evidence around Vancouver's Insite is not mixed; it's clear. It works at reducing the dysfunction associated with injection drug use and it works with preventing death from drug toxicity. 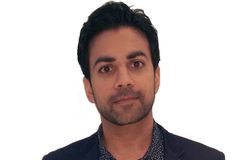