The spring session of the Alberta Legislature wrapped up this week, capping a tumultuous stretch in provincial politics. Debate over carbon, the debt ceiling and even the fracas caused by Wildrose MLA Derek Fildebrandt's short-lived suspension from the opposition benches were all eclipsed by wildfires that raged through Fort McMurray for much of May. Such is the backdrop as the NDP hosts its 47th annual convention, and its first since assuming power, this weekend in Calgary. Lori Williams, associate professor of political science at Mount Royal University, looks back at the session that was and what to expect as the legislature breaks for the summer.

There were a lot of moving parts in the spring session. What stood out?

The Fort Mac crisis dominated the legislature. That completely consumed the business of government for more than a month.

There was a complete change of tone and dynamics during that time. Everybody seemed to basically be united in trying to get information out to help the evacuees deal with immediate needs.

It was an enormous effort that I think took more hours than there were in a day to manage. And during that time, again, the focus was on trying to get what was needed in the immediate crisis to the people who had those needs and to communicate what was going on in their city that they couldn't get to.

Can the bonhomie between Premier Rachel Notley and Wildrose Leader Brian Jean last?

Just the fact that Brian Jean lived there and lost his own home meant that there would be a completely different dynamic between them, I think.

More voices were needed to communicate what was going on, to encourage people to follow the directions or the guidelines that were being offered and provide the reassurances.

Brian Jean was a very important part of that communication team. It wasn't that they didn't have differences on some points, or that he didn't criticize the government for not having made good on some of the recommendations that came after the Slave Lake fire.

But partly because Rachel Notley wasn't in government at that time and probably couldn't realistically be expected to implement all of those recommendations, that criticism sort of fell to the back burner. It will come to the fore again, but it fell to the back burner as the immediacy of the crisis occupied everybody that was involved.

Wildrose MLA Derek Fildebrandt was briefly suspended from the caucus after seeming to endorse a homophobic comment on social media. He later recanted, claiming he had misread the post. That followed an outburst in the legislature during a visit by Ontario Premier Kathleen Wynne. How will this impact the opposition as it tries to build support?

I don't think there's any question that there has been a change of Derek Fildebrandt's status within the party, and probably within the minds of Albertans broadly speaking, for good or ill.

But the timing in this case was particularly bad, and it's lost him credibility, not just with Albertans broadly, but it's made him look like he is politically tone deaf, insensitive and, of course, it brings up all of the concerns that Wildrose has had to deal with over the years, and it actually might have hurt the party long-term. It makes it more difficult for them to look credible as a party that can govern.

What are you watching for at the NDP convention?

I think a lot of people understand under the circumstances that the deficit is large and probably will grow beyond projections because of the Fort Mac fire. But without any plan for bringing it back into balance? That's something they're going to have to address.

What's your impression of how Ms. Notley has managed through the economic turmoil and now the disaster in Fort McMurray?

She's had challenge after challenge thrown at her. The economy has had blow after blow. Then the Fort Mac fire. And, of course, a couple of problems of her own party's making – the mismanagement of Bill 6 [farm safety legislation].

But I think that her management of Fort McMurray has raised her respect in the minds of even people who didn't vote for her. I think she's done a very good job of communicating. 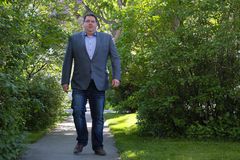 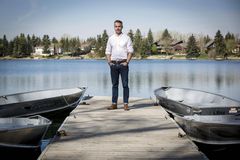 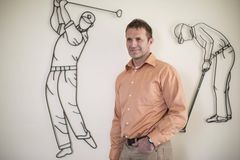