With his ever-present pinstriped suits, and colourful ties and shirts, George Jacob presents an image as striking as the museum over which he presides. The futuristic building on the rolling landscape just west of Grande Prairie contains a rare collection of dinosaur specimens, and features a slate of interactive exhibits, a fossil lab and helicopter tours to nearby Pipestone Creek – one of the world's densest dinosaur bone bed sites and the reason for the museum's existence. The museum will celebrate its one-year anniversary next month, and Mr. Jacob – a prolific impressionist painter in his spare time – reflects on the dinosaur outpost's early days.

Can you describe what the past 11 months have been like for you?

The past 11 months have been incredible for several reasons. We passed 100,000 visitors in the month of June, which is Month 10. That's a milestone we did not anticipate. At the time of the opening, we were looking at a number that was 50 per cent of that target for the entire year. So crossing that threshold of 100,000 visitors in the first 10 months was incredible. The second major development is that we won nine awards in nine months. That was quite the journey. These awards range from excellence in architecture design, exhibit experience, structural engineering, civic reach and project leadership. It actually covers the gamut of pretty much every aspect of our functioning and operations. The third incredible thing that happened is that we were able to raise adequate awareness and funding to make sure the museum is sustainable in its operations. Increased visitation was a great contributing factor. And we were able to write multiple grants to secure additional funding from the Municipal District of Greenview, Saddle Hills County, the County of Grande Prairie and a number of other sources.

You've had more than 110,000 people come through your museum in the first 11 months of its operation. How have you managed to get so many people to come to a museum outside a smallish city in northern Alberta?

Part of the power of the museum is its location. The fact that we are located off of Alaska Highway 43 gives it great visibility. That highway sees about 12,000 vehicles a day, with a season spike in summertime of both American tourists and domestic, going to Alaska. Mile 1 is in Dawson Creek and we are en route. So a fraction of that traffic stops over at the museum. So that has been a good catalyst. The second is that three different publications have hailed this museum as a top 10 destination in 2015 and '16. The most significant among them is Condé Nast Traveler, which put us in the Top 10 new museums opening around the world. And we are the only one on that list from Canada. And Condé Nast Traveler gets 4.3 million hits on their website every month. That is a great endorsement. The second endorsement came from Air Canada enRoute magazine, that puts us in the Top 14. And The Globe and Mail, of course, before the museum opened, put Wembley, Alta., on the Top 10 destinations to look out for.

Do you have any idea how many Americans are coming to the museum? Do you think the low Canadian dollar, the strength of the U.S. economy and the relative safety of Canada as a travel destination played a role in your higher-than-expected attendance numbers?

The percentage of American tourists has jumped from 1.5 per cent, up to December, 2015, to 16 per cent in 2016 – spiking through March break and summer. The weak loonie has equated to stronger tourism numbers in Alberta and the Alaska Highway traffic. While safety of the destination or the geopolitical domain could be a factor, it is hard to assess the true impact and rationale of increased tourism dollars in northern Alberta during summer months.

Dan Aykroyd played a key role in establishing the museum. Does he continue to play a part?

He is our ambassador-at-large and adviser – both Dan Aykroyd and Donna Dixon Aykroyd. He and his family have been great supporters of the museum and have spent time and effort in promoting the institution both nationally and internationally. He has organized multiple Harley-Davidson rides to raise awareness of the museum – about 500 bikers from all around Alberta and British Columbia. This has been a great boost for the image of the museum. There is a theatre inside the museum dedicated to their family. It's called the Aykroyd Family Theatre and it's the only theatre formally partnered with National Geographic, in Canada.

What is next for the Philip J. Currie Dinosaur Museum?

Several things down the line. We have an interest in expanding the facility to accommodate a number of facilities that will not only change the business model, but will enhance the value and the intrinsic credentials of the institution – and that includes an endowed professorship through the University of Alberta in invertebrate paleontology. It includes an expanded climate-controlled collections storage facility. It includes adding new exhibits and keeping the content fresh. It includes potentially an IMAX Laser 3D projection system. And it also includes building an annex for resident scholars, so that when they come for paleo digs in northern Alberta, they have a place to stay, and they have a place to store their equipment and collections. 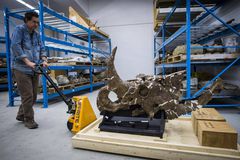 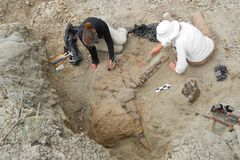 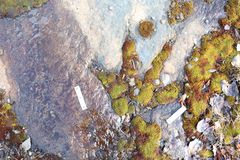