Frustration is mounting among some displaced Fort McMurray residents who are becoming increasingly anxious to get home after last week's wildfires but still have no idea when – or how – that will take place.

In her daily media briefing on Wednesday, Premier Rachel Notley reiterated plans to have more information for evacuees in the next two weeks, but stressed that it's not yet safe for people to return to the northern Alberta community. She said the re-entry of residents isn't based on a specific timeline, but on meeting certain criteria to ensure the safety and security of residents.

"We are very, very aware of the stress and the anxiety that many evacuees are feeling …," she said. "And we understand, of course, the desire to get back home."

Karina Pillay-Kinnee was the mayor of Slave Lake when a third of that small Alberta town burned to the ground in a 2011 wildfire. "It's a massive, massive undertaking," said Ms. Pillay-Kinnee of the re-entry process. "It's not just coming back in. You have to live there, too."

Ms. Pillay-Kinnee says she recalls the growing anger and frustration of evacuated residents in the days after the Slave Lake fire. There were attempts to sneak back in through roadblocks, people talking about forcing their way through, and emotional public meetings that dissolved into yelling and tears.

"I feel for the residents of Fort McMurray," she said. "I just remember where they're at now, and it's frustrating. It's pretty tough."

Days after the fire in Slave Lake, there were streets of smouldering pits where houses had burned, and the temperature in one basement was measured at 200 degrees. When a helicopter crashed in the area, it was difficult for crews to respond because they were involved in managing the fire scene. Ammunition sometimes exploded from the heat within the rubble, and one worker fell into a burning peat bog.

Ashes and dust had to be tested for chemical levels, and the air monitored to ensure it was safe to breathe when people returned. Water, sewer, gas and power systems needed to be repaired and restarted. Waste-management facilities had to be ready to deal with a flood of garbage, from food left rotting in refrigerators with no power, to piles of rubble and ash. The first haul of ash weighed more than 6,000 tonnes, and was so toxic it had to be disposed of as hazardous waste.

Buildings that were undamaged by fire, like the hospital, often required significant work to be operational again. Ms. Pillay-Kinnee said 80 people worked to clean the hospital before it could be re-opened, including disposing of supplies that had been contaminated with smoke. Before residents returned, the 911 system also had to be operational, and fire, police and medical facilities had to be prepared to deal with any other emergencies that might arise.

As tension mounted among evacuees, bus tours were offered so Slave Lake residents could at least see the community. The tours were arranged after Ms. Pillay-Kinnee consulted with the mayor of Kelowna, B.C., where 238 homes had been destroyed by wildfire in 2003, and were intended to help displaced residents with "the closure and grieving."

Slave Lake residents were able to start returning about 10 days after the fire. The re-entry was done in stages, with police officers, firefighters, medical personnel and government officials allowed back in first, followed by those operating drug stores, grocery stores, banks and gas stations, and then residents by neighbourhood.

Ms. Pillay-Kinnee said everyone was anxious to get residents home, and worked intensively to make it happen.

"We knew the longer it was delayed, people would start thinking of not coming home, and with the business community, we needed to get it up and running," she says. "As Albertans we're pretty self-sufficient – when you're forced to rely on donations and the generosity of others, it can be tough on the pride."

Staying behind in Fort McMurray, Lou Callan provided glimpse of damage
May 11, 2016 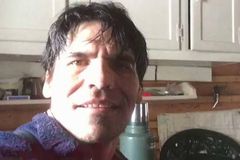 Could cloud seeding have saved Fort McMurray? Does it even work?
May 10, 2016 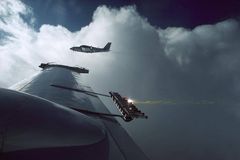 exclusive
Inside Fort McMurray: Helicopter crews battle wildfires to save the city’s infrastructure
May 8, 2016