Even a glimpse at the state of Fort McMurray a couple of weeks after wildfire destroyed big chunks of the city shows the immensity of the task ahead before anyone can move back.

Alberta Premier Rachel Notley said residents may be able to start trickling home starting on June 1. Her timeline was greeted with relief by evacuees spread across Alberta, including her political opponent, Brian Jean, leader of the Wildrose Party and whose own house was destroyed.

The NDP Premier was clear that the timing could change if fires flare up again, or crews hit snags in restarting utilities or other essential services, such as health care, emergency response or even grocery stores and pharmacies. All of the roughly 80,000 people forced to flee will not be able to move back right away.

Fort McMurray is not ready to resume its role of home to anyone yet. On Wednesday, access into the city remained tightly controlled, with police at exits of the main highway through town preventing vehicles from turning onto any streets unless authorized to do so.

Smoke hung heavily in the air, making breathing uncomfortable and prompting many police and others to wear respirators. Within the city limits, the extent of the damage remained stark, even with cleanup operations well under way‎. Flatbed trucks carrying the husks of burned out cars trundled south out of town on Highway 63, the road that very recently was bumper-to-bumper with escapees from the encroaching blaze.

Utility crews moved in and out of neighbourhoods. Numerous tractor-trailers hauled modular housing up into the area. A sign reminded visitors that a boil-water advisory remains in effect.

A mobile-home park visible from a highway overpass lay mostly in charred ruins. Twisted remains of a hotel, seen in now well-known news footage burning on the day of the mass evacuation, was beside a gas station that inexplicably escaped the flames.

Just south of Fort McMurray, smoke still rose from some hot spots in the blackened forest.

Now, with the fire that caused Canada's costliest disaster still expanding westward, the clock has started ticking on bringing people back.

It's is one of the thorniest jobs in a disaster – balancing the hopes of increasingly anxious and frustrated residents with the ability of the broken city to accommodate them. Give the green light too soon, and Ms. Notley and officials could be faced with explaining new safety worries and about-faces. Wait too long, and her government could have to fight another firestorm – this one from angry residents sick of living as refugees with no end in sight.

Other disasters have shown what can go wrong. After Hurricane Katrina triggered levee breeches that swamped 80 per cent of New Orleans, residents in some areas had to wait months before coming back to consider rebuilding wrecked homes, and even then politicians argued about whether that made sense given the extent of the damage. State aid programs to help residents with rebuilding costs became a bureaucratic quagmire. Residents remained scattered around the United States.

More than a decade later, debate still goes on, and some neighbourhoods remain only partly populated. No elected officials from that time – federal, state or mayoral – emerged with their careers intact, due to the bungling and infighting.

In Alberta, it appears that Ms. Notley and Mr. Jean have put aside some of their political differences for now to collaborate on the next steps for Fort McMurray, standing together with Wood Buffalo Municipality Mayor Melissa Blake on Wednesday to give details of the timetable for returning to the city. That's a welcome early sign, and raises hopes that goodwill lingers long after the cameras shut off.

Currently, evacuees outside a reception centre in Lac la Biche, Alta., talk about their desire to at least get a look at their houses to gauge how much work might be in order. Still, many are realistic that officials have to take the necessary time to make sure it is safe to do so. Indeed, an explosion in the city on Monday destroyed several homes, raising fresh concerns.

What many may not realize is that this is the very beginning of what will be a long and tough road ahead for returning to life as normal in Fort McMurray, where the economy was already under heavy pressure due to the collapse in oil prices that hurt its dominant industry.

The provincial government's efforts so far are laudable. It's in the many months ahead that that any frustrations over the pace of rebuilding will really be at risk of flaring up. That could prove to be an even tougher balancing act for Ms. Notley and Co. 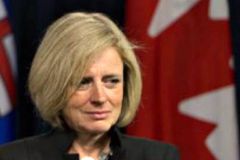 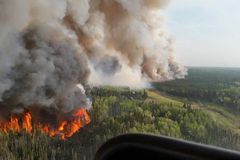