For more than a decade, Fort McMurray's schools have choked with growth as families from across the country and the world poured in to chase oil sands riches.

Plans for new schools were drawn and modular classrooms sprouted from buildings to relieve some of the pressure, but it wasn't enough. Some grades saw more than 35 students a class, straining teachers who themselves were hard to recruit and keep in the Northern Alberta community.

The effects of boom-time growth are still being felt amid the economic downturn. But as Fort McMurray's school system plays catchup with new construction, administrators in the public district are also bracing for a new challenge: a possible 3-to-5-per-cent decrease in enrolment due to a year-long collapse in oil prices.

"Whether or not the decline will actually materialize, we have to wait and see," said Doug Nicholls, superintendent of Fort McMurray Public Schools.

The picture will become clearer after school starts on Aug. 31. Before classes began last September, oil prices were still over $100 (U.S.) a barrel. Then they kept dropping – to the $80 range in October and to below $50 a barrel in January. Prices have remained depressed throughout 2015. 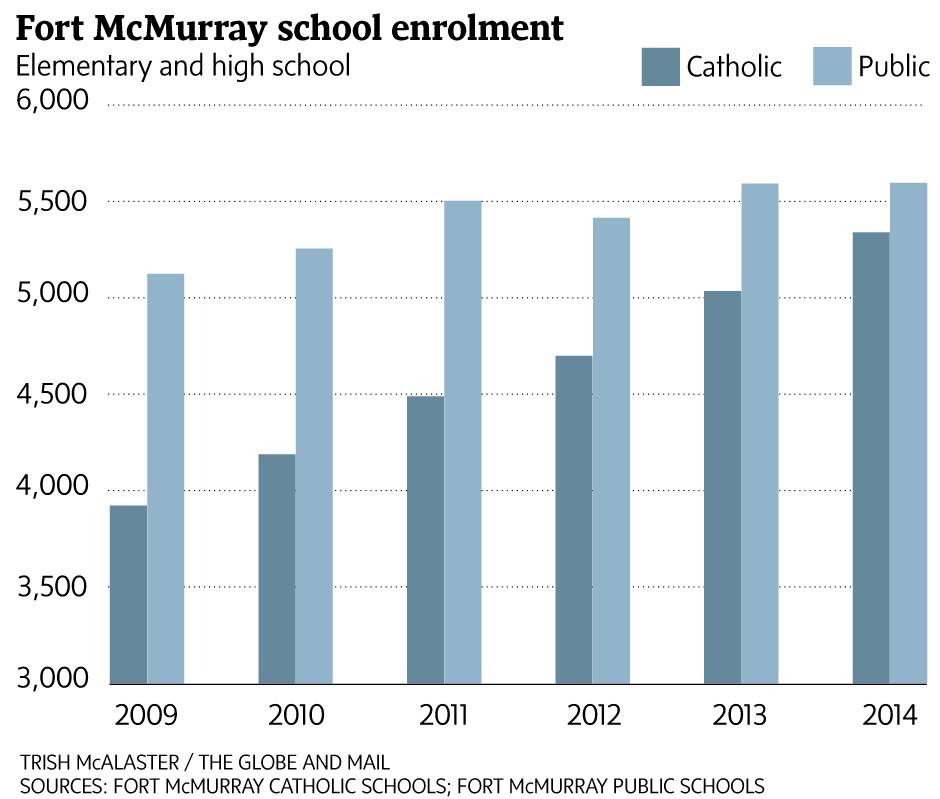 The oil crash has stalled expansion and reduced jobs in the oil sands. Many in Fort McMurray believe job losses have largely touched workers who flew in and out and didn't call the community home.

The school numbers will help show if Fort McMurray parents have been affected, too, and whether some have abandoned the high-priced community and moved elsewhere with their children.

Timberlea, a subdivision north of the Athabasca River, will be a barometer. The community has seen the most rapid growth in recent years.

On a recent morning in Timberlea, hard-hatted construction workers in orange vests shovelled dirt off a residential street. A mound of dug-up earth and a looming deadline stood before the workers. They are constructing a new public elementary school, expected to open in 2016 and accommodate 600 students with the aid of six portables.

A few blocks away in Parsons Creek, two more elementary schools – one public and one Catholic – are slated to open in 2017. Meanwhile, another elementary school in Timberlea is being expanded to accommodate high school students.

It took many years to get to this point. Wrangling money out of the provincial government for these much-needed schools was not easy. Their construction could now cost less because of the economic slump, Mr. Nicholls noted.

It's believed Fort McMurray has more modular classrooms per student than any other jurisdiction in Alberta, according to the public school district's recent facility master plan. Enrolment in public and Catholic schools increased 21 per cent between 2009 and 2014.

"This is not the last set of schools that Fort McMurray will require," said Lorna Spargo, who is a school council chair and a parent of three school-aged children. She hopes the government will continue to build more classroom space and not wait until the next boom. École McTavish, a school that opened in 2011, was the first new public school built in 25 years.

"The economy will turn around," she said. "Whenever there's even the slightest bit of growth, Fort McMurray feels it in a huge way."

Some of the community's growth is attributable to a baby boom. From 2009 to 2012, Fort McMurray's birth rate per 1,000 women was 34.8, higher than the provincial rate of 26.8, Alberta Health Services data show.

There were 1,420 children under the age of one in the Fort McMurray area as of March, 2014. This is one-third more than the number of students who were enrolled in Grade 1 in 2013.

"There have been a lot of young families who moved into the community in the last five to 10 years," noted François Gagnon, secretary treasurer of Fort McMurray Catholic Schools. "All these young families have started to have babies and now we're starting to see them in our schools."

Elementary schools are expected to continue to feel growth pressures, which will eventually ripple to high schools. According to the Catholic school district's 2014 enrolment data, it had 38 per cent more students in Grade 1 than in Grade 6, and 50 per cent more than in Grade 12.

At least one challenge has gotten easier in both the Catholic and public systems: More teachers are staying in Fort McMurray because the oil sands community has matured, adding recreational facilities and entertainment options.

"We have less teachers leaving," Mr. Gagnon said, noting many of Fort McMurray's teachers are from Atlantic Canada. "Many people are looking at this community as actually a great place to live." 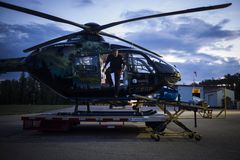 Alberta’s oil patch faces a refining moment – and B.C. wants in too
August 14, 2015
Take a look inside Fort McMurray’s colossal rumpus room
June 26, 2015
Follow Renata D’Aliesio on Twitter @renatadaliesio
Report an error Editorial code of conduct
Due to technical reasons, we have temporarily removed commenting from our articles. We hope to have this fixed soon. Thank you for your patience. If you are looking to give feedback on our new site, please send it along to feedback@globeandmail.com. If you want to write a letter to the editor, please forward to letters@globeandmail.com.
Comments