A young Calgary man was charged this month after allegedly flying a drone too close to the airport. It's the kind of thing that worries Medicine Hat's Sterling Cripps, 54, whose company, Canadian Unmanned Inc., trains commercial and government users, along with municipal police, on how to legally and safely operate drones.

As the use of unmanned aerial vehicles (UAV) in real estate, mining, oil and gas, agriculture and environmental and road surveying booms, his courses are in demand across the country. A pilot, Mr. Cripps is behind the push to create a special airspace for training operators in beyond-the-line-of-sight drone flights near the village of Foremost, Alta. His company also leases out and operates a massive drone catapult launcher. The Globe and Mail caught up with Mr. Cripps during a break in one of his Calgary training sessions.

What's the most important thing you teach to the people you are training to use drones?

The most important thing we're teaching right now is the rules and regulations for commercial operations of flying drones in Canada. It's just understanding where people are operating, and what the implications are for the type of airspace that they're in, and also making sure they have proper and adequate emergency procedures in place in the event they have an incident where either they crash or the drone flies away. And that does happen. That's a hazard – through no fault of the operator in most cases, they will have a glitch. The lower-end drones – they do suffer from failures. All of a sudden, it will just keep climbing while they're trying to bring it down, and it won't respond. There are procedures in place where if you're prepared, for instance you will have phone numbers for air traffic control authorities. But the most important thing is you are aware of where you're working in the air space.

If you want to fly a drone for commercial purposes, you have to comply with criteria set out by Transport Canada, including specialized drone training, a Special Flight Operations Certificate and at least $100,000 in liability insurance. There are a lot of hoops to jump through. Given the explosive growth in the use and demand for drones, are you concerned about some commercial drone operators out there skirting these rules?

Yes, that certainly is a concern. And the way we're dealing with it now is through education, through classes like this. Transport Canada has the rules and regulations posted on its website. I know certain hobby shops that sell these products are given pamphlets and cards from Transport Canada that inform the purchaser that there are rules and regulations if you're going to fly. And it's also the responsibility of the person hiring those people to be aware and be cognizant – to ask, 'Do you have a licence, do you have a certificate to fly this, are you compliant with Canadian air law?' You see it on YouTube all the time – people flying illegally. You know they're flying illegally because there's no way they would get permission to fly over a crowd of people.

Everyone always wants to know when drones will deliver packages for Amazon or do more independent work. That will require beyond-visual-line-of-sight flights, which are very rarely permitted in Canada. How close is Canada to allowing out-of-sight drone flights?

Although the technology exists for this, it's a long way off. It's going to be a long time before you see a parcel coming down the street. We don't have the infrastructure to manage launching and receiving parcels this way. It's sort of a pie-in-the-sky. Where it does exist – these deliveries – is in Third World countries where they're delivering medicine and small parcels across rivers or washouts, and things like that. There are groups doing that right now. But for general day-to-day delivery, I doubt I'll see that in my lifetime. Transport Canada will not allow a UAV flying down the street. The air space – we can't manage it. The technology is there. If they want to drop it off on their doorstep, you'll put a little circular receiver there, for the thing will home in on and come down and then take off again. But it could be interfered with. People will hit them out of the sky. It will become a fun target. People will want to rob it. It's a good campaign by Amazon to promote that great initiative but unless you're in a very rural area where you're delivering something of value and substance, you're just not going to see it happening.

Transport Canada is expected to make a number of changes to drone regulations this year. What do you expect in terms of change in 2016? Will Canada move to a system of registering drones, as we have seen in the United States?

I'm hoping that we will see the rules and regulations for operating drones of 25 kilograms or less, line of sight, put into the Canadian Aviation Regulations. What would change the most would be how people would receive permits to operate drones. It would be like driving a car. You go write your exam, and then you know what the rules are. Stop signs mean stop. You need to yield. Once you get a certificate to fly under 25 kilograms, you'll be expected to know the rules, and you'll have to do a Transport Canada exam in an exam centre to satisfy their knowledge requirements. Right now you don't have to. It's not putting the lid on anything – it's making it more transparent and more accessible – but at the same time, trying to maintain a level of safety and accountability.

What's the biggest misconception about drones, or drone use?

Some people who have drones are unaware there are rules and regulations. They think they can fly them anywhere. And the biggest public misconception is that people are worried they're going to get spied on. Not many people are doing it for that reason. Some are, but I think for the most part where I see drones in our industry, they're out there doing good work – mining, agriculture, environmental stuff, transportation. That's the bulk of it. You'll get the goofy adolescent who will go out and maybe try looking into apartment windows and stuff like that. But I think that's a big misconception – that people are out there purposely trying to spy on you. The worst-case scenario is people who don't know what they're doing, flying into areas that can endanger aircraft or the general public. 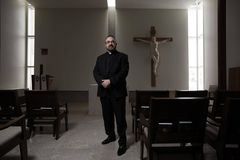 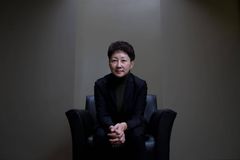 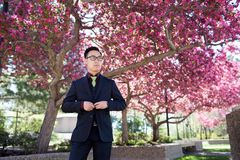