Alberta Premier Rachel Notley this week apologized for the province's inaction against the residential school system that removed thousands of First Nations children from their homes and placed them in abusive settings. She also called for a public inquiry into the disappearances and murders of aboriginal women across the country. This came three weeks after Canada's Truth and Reconciliation Commission described the country's past First Nations policies as "cultural genocide." Kathleen Ganley is Alberta's Minister of Aboriginal Relations (as well as the Minister of Justice and Solicitor-General). Ms. Ganley spoke with The Globe and Mail's Carrie Tait about Alberta's apology and policy plans.

Why did Alberta issue the apology?

Given that we're trying to move forward with a renewed and more positive relationship with all indigenous people in the province, I think it is important to start by recognizing what happened in the past. And what happened in the past is that children were torn from their homes and taken away from their culture and their community and that has had some serious long-term, detrimental effects on an entire population.

An apology is a start, but in part it is symbolic. What are you going to do that is tangible?

We're certainly looking into further consultation around inclusion of the history of indigenous culture in Alberta's school curriculum – things that our students aren't really learning. They don't have a good understanding of what a deep impact [residential schools] have had on an entire culture. It is important that everyone understands that. We're going to need to work in consultation to deal with a number of issues, including the missing and murdered indigenous [women]. So, obviously, we've called on the federal government to perform an inquiry into that.

I think the next step is that relationship-building. So, having said, "We did something wrong in the past and the effects have been really horrendous, we sincerely apologize for that," we now need to move forward creating a more positive relationship. We've met with the Grand Chiefs for Treaty 6, 7 and 8, the Métis Settlements General Council, the Métis Nation of Alberta Association, the First Nations Women's Economic Security Council, amongst other groups. So what we're trying to do is build a trustful relationship so that we can move forward on solving some other problems by working together.

Will Alberta move alone if the federal government does not launch an inquiry?

I don't think the province is necessarily in a position to move alone on that. There are certainly some things we can do to address the issue, but it is our position that the federal government should hold this inquiry. And I think this is a systemic sociological phenomenon that needs to be studied on the large scale. You can't say that it is different here than it is in Saskatchewan or Manitoba.

What are you doing to address these problems now, other than call for an inquiry?

I think in the coming weeks and months, we're going to be starting by working with our partners to come to solutions collaboratively. Because this isn't an issue where the government should decide on a policy direction and drop that solution from up high. That's not the appropriate way to move forward. So I think that the first step that we need to do is start working with groups to understand what some of the drivers are and what some of the best solutions are to address that.

The most important thing to go into those meetings with is an open mind. If we go in saying: "Oh, these are the projects we want to do, what do you think," we don't think that's the right way to approach it. We think the better way is for everyone to sit down around the table and say: "This is an issue, who has some ideas?" And then move forward in that manner.

Would the government have apologized if not for the Truth and Reconciliation report?

I suspect that we would have offered that apology in any event, because regardless of whether someone has initiated a formal report to tell us what the impact of that was, there's enough [evidence] out there to know that ripping children from their homes and destroying these communities has had a profound impact, and I think that's something we should apologize for in any event. 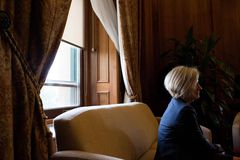 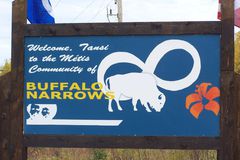 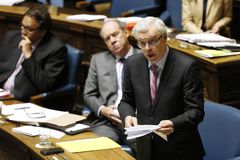