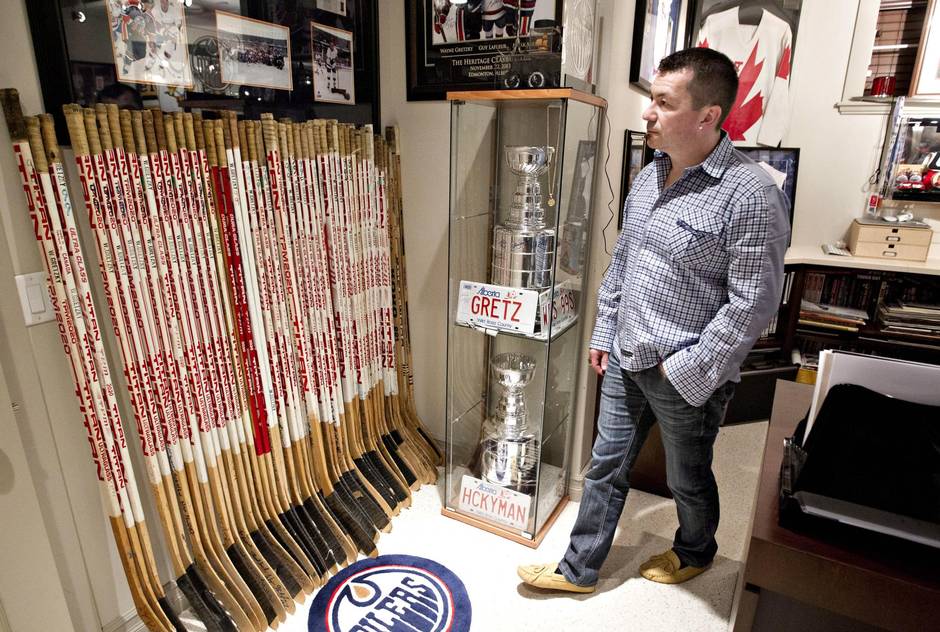 Shawn Chaulk looks over his collection of Gretzky game used sticks at his home in Fort McMurray, April 16, 2013. (CP/Jason Franson)

Shawn Chaulk sat in his car Tuesday watching chaos erupt around him. He was trapped in traffic, the fuel light was on and the forest fire burning out of control in Fort McMurray was descending upon him, his wife and three children.

“I could see it coming, and I sincerely thought we would all perish in the vehicle,” Mr. Chaulk said, and then he began to sob quietly.

All around him on Tuesday, people desperate to escape started jumping sidewalks with their cars, and then started driving straight down them. They drove on the wrong side of the road, too.

“It was like a scene out of a bad movie,” he said.

In the morning, everything was normal. He and his wife, Tanya, had got their kids, ages 4 to 12, off to school. At around 11, when he was done with a medical appointment, he noticed smoke in the air, but not enough to alarm him.

From there, he went to a business meeting, and when he emerged 45 minutes later, everything had changed.

“I looked at the sky and it was like Armageddon,” he said.

A general contractor, Mr. Chaulk moved to Fort McMurray from Newfoundland with his family 36 years ago, when his dad accepted a job at Syncrude. Life has been good, and over the years Mr. Chaulk has accumulated what could be the world’s largest collection of Wayne Gretzky memorabilia. Three years ago, he sold 23 items in an online auction and netted $550,000.

A fire doesn’t care who you are, how deep your pockets are or what you own. It just consumes everything in its path.

In the afternoon on Tuesday, he collected his children from school. Bypassing a lineup of frantic parents, he went straight to his kids’ classrooms and pulled them out.

Then the family started packing, and tried to leave. They headed north, hoping to seek refuge in a work camp. Gridlock.

“If someone had to pee, they literally opened a car door and stood up and peed,” he said.

It took five hours to go 30 kilometres. Any minute, he thought they would run out of fuel. Suddenly, his phone rang. His brother, a fire officer at Syncrude, was in traffic behind him. His brother escorted him to the oil sands plant, and he and his family spent the night, sleeping on mattresses on the floor.

The next day, they were evacuated by bus to Edmonton. It took 12 hours. Their house, and the Gretzky collection within, is still okay. Thirty homes around theirs have burned.

“There is nothing I can do other than to make sure our kids are happy, and wait for the fire to end,” Mr. Chaulk said. “What happens up north, happens up north. I don’t have to die anymore to experience hell. I just left there.” 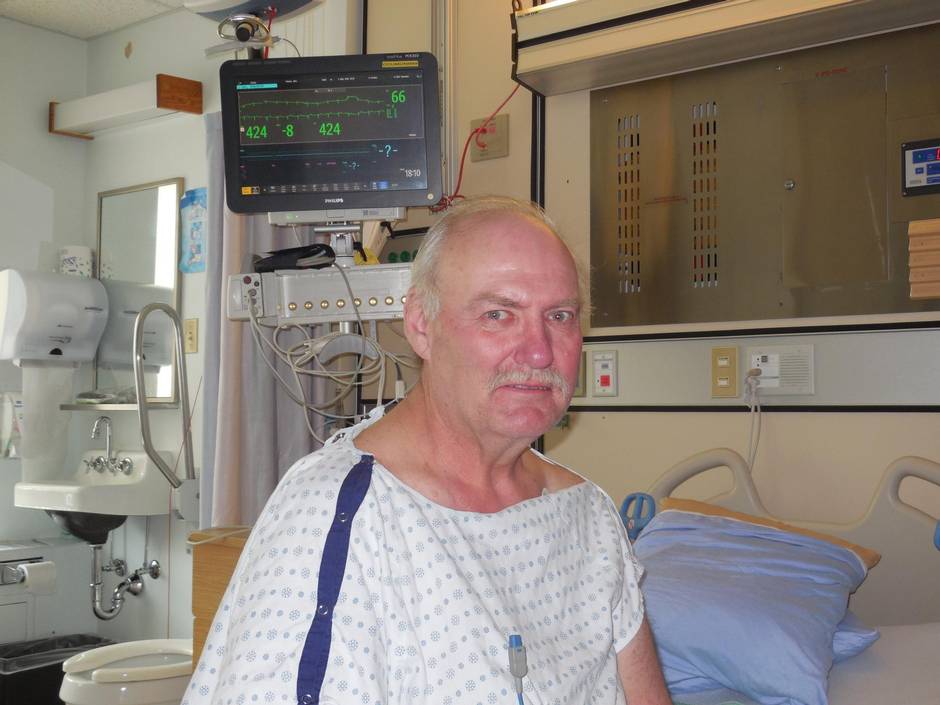 A heavy-equipment operator in the oil sands, Randy Veness had a mild heart attack last Saturday. He was placed in intensive care at the Northern Lights Regional Health Centre until an appointment could be arranged in Edmonton for an angiogram.

From Fredericton, originally, Mr. Veness has worked in Fort McMurray since 2007. Just last week, he rented a house in the city’s Abasand neighbourhood, and was sharing it with his 25-year-old daughter and her baby.

On Monday, a requisition was sent to Alberta Health Services for his imaging test.

“Of course, then the world went crazy,” Mr. Veness, 63, said from his bed in the cardiac-care ward at the Grey Nuns Community Hospital in Edmonton.

Early in the day on Tuesday, as a forest fire was bearing down on Fort McMurray, a hospital administrator told him he might have to be moved. Late that afternoon, as the fire raced through parts of the city like a locomotive, he was one of the 73 acute-care patients evacuated.

Mr. Veness had been following the situation on social media, but had no idea how grave it was until he was taken downstairs. As his wheelchair was pushed out the emergency-room doors, he was greeted by a cataclysmic vision.

A hillside was in flames a few hundred metres directly in front of him.

“You could hear the fire roaring, and there was a strong, smoky smell,” Mr. Veness said. “There was a coating of ash on the ground, like light snow that you brush aside when you walk through it.”

With sirens wailing, Mr. Veness was taken by ambulance through bumper-to-bumper traffic, first to the evacuation centre at MacDonald Island Park and then to a work camp in the north. When it was clear there was no appropriate space for him, he was driven to an airstrip operated by Suncor and flown to Edmonton.

It was after midnight when he was placed in a room at the Grey Nuns.

“Through it all from there to here, everything went without a hitch,” Mr. Veness said. “To me, they did an amazing job. It’s a situation that was just thrust upon everybody.”

Sitting in his room, he wondered where he would go when he is discharged.

“I am 99-per-cent positive the house is gone,” he said. Then he pointed to a bag in his hospital room. “That is pretty much everything I own right there.” 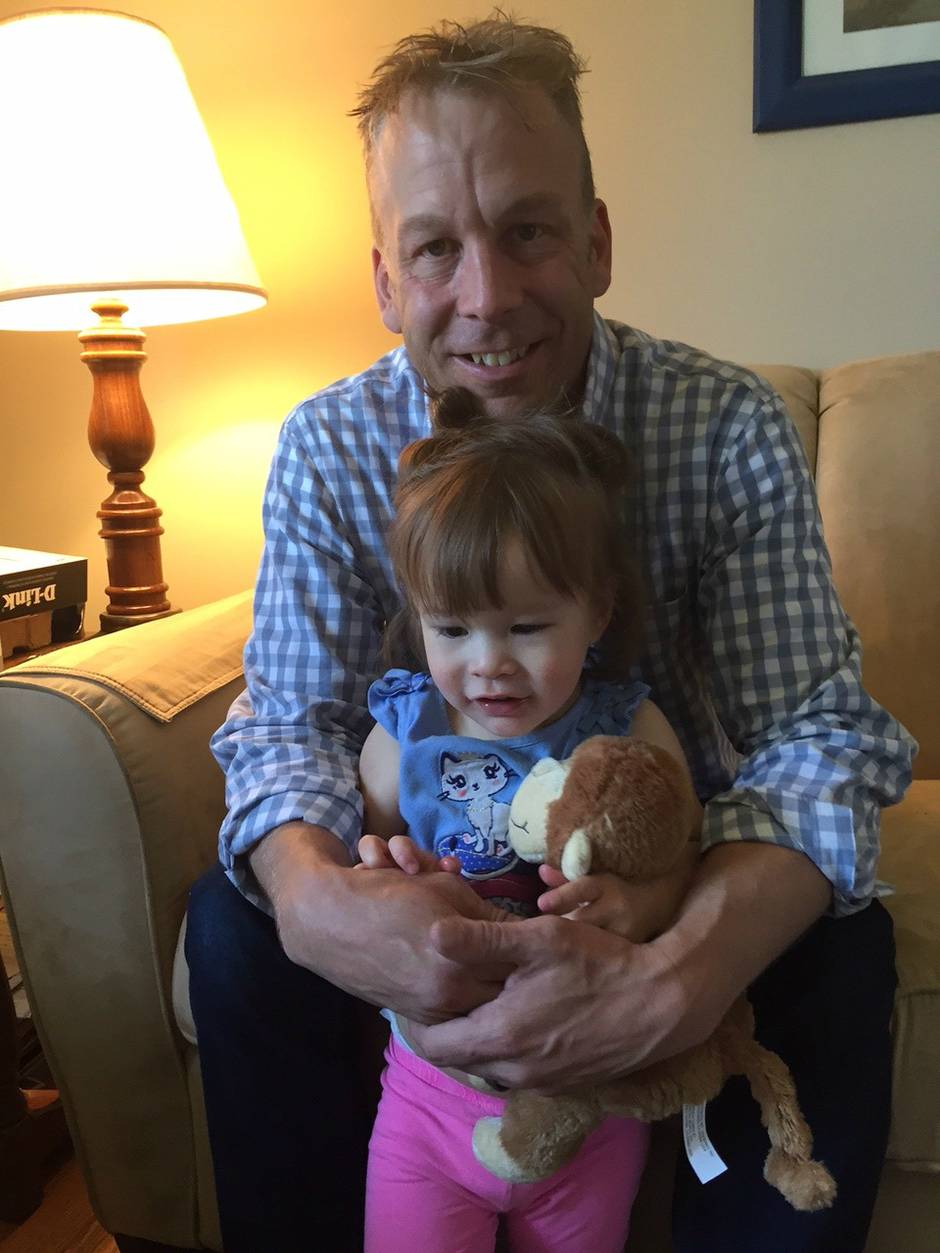 Jon Tupper and his daughter Lillian.

Sandy Tupper was at work at Suncor, 30 kilometres north of Fort McMurray, on Tuesday when her daughter’s daycare asked parents to retrieve their kids.

What normally takes less than an hour turned into a nearly two-hour drive. By then her husband, Jon, away on business in Calgary, was urging her to flee.

The city was in a full-fledged panic, with fire shutting down the only access route to the south. A short time later, she learned the highway was reopened, and headed for Edmonton.

As she passed the Beacon Hill neighbourhood at the south end of Fort McMurray, a hotel was in flames, a gas station had blown up, and a trailer park had been incinerated.

“Everything was gone,” she said. “You can’t even process it.”

Her only thought, she said, was getting her daughter to safety.

As she drove on Highway 63 a few miles south of Fort McMurray, the smoke cleared.

“I kept looking in the rear-view mirror,” Ms. Tupper said. “For a long time, I could still see black smoke, and it kept on growing.”

The Tuppers are now in Edmonton, staying with Jon’s parents.

“We are safe and together,” he said. 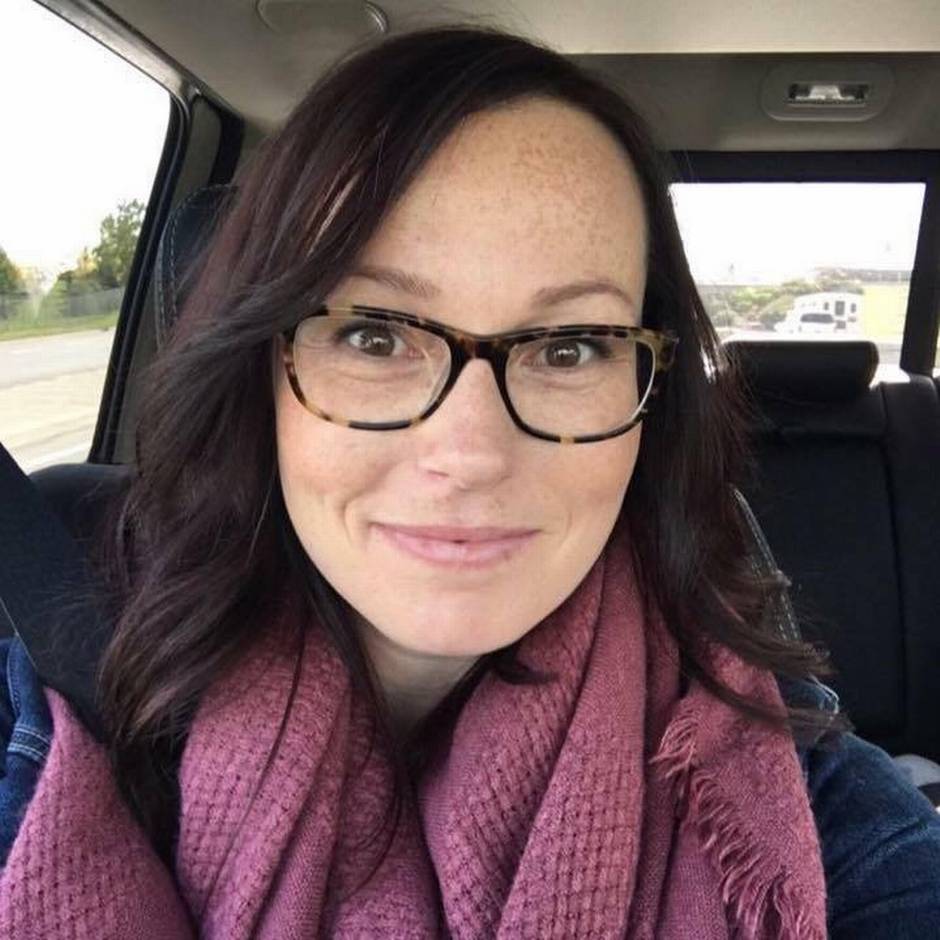 Kayla Picco's flight to Fort McMurray was cancelled and she was diverted to Edmonton.

A camera buff, Kayla Picco treated herself to a photography workshop last week in Portland, Ore. It wasn’t until Tuesday, when she landed in Calgary for a connecting flight to Fort McMurray, that she knew something was wrong.

Turning on her phone, she found 16 frantic messages from people inquiring about her whereabouts. She owns a two-storey, five-bedroom house in Timberlea.

“There was no fire when I left,” said Ms. Picco, 34, a maintenance analyst for Shell Canada.

A short while later, her flight to Fort McMurray was cancelled and she was diverted to Edmonton, where she is staying with friends.

Nine years ago, she moved from Newfoundland to northern Alberta to accept a job in the oil sands. Her plan was to save money to go to university. She never left.

“I fell in love with the lifestyle,” Ms. Picco said.

She is not sure what she will find now when she is allowed to go back.

“I am afraid nobody will have a place to go back to,” she said.