Audrey Mascarenhas sees opportunity in government plans to slash greenhouse-gas emissions in the oil and gas sector across North America.

Ms. Mascarenhas is chief executive officer at Calgary-based Questor Technology Inc., which provides efficient incineration of methane emissions from drill wells and other oil-field operations, and a low-cost method of capturing the heat and using it to generate steam and power.

Federal, state and provincial governments in both the United States and Canada are focusing on methane capture as part of their efforts to meet their climate targets. The gas is roughly 30 times more powerful as a heat-trapping greenhouse gas than carbon dioxide in the short term, and regulators are proposing new rules that require industry to address it.

While some industry executives grumble about further regulatory burden in a depressed market, Questor's Ms. Mascarenhas said the capture and use of methane as a fuel can be a profitable proposition. "When you look at this whole climate-change challenge, at the end of the day, you want solutions that make business sense and are implementable," she said in an interview.

The U.S. Environmental Protection Agency is mandating a 45-per-cent reduction in methane emissions from oil and gas wells by 2025. In its emission plan submitted to the United Nations last spring, the previous Conservative government vowed to match the EPA rules, and the recently elected Liberals are expected to follow suit. As well, the Alberta government's climate strategy includes a similar target for methane emissions – which occur largely in conventional and unconventional drilling operations, rather than in the oil sands.

The Canadian Association of Petroleum Producers has warned the methane rule could cost the industry "hundreds of millions of dollars" over the next several years. Currently, producers are allowed to vent their methane emissions if they are below a certain threshold, and to flare if they exceed the regulatory limit for venting, but the connection to a pipeline is cost-prohibitive. Flaring reduces the methane content by burning it, but still produces carbon dioxide and particulate pollution.

Questor's incineration can essentially eliminate pollutants such as carcinogenic benzene, and can use the heat from the incineration to provide energy for oil-field operations that would otherwise be fuelled by batteries, diesel generators or burning natural gas itself.

In Alberta, the industry generates about 30 megatonnes of carbon-dioxide-equivalent from methane emissions, and the province is aiming to reduce them by 12 megatonnes by 2030. Questor estimates it could eliminate nearly nine megatonnes – or 75 per cent of the targeted reductions – at a cost of less than $3 a tonne, or $27-million. It has supplied technology at home and abroad to some of the giants in the industry, including Suncor Energy Inc., Royal Dutch Shell PLC and Exxon Mobil Corp.

In March, Questor received a $1.98-million investment from Sustainable Development Technology Canada to commercialize its power-from-waste-heat unit. SDTC is the federal venture-capital agency that invests in clean-tech companies that have promising solutions to mitigate climate change and other environmental problems. The Liberal government has promised to invest $300-million to support clean-tech producers and the adoption of their technology in the natural-resources sector.

But there are hurdles to Questor's growth. In Alberta, existing regulations on methane management discourage the adoption of incineration and recycling of waste heat. Companies that are required to flare methane face few standards for the efficiency of that operation or the emissions of other pollutants that occur in the process. The head of Alberta Energy Regulator recently indicated it could take several years to develop new regulations to meet the government's target.

Ms. Mascarenhas said the efficient incineration of methane, combined with waste heat that can be used as a source of energy, has benefits other than reducing greenhouse-gas emissions. Especially for oil and gas operations that are near population centres, the technology can provide assurances to residents that the companies will eliminate pollutants and odours. By winning public acceptance for drilling operations, those producers can avoid costly regulatory delays and lawsuits, she said. 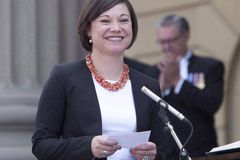 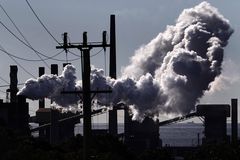 Follow Shawn McCarthy on Twitter @smccarthy55
Report an error
Due to technical reasons, we have temporarily removed commenting from our articles. We hope to have this fixed soon. Thank you for your patience. If you are looking to give feedback on our new site, please send it along to feedback@globeandmail.com. If you want to write a letter to the editor, please forward to letters@globeandmail.com.
Comments