He wants to steal a bit of Nashville's twang – and maybe borrow some vibes from Austin, Tex. With the budding National Music Centre, Andrew Mosker is set on making Calgary a sonic hub. The $168-million building, a refurbished King Edward Hotel and a new concert venue, will not open for another year. But Mr. Mosker is already buzzing. As oil prices slump, he tells Jeff Lewis, it could get Calgary strumming a different economic tune.

What is the National Music Centre?

What makes it unique?

It has an underpinning of historical equipment that chronicles 500 years' worth of music history, and artists can come and continue to make music with these older instruments [and] historic pieces of sound equipment, like recording consoles that have been used by all kinds of famous musicians like the Rolling Stones and Led Zeppelin and others.

There's going to be live music, I would say, almost every day. The old King Eddy live-music venue will be a live-music venue once again, seven nights a week. All types of music will be presented there. You can imagine during Stampede having a 10-day country showcase there. People will be lined up around the corner.

Throughout the year, on weekends, we're toying with ideas of the famous Saturday afternoon jam that used to happen at the King Eddy when it was a blues bar, to showcasing jazz artists and classical musicians, and young artists – a place for young kids to play and to do showcases for young artists from Calgary.

You've raised $116-million of the total $168-million cost. Has the downturn in the economy affected donations?

It hasn't impacted us at all, actually. We are meeting with people every day who are excited.

What's exciting about the National Music Centre is it gives us an opportunity to speak very broadly about diversification in the province. There's a lot of people who want to hear about that now. We broke ground in 2013. Our soft opening is going to coincide with the Junos being here roughly a year from now.

How will it affect the economy?

In my view, it has the opportunity to generate millions for the local economy and certainly the regional economy, long term, on an annual basis.

The Junos in Winnipeg last year was an $11-million impact on the community, just from a four-day event. Our belief is that the NMC, its vision is to be that 365 days a year. It doesn't mean a Juno Awards type event can exist every day. But over the long term, we think this can be a catalyst for building a music district in Calgary and, ultimately, make Calgary a stronger music city, somewhere along the lines of Nashville and Austin. It will take time to do this, but the opportunity is there. We have lots of work to do to get there, there's no question.

People need to come here every weekend for the weekend. Right now, our hotels are not full on weekends, because people are not coming here for leisure travel. They're coming for business travel during the week.

What are you listening to these days?

I really like July Talk. I think they're a fantastic Canadian band. I love Guns and Ammunition. I think that's a great song. I'm a really big Jen Grant fan as well. I discover so much music just by coincidence, because I'm around it so much. I was in L.A. for this event at the Canadian Consul General and she happened to be playing there. I thought she was absolutely fabulous.

I still listen to Glenn Gould. When I'm working, I love listening to the Goldberg Variations. 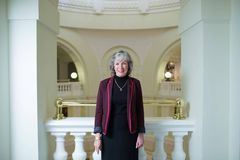 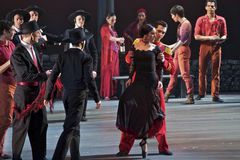 The reliably real Hayden Desser is back writing stories through music
March 20, 2015 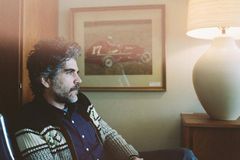 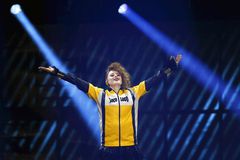 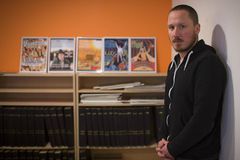