Anyone looking for a dramatic course correction in the budget Alberta's New Democratic government will table next week should be prepared for disappointment. Premier Rachel Notley's NDP forces believe fervently in the direction they have charted for the province – and there is no turning back.

This means there will still be an eye-popping deficit for the upcoming fiscal year and an eye-popping accumulated debt figure that was once unimaginable. There will be no discernible effort to cut costs by slashing department spending or abandoning any of the government's controversial and costly climate-change policies.

In other words, it will give the New Democrats' conservative opponents everything they could ask for.

But embedded in the budget report's numbers will be some good news for the NDP too: The Alberta economy is expected to lead the country in growth this year; oil prices are starting to rebound; jobs are returning; and rigs are cranking up again. The timing of all this couldn't be better for Ms. Notley and her party.

The Premier is halfway through her four-year mandate, and the ride so far has been a bumpy one, mired as it has been in one of the worst recessions to ever grip the province. Yet, in that period, she has undone decades of conservative policy and forged an entirely new identity for the province.

Ms. Notley's bet is on the lower and middle classes. She believes that putting her administration's focus on Alberta's average citizen – and not the suits in the Calgary towers who grew accustomed to being the focal point of past administrations – is the surest path to future electoral success. It is also the demographic the NDP is ideologically inclined to help first anyway.

That is why the party refused to lay off teachers, nurses and other public-sector workers when provincial revenue collapsed along with oil prices. This put the Premier at odds with the Progressive Conservatives and Opposition Wildrose Party, both of which were demanding huge cuts to the public sector.

The NDP also brought in climate policies, including a carbon pricing program and the phaseout of coal-burning plants, that similarly opened the party up to attack. But the government offered rebates to those who could least afford to pay the new carbon tax, a measure that was true to the party's socialist roots.

This is the grand offer the NDP is making to the province: It will protect jobs and public services as it attempts to pursue new pipeline opportunities and diversify an economy that has for too long relied on fossil fuels for its wealth. Conservative parties, whatever the stripe, will destroy all that.

The NDP has a vast landscape of challenges ahead of it, primary among them being the need to convince the public that it knows what it is doing – that, while the party may have gotten into office as a result of voter fatigue and frustration with a Tory administration that had been in power too long, New Democrats offer the best governing option for a modern-day Alberta.

That is why Ms. Notley has been championing pipelines while simultaneously bringing in the most aggressive and far-reaching environmental policies Alberta has seen to date. It is her way of saying you can actually have both – actually need both, at least for the foreseeable future.

This budget will be one watched across the country, perhaps nowhere more than in B.C.

The province is heading into an election, and it promises to be a fierce battle between the governing Liberals and the NDP. Premier Christy Clark has not been shy about exploiting Alberta's troubles to prop up her own government's image. And Alberta's budget could give her more opportunities to do that.

For instance, it is near certain that Ms. Clark will use the multiple deficits the Alberta NDP have racked up so far (with many more promised on the horizon) to warn British Columbians about what could happen if they elect an NDP government. She is certain to contrast Alberta's fiscal challenges with the five consecutive balanced budgets her government has brought in.

But Ms. Notley hopes her budget portends a much more optimistic future than the one her B.C. counterpart is expected to speak about forebodingly on the campaign trail. In fact, the NDP believe the document they'll table next week will be a precursor to sunnier ones.

NDP leadership: Your guide to the candidates and how the leader will be chosen
February 28, 2017 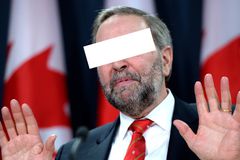 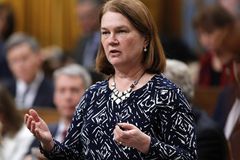 Alberta to invest $14.5-million to ease court delays
March 9, 2017
Follow Gary Mason on Twitter @garymasonglobe
Report an error Editorial code of conduct
Due to technical reasons, we have temporarily removed commenting from our articles. We hope to have this fixed soon. Thank you for your patience. If you are looking to give feedback on our new site, please send it along to feedback@globeandmail.com. If you want to write a letter to the editor, please forward to letters@globeandmail.com.
Comments