Behind the bar at Calgary's popular restaurant and gin bar, The Derrick, the barkeep runs her hands over a lineup of glass bottles, clinking as she looks for a particular label. She grabs the restaurant's proprietary blend of tonic syrup and continues mixing her drink. Flavoured with dill and fennel, it's herbaceous and savoury. There is nothing else like it on the market.

This unique tonic syrup comes courtesy of Porter's Tonic, Canada's premier tonic syrup, which is run by Nicole Fewell in Calgary. If you're not too sure what tonic syrup is, you're not alone. Essentially, it's a simple syrup with a specific mix of botanicals that give tonic soda its pronounced flavour. Take club soda, combine it with a tonic syrup and you have tonic. A much better tasting Schweppes, if you will.

Though her company has only been around since the spring of 2013, Ms. Fewell is no stranger to the local food scene, being the owner of one of the city's most popular food trucks, Cheezy Bizness. One day in-between making grilled cheese sandwiches and prepping for the next day's lunch service, she tried a small-batch tonic syrup for the first time and the spark for Porter's Tonic ignited.

"A friend gave me a bottle of tonic syrup from her travels one day. I made a gin and tonic with it and was immediately blown away," explains Ms. Fewell. "When I finished that bottle, I went out to look for more and there was none to be had."

From there, she spent weeks researching recipes, making test batch after test batch and passing them around to close friends and industry peers until, finally, her debut flavour, a mix of lemon, lime and lemongrass was born.

As the weeks went on, local shops and restaurants began stocking the product and it received rave reviews from both bartending experts and patrons alike. As popularity increased, new flavours were introduced: orange cardamom, hibiscus, grapefruit, and Porter's was tasked to make exclusive blends for businesses like Kent of Inglewood and The Derrick.

"This was honestly a side project for me, something I was passionate about and it just grew really well organically," Ms. Fewell says. "Everybody who wanted it seemed to just come to me. I wasn't going around town trying to sell it. It was all word of mouth."

These days, you can find her unique tonic syrup blends in many liquor stores and shops in Canadian cities from Victoria to Toronto, as well as a variety of micro-distilleries including Saskatoon's Lucky Bastard Distillers and The Dubh Glas Distillery Ltd. in Oliver, B.C.

Ms. Fewell is happy to point out that a lot of her initial word-of-mouth success came courtesy of Jesse Willis, owner of Vine Arts. His boutique liquor store in Calgary's Beltline neighbourhood was the first business to carry the Porter's Tonic line back in 2013.

"I found out about her product through Brendan Bankowski, owner of The Beltliner, who told me about Fewell and how she was launching a line of tonic syrups. I was excited."

Mr. Willis continues, "I had heard of tonic syrups [back then], but we didn't carry any and there was nothing like it being made in the Canadian market. Now, there's others offered in the country, but we just stick with Porter's. The whole range of flavours is what makes it really interesting for people … it gives people room to play."

There are now a thousand bottles of Porter's Tonic being shipped across Canada each month, prompting the question: Is there something a bit more boozy on the horizon?

"I do have a gin recipe ready," she says with a little smile. "It's just about finding that partner and trying to make a good fit with a distillery to get it to all come together."

Artisanal syrups to take your dad’s gin and tonics to the next level
July 12, 2016 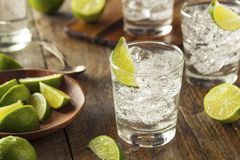 From sickly sweet to ‘macho’: Alcoholic root beer put to the taste test
July 12, 2016
Let the wine shine: Tasting this summer’s vintages from the south of France
June 30, 2016 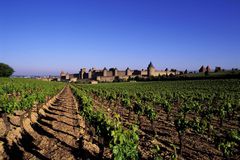