The paint on London Barbers West's storefront is weathered. The windows are blacked out. There is an old watering can by the door but no flowers. A busted wagon wheel rests in a corner on the porch. The Calgary shop advertises haircuts, shoeshines, and shaves, but no one is here.

The outpost is part of a Calgary Stampede tradition: decorating downtown buildings to look like they belong in tumbleweed towns during an era when wooden sidewalks were luxurious. This barber shop is part of an elaborate cluster of displays in the lobby of one of Calgary's prime office towers.

This type of display is common in early July, when flame-retardant bales on sidewalks, old-timey wooden corrals on patios, and colourful cartoon cowboys painted on windows are as much a part of Stampede as overpriced Bud Light Lime and giant white party tents polluting the air with bro-country tunes.

But as Calgary's economy remains in the gutter, modern-day businesses are cutting back on Stampede flair. The city's downtown looks normal, which is not normal given the festival starts in less than a week. Forget the growing list of cancelled parties and fewer pancake breakfasts; even bale sales in this western city are hurting.

"Why wouldn't they be, in this economy?" says Vicki Baerg, who owns Last Straw, a decorative bale business, with her partner Patrick.

Her renewable resource business, however, is diversifying to cope. "It is a different group of people [who] order bales now," Ms. Baerg says. "It is more backyard parties and smaller-time parties that are going on right now. It is not the big, huge, corporate events."

Last Straw, based out of Three Hills, Alta., rents more than 2,000 bales each Stampede. It bales the straw, sprays them with fire retardant, delivers and then picks them up for $20 plus GST. It is not responsible for the ones that bust on the sidewalks and in the streets – another Stampede hallmark.

"It is different venues, different ways of using the bales now," Ms. Baerg says. "It is not just the big parties where you dump like 200 bales at a time. It is little guys that want 10 here and 10 there."

Sales of the 22-kilogram bales, Ms. Baerg reckons, are down "just a touch."

Bill Tuffs owns Alliance Entertainment Services, which does everything from party planning to set designs for lobbies downtown. His outfit created the one-horse village where real customers can get a straight razor shave at the London Barbers West display. (London Barbers has three permanent locations in Calgary).

Alliance's business is down about 10 per cent from last year, but Calgarians are trying to keep their chins up and preserve Stampede traditions like covered wagon displays. Rather than companies each dressing up a downtown space to host a do, for example, building managers are decorating areas like courtyards in ways that allow a variety of tenants to entertain guests. Company A might host an event in the space Tuesday while the business on the next floor floods the same area Wednesday. The village hosting London Barbers West reflects this trend.

Across the lobby, Wild Farrakh's Silver Mine & Refinery has a sign near the entrance of its mine shaft warning it is low on ammo and doesn't bother with warning shots. Rooms are five bucks a week over at the Coke Hotel and hot baths will run you a nickel. Here, the office tower's revolving doors and elevators are gussied up to look like swinging saloon doors.

"Sharing some of the costs is a great strategy that is being used," Mr. Tuffs says. Mid-sized companies, he says, still view Stampede as important way to promote "their brand" and "network" with customers, even if they have to cut back.

"Some of the bands are going to … go from a full-piece band into a couple pieces," the events veteran cites as an example. "Menus might be slightly altered."

One financial factor remains healthy: At Stampede proper, rodeo competitors will still chase the richest purse on the outdoor circuit – a collective $2-million. Chuckwagon drivers will race for $1.15-million. Attendance and other sales help fund these prizes and the not-for-profit organization expects roughly 1.1 million folks to go through the gates this year, about the same as in 2015. Attendance peaked in 2012 at more than 1.4 million visitors. Stampede starts July 8 and wraps July 17.

Big Stampede bashes fell out of favour in 2009 because of the global recession. Calgary law firm Burnet, Duckworth & Palmer LLP, for example, nixed its 13-year boozy tradition in favour of donating cash to charity that year. (It had sent out roughly 3,500 invitations to what turned out to be its last Stampede party). This year's most notable victims are Peters & Co. Ltd.'s Firewater Friday and FirstEnergy Capital Corp.'s FirstRowdy. (FirstEnergy expects to save about $400,000 by cancelling its party; the dealer will donate about $100,000 to charity instead.) In some cases, it is about optics: Companies do not want to hand out complimentary rye and Cokes while hundreds of Calgarians are out of work.

Authentic Western Productions Co. Ltd., another firm that feeds off Stampede parties and decor, agrees that while the glitzy parties are gone, companies are still trying to keep morale up with saddles by the stairways.

"Even when things are a little tough, you know, you still have the atmosphere," owner Michael Werbisky says. "I believe it is a big part of the overall feeling of Stampede." 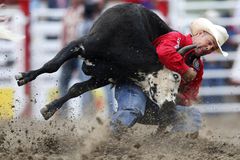 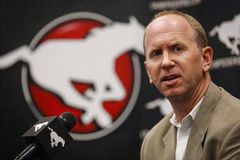 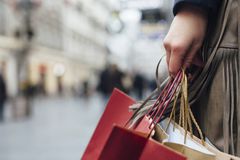