Read the latest on the size of fire, the progress firefighters are making, the response by government and Canadians, and how the evacuees are coping. Also, the latest photos and videos of the fire's devastating impact

Ravaged by fire: Before and after shots of Fort McMurray’s worst-hit spots 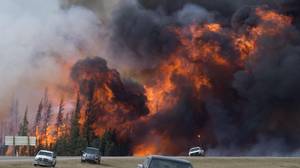 The fire destroyed 2,400 structures, nearly 10 per cent of the city, when it ripped through in May and forced more than 80,000 residents to flee. Residents who have homes to come back to have gritty and exhausting work ahead cleaning their mouldy refrigerators and scrubbing down homes stained by soot and ash.

"Today is not the end of the story. It is not a return to normal life and it's not yet a celebration," Alberta Premier Rachel Notley told reporters on June 1 at Fort McMurray's emergency centre as the first residents began to return. "There's still a lot of work to recover and rebuild Wood Buffalo. This will be the work of years, not weeks."

HOW BIG DID THE FIRE GET?

At its height, the fire spanned more than 500,000 hectares, an area bigger than Prince Edward Island. Here's a look at how quickly the fire initially spread, and where it is in relation to oil-sands projects nearby:

Alberta instituted a provincewide ban on open fires, including campfires and the use of charcoal briquettes.

WHAT ARE LOCAL OFFICIALS SAYING?

WHAT IS THE WEATHER FORECAST?

Check the latest weather forecasts in Fort McMurray and across Alberta.

A NASA satellite image shows clouds entwined with the darker brown smoke billowing up from the wildfires over Fort McMurray. The image was taken by the Moderate Resolution Imaging Spectroradiometer (MODIS) instrument on the Aqua satellite on May 9.

One analyst from the Bank of Montreal estimated insurance losses could exceed $9-billion. To put that in perspective, the 2011 fire in Slave Lake, Alta., destroyed 400 buildings at an insurance cost of $700-million.

The Canadian Mortgage and Housing Corp., meanwhile, says that it doesn't expect to cover "significant" fire damage because only 10 per cent of its insured loans are in areas with serious damage.

WHAT DID GOVERNMENTS AND CANADIANS DO TO HELP?

WEEK 1: A CITY'S RACE AGAINST TIME AND DESTRUCTION 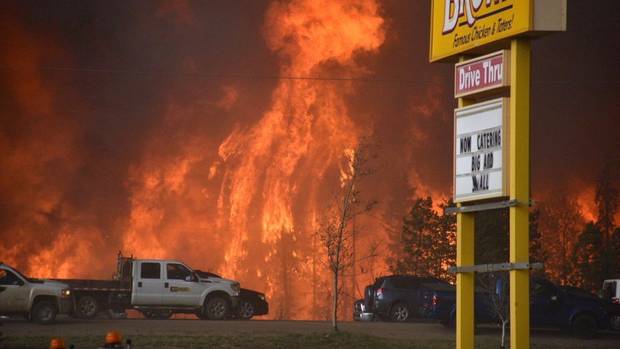 Albertans' lives were sent into upheaval when the wildfire, fuelled by strong winds, overwhelmed crews last Tuesday afternoon, cutting the main road through Fort McMurray and sending its 80,000 inhabitants fleeing north and south.

The southern evacuees took up residence at a main reception centre in Edmonton or in hotels, campgrounds or with friends. The 25,000 evacuees forced to flee north to stay in oil-sands work camps have now all been brought south to safety, where there are more supports and social services. 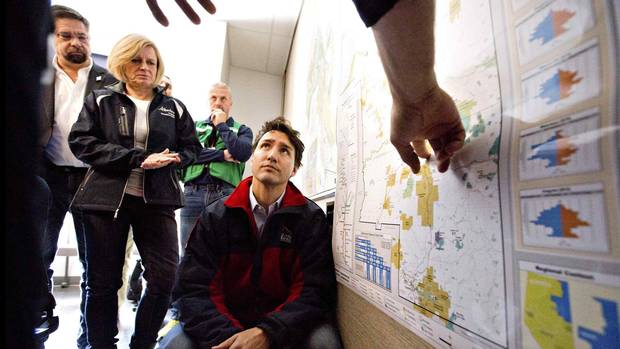 The Fort McMurray fire grew in size at the start of the week, but loses some of its intensity. Cooler-than-usual weather created favourable firefighting conditions, but the Alberta government warned that it would take time to repair water, gas, electricity and other infrastructure – and to make the city safe for residents to return.

The Red Cross's fundraising windfall ($80-million in 10 days) ended up being the largest in Canadian history. ( Here's Janet McFarland and Jill Mahoney's report on how it all came together.) Among evacuees, there were tales of escape and hardship, as government and aid groups tried get financial assistance to those who needed it the most.

On Friday, Prime Minister Justin Trudeau paid a visit to the fire-embattled area to speak with first responders and with the Premier in Edmonton.

WEEK 3: 'THE BEAST' STRIKES BACK 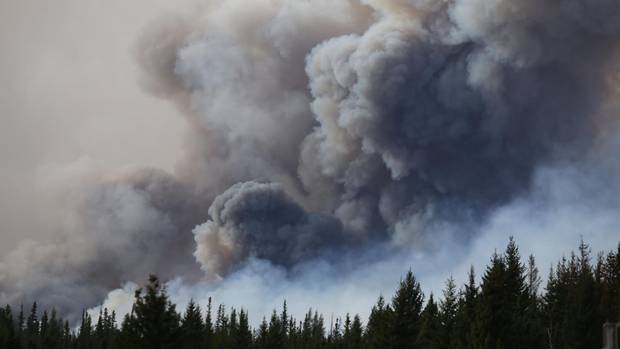 The fire, nicknamed "The Beast" by firefighters and authorities, began burning again with renewed vigour in its third week and spread north, forcing 8,000 oil-sands workers to be evacuated. The fire's resurgence stalled plans to bring residents back to the city and get oil-sands production back online.

Extremely poor air quality in the city hindered firefighting efforts – on a scale of one to 10, the city registered at 38 on Monday, and 13 the following day – as did a lack of rain in the forecast. Firefighters got a brief reprieve from cooler weather at the end of the week, by which point the fire had crossed over into neighbouring Saskatchewan. 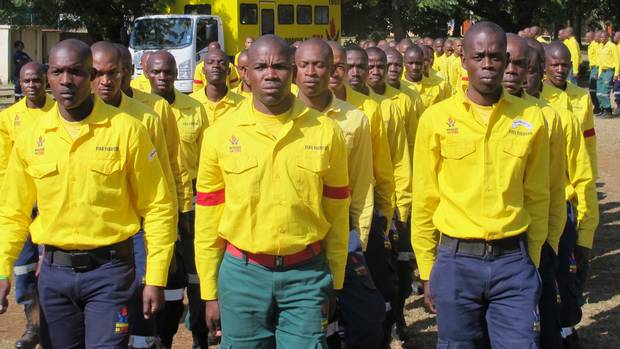 Authorities lifted more evacuation orders for work camps near Fort McMurray as some crude producers restarted operations. Residents, meanwhile, planned for a tentative June timetable to return to their homes. Here's Jeffrey Jones's report from Lac La Biche on some of the difficult choices they faced about whether to return at all.

Meanwhile, fire crews also got new reinforcements from the United States and South Africa. Here's Geoffrey York's report on how South Africans saw the mission as repaying a debt to Canada for its support in the anti-apartheid struggle. 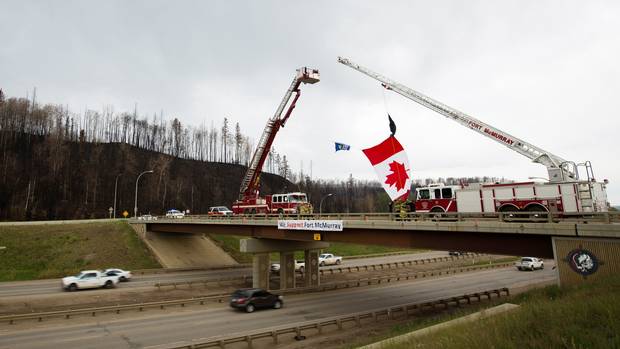 Fort McMurray residents began returning in stages on June 1 to find rotten food in their fridges, smoke stains on their walls and no potable water. Welcome-home gestures from firefighters, the Premier and other well-wishers aimed to lift their spirits. But by the weekend, the mayor estimated that less than half of more than 80,000 residents returned. Here's Justin Giovannetti and Jeffrey Jones's reporton what some residents found when they returned.

Construction companies and local businesses also began to trickle back into the community, as well as investigators who kept an eye out for price-gouging and exorbitant fees for construction services. Residents faced tough decisions about whether the hardest-hit neighbourhoods of Abasand, Beacon Hill and Waterways were worth rebuilding at all.

Days in a burning city: The story of a man who refused to evacuate Fort McMurray