This week will determine whether United Conservative Party Leader Jason Kenney will soon be facing off against NDP Premier Rachel Notley in the Alberta legislature.

Mr. Kenney has spent more than 18 months working to unite and lead the province's conservative movement, but the Dec. 14 by-election in the constituency of Calgary-Lougheed will be his first test in front of a broader Alberta electorate. The Harper-era cabinet minister has the highest profile of the candidates in the suburban riding – a stone's throw from his former federal riding. The area has long been a conservative stronghold.

That makes a challenging by-election contest for political newcomer Phillip van der Merwe, the physician running for the NDP. Dr. van der Merwe has focused on the argument that the New Democrats have been steady managers during a three-year-long oil-price downturn that has left tens of thousands of Albertans unemployed. The government has mostly maintained the province's key health and education jobs and services even while revenues have plummeted, but Alberta is now running annual deficits of more than $10-billion. The government points to forecasts that the province's GDP will grow by as much as 6.7 per cent this year, a sign the economy is in recovery mode.

Alberta Liberal Leader David Khan, a Calgary lawyer looking for centrist voters to support his bid for a seat in the legislature, rounds off the list of high-profile candidates in the by-election. Green Leader Romy Tittel and three other candidates are also in the race. The Alberta Party decided not to field a candidate, saying they instead wanted to focus on their leadership contest – which has no declared candidates – in February.

Mr. Kenney has attracted the most pointed political attacks. Dr. van der Merwe has charged that the UCP Leader will dramatically cut public services, and that he is "a federal politician who is frankly out of touch with Alberta."

Ms. Notley and her cabinet ministers have said Mr. Kenney would turn the clocks backward by repealing the carbon tax when the world is moving toward further action on climate change. In recent weeks, they have started comparing his threat of economic blockade if pipelines aren't built with the wall-building policies of U.S. President Donald Trump.

"As a province, we could do what Jason Kenney would have us do – which is slam those opportunities, cross our arms, stick out our little pouty lip, and build a wall around Alberta," Alberta Environment Minister Shannon Phillips said earlier this month.

Both Dr. van der Merwe and Mr. Khan are gay – which Mr. Khan says is not a factor in the race except to highlight Mr. Kenney's wrong-sided stand on social issues. Mr. Kenney has said that in some cases, parents should be informed if their children join peer support groups known as gay-straight alliances. The Notley government passed legislation this fall to bar teachers from telling parents when students join such groups, saying otherwise that school officials could disclose students' sexual orientation to parents before youth they are ready.

But the economy is the key question to many voters in the by-election race. Many workers in the energy-focused city are concerned about whether new heavy-oil pipeline projects will actually ever be built, given the environmental opposition.

"The carbon levy is what got us two pipelines approved," said Dr. van der Merwe, to a smattering of applause, jeers and laughter.

On the other hand, Mr. Kenney received some of the loudest applause when he talked about cutting the size of the provincial deficit, and the plight of the chronically unemployed.

"I am gobsmacked at the number of unemployed people I am meeting at the doors," Mr. Kenney said in an interview.

"It's very often immigrant professionals who came to work in the energy sector – often they're petroleum engineers, people from Venezuela, China, Iran, Nigeria and elsewhere. They came here in the past 10 or 15 years, and were making a good living, and are now barely hanging on because they've been unemployed or underemployed."

Mr. Kenney noted that by-elections usually only attract one-third of eligible voters, and the vote takes place less than 10 days before Christmas when many people will be distracted by the holidays. But he said he's feeling "cautiously optimistic." 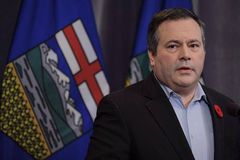 Opinion
Rachel Notley finds herself in pipeline battles at home and away
December 1, 2017 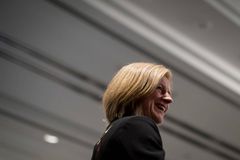 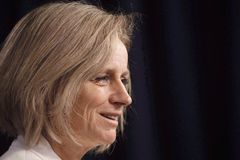