Any notion of uniting Alberta's two largest conservative parties under former MP Jason Kenney won't be on the agenda this weekend as the province's Official Opposition Wildrose Party meets in Red Deer.

Merger talks with Alberta's Progressive Conservatives would be a distraction, Wildrose Leader Brian Jean told his party's general assembly on Friday evening. The Tories are "rife with uncertainty, division and instability," he said.

Wildrose officials told The Globe and Mail they were surprised no unite-the-right motions were proposed by the party's members for the general assembly. Wildrose meetings can be fractious affairs that don't shy from controversy. Former leader Danielle Smith was embarrassed by a revolt on the floor of a 2014 assembly where members voted to upend her outreach efforts toward LGBTQ groups.

On Thursday, Mr. Jean said that his party's members might be taking a wait-and-see approach: "I think a lot of people are waiting to see what takes place over the coming year, and I am as well."

Mr. Kenney, a former federal minister of citizenship and defence, is one of the leading candidates to take over the leadership of the Tory party that long ruled Alberta before losing to Rachel Notley's New Democrats in 2015. His campaign has run into opposition from both the PCs and Wildrose as he has pledged to merge both parties before the next provincial election in 2019.

The PCs have implemented rules for their leadership contest that forbid candidates from undermining the Tory brand. The party's new leader will be elected in March.

The party's first leadership debate will be held next Saturday in the same central Alberta hotel where Mr. Jean spoke on Friday. Along with Mr. Kenney, former MLA Donna Kennedy-Glans, current MLAs Sandra Jansen and Richard Starke, and Calgary lawyer Byron Nelson have joined the contest.

The Wildrose is planning to spend its last general meeting before the Tory leadership vote targeting Ms. Notley. The NDP Premier is nearing the midpoint of her four-year term amid the backdrop of one of the weakest economic performances in Alberta since the Great Depression.

The economy has been in recession for nearly two years and the unemployment rate is at its highest rate in decades.

Mr. Jean says his main goal is unseating Ms. Notley, not talks with Mr. Kenney. On Friday he said that the New Democrats were "disastrous … shameful … intent on hurting families."

The Wildrose leader and his party view the NDP as a government that has besieged the Alberta it holds dearest, with a carbon tax opposed by its rural base, a law requiring workplace-safety rules on farms and tax hikes that have stung the wealthy.

"It feels like Alberta is becoming almost unrecognizable," Mr. Jean told his party.

Instead of appealing to Martha and Henry, the fictitious couple created by former premier Ralph Klein as a symbol of average Albertans, Mr. Jean said the NDP is instead seeking to engage "Leap Manifesto authors Naomi Klein and Avi Lewis."

The Leap Manifesto is a far-reaching document that would ban all future pipelines. The federal NDP voted to send the manifesto to local associations for discussion earlier this year. Ms. Notley and her lieutenants quickly repudiated the document.

Wildrose members will debate policies over the weekend drawn from the federal Conservative Party, as well as a return to the dogmas of Ralph Klein, among them reinstating a flat income tax, repealing the carbon tax, ending government subsidies of political parties and requiring that parents be informed of sexual-identity discussions in schools.

While Ms. Notley has unveiled plans for a cap on emissions from the oil sands and a carbon tax to help win approval for pipelines, Mr. Jean's Wildrose base rails against any concessions to what it perceives as elite interests in Montreal and Toronto.

He told his party that Alberta is being "ripped off" by other provinces. "And what have we got in return? Sewage-dumping mayors in Montreal attacking our pipelines," he said.

For Alberta, is unite the right wrong or right?
September 4, 2016 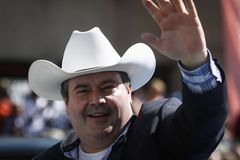 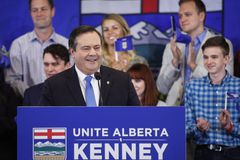