Alberta faced a deepening economic crisis. After years of deficits, languishing oil prices threatened to run the province's debt up to unprecedented levels. Standing behind a wooden rostrum in Edmonton a month after taking office, the new Premier said it was time to cut expenditures with a cleaver.

"We must reduce our spending, we must balance our budget and commence an orderly pay down of the debt," Ralph Klein said in his relaxed style. The image on television was a little fuzzy that day in 1993 when he and his Progressive Conservatives announced hundreds of millions of dollars in reductions in the budgets of health, education and social services, with savings aimed at paying down $23-billion in debt.

While some – including large parts of the business community – cheered the austerity binge, Joe Ceci, a 36-year-old social worker in Calgary, was disheartened. He was on the side of public-sector unions, public school parents and advocates for the disadvantaged who railed against the tough measures of the Klein Revolution. It was then that Mr. Ceci's road to politics began, and his first stop would be a seat on Calgary's city council, where he would serve for 15 years.

Twenty-three years later, Mr. Ceci, now Finance Minister in Alberta's first NDP government, faces a major economic crisis of his own as he gets set to table his first from-the-ground-up budget. After months of meetings across the province, he's promising to confront Alberta's fiscal troubles and fix the legacy of those cuts even as depressed oil prices squelch the province's revenue.

Ralph Klein's cuts inspired him to run. Now facing many of the same economic challenges, Mr. Ceci is promising to fix them without resorting to Mr. Klein's tactics. His budget on Thursday will be the most important spending plan in the province's recent history and all eyes are on him, including those of a wary Bay Street, which has watched a pronounced slide in Canada's energy stocks, causing a jittery financial sector to put more money aside as an insurance against uncertainty in Alberta's oil patch.

To Bay Street, Mr. Ceci is an unknown commodity himself. At stake in the budget is not only the trust of the oil and gas industry and the estimated 100,000 Canadians who lost jobs in that sector over the past year, but the fate of a national economy facing sluggish growth and concern about when Alberta's economic engine will begin firing again.

"I hadn't really thought about politics, in terms of actually running before, but I can remember being part of protests in early '94 or '95 … Ralph had a hand in me deciding I wanted to get into politics," Mr. Ceci said while sitting down with The Globe and Mail in the kitchen of his home in the Inglewood neighbourhood of Calgary.

"The legacy of those years, well that's when the flat tax came in and there were cuts of sometimes five or more per cent. Infrastructure was neglected, rehabilitation was neglected. That's where we're still at. We're trying to redress some of those lost times," he said.

On Thursday, Mr. Ceci's budget is expected to include a $10.4-billion deficit – the largest since 1993 as a percentage of the province's GDP – and $34-billion in long-term spending to build new schools, hospitals and roads over the next five years. In many ways, it will be the anti-Klein economic plan.

During the five years he spent out of politics before being sworn in as one of Premier Rachel Notley's ministers in early 2015, Mr. Ceci went back to his social-justice roots – studying minimum wage, payday lending, poverty reduction and apprenticeship training – all with the goal of reducing Alberta's yawning income gap.

While a large number of Albertans are demanding another round of deep cuts to a government that spends more on health, education and human services than Quebec, Ontario or B.C. per capita, Mr. Ceci wants Albertans to believe they can depend on those services while he controls the financial levers. There will be no mass layoffs, and he would take no joy in seeing hospitals demolished.

"When there are difficulties, government can play a role in helping create a better quality of life," he said.

That belief reflects an upbringing rooted in the power of supporting neighbours. Growing up in an Italian-Canadian family in the working-class Downsview neighbourhood of Toronto during the 1960s, his mother was his "quintessential social-work role model." While his father was a housing contractor, his Italian-born mother played the role of neighbourhood nurturer, albeit without formal education in the field.

"People came to her because she could speak English and there were no government systems, so she played that role. I sat at the kitchen table and watched her do that," he said.

After receiving a degree in social work from the University of Western Ontario, he worked for a summer at a tobacco farm to save up cash so he could travel to Calgary, where he settled for good and furthered his eduction.

He's now central to Ms. Notley's vision to make Alberta a fairer place. One where the uneven edges of an incredible oil-fueled economic success story are smoothed away to fix such problems as homelessness, service-sector workers toiling below a living wage, and an income gap between men and women that's Canada's widest.

While the Notley government raised taxes on higher-income Albertans and corporations after taking office last year, Mr. Ceci has ruled out new hikes in his budget. With a combination of economic troubles, aggressive plans for building new infrastructure and unwillingness to cut spending, Alberta will need to do something it hasn't done since the days of Mr. Klein – go into debt, not only to build new things, but to finance the day-to-day operations of government.

Mr. Ceci has met with economists, worked with former Bank of Canada governor David Dodge and has sat down with the major credit-rating agencies since being handed the Finance portfolio last year, but he's still somewhat of an unknown quantity on Bay Street from a personal standpoint.

Part of that is undoubtedly because he is a newcomer to a sector that embraces its own. The federal Liberal Finance Minister Bill Morneau and his Ontario counterpart, Charles Sousa – who have both tabled budgets with deficits and debt-financed stimulus spending – came to government from the finance industry. In addition, the financial world has rarely been the home of New Democrats.

Numerous economists and investors, especially those focused on energy, contacted for this article said they were uncomfortable with proffering an opinion about Mr. Ceci's financial smarts, saying that they did not know enough about the man. He, on the other hand, believes he's got the right strategy for winning the trust of a crucial industry as he seeks to get the economy back on track: sticking to a plan.

"If I can look across the table at the individuals from these companies and say, 'We said we would bring in a deficit of this much, and we said this is where our revenues are going and this is what we're going to the market for in terms of our borrowing,' and we did all these things, then they're going to look at me and say, 'I trust you.' It's not more complicated, I guess, than that," he said.

Mr. Ceci plans to visit financial centres to explain the details of the budget in the coming weeks.

Druh Farrell served with him for nearly a decade on Calgary's city council, where she still sits. She says he was admired there by people of all political stripes, which is rare. Interim provincial Tory Leader Ric McIver, a former councillor, agreed with that assessment. "We always got along, but we disagreed on a lot of things," he said.

During his council tenure, Mr. Ceci got hands-on experience with budgeting on the city's finance committee.

He and his wife, Christine, share a snappily renovated bungalow in the middle of Inglewood, Calgary's oldest neighbourhood. It is a onetime bastion of the working class who were employed by Canadian Pacific Railway, whose Alyth Yard borders it to the south, and the now-defunct Calgary Brewing and Malting, established in 1892.

The community is a hodgepodge of modest old homes, historic storefronts and an increasing number of fancy, modern infills, which show how it was gentrifying before the oil bust. Previously considered a bit threadbare and industrial, at least by suburban standards, its proximity to the city centre and scenic location at the confluence of the Bow and Elbow rivers have made it a sought-after locale in recent years.

At his kitchen table, the Finance Minister often shows his wry sense of humour, a trait that has infrequently surfaced at the wrong time. At a municipal convention in early March, Mr. Ceci made an off-hand comment about selling marijuana in liquor stores. When the comment was shared widely, he had to quickly point out that he was making a joke and not setting government policy.

Like many who have served with Mr. Ceci, Ms. Farrell says she did not expect his appointment to the Finance portfolio. "Initially it was a surprise, but then it made sense," she said. "He sat on council for a long time and we deal with big budgets, so he had a lot of experience. He might have more experience than many of the finance ministers before him when you look at their related experience."

Stephen Carter, once chief of staff to former Tory Premier Alison Redford and a long-time neighbour of Mr. Ceci's in Inglewood, agreed. "Joe Ceci has exactly the same level of skills and experience that most of the previous finance ministers have had."

Marc Henry, once chief of staff to former Calgary Mayor Dave Bronconnier says Mr. Ceci was clearly the best choice Ms. Notley could make, especially amid the number of rookie politicians that were swept into office in Alberta's Orange Crush.

"He's pragmatic, Joe is no ideologue," he said. "He was probably a good choice for Finance Minister given the caucus." 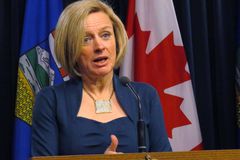 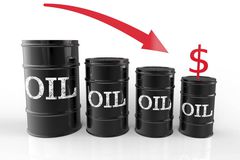 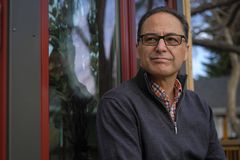