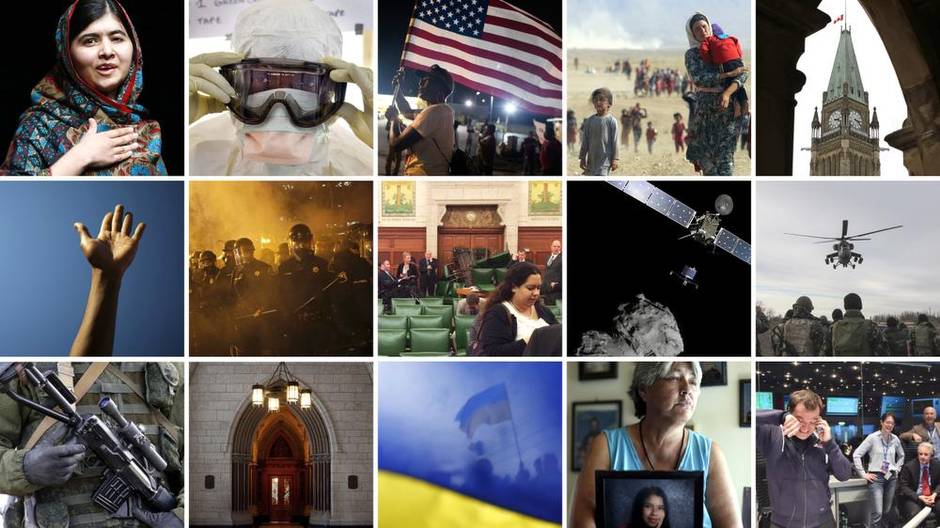 The day the tanks rolled through the streets of Saigon, my parents ordered us children to hide behind the biggest sofa of our home. As the city celebrated the end of the war between North and South Vietnam, and for many years after, life became silent, and every day had to be lived in secrecy. 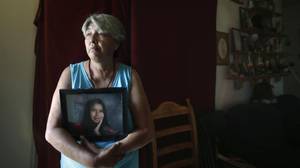 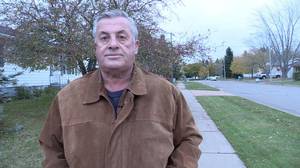 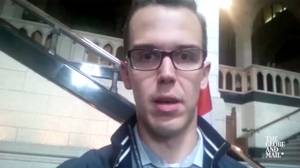 Josh Wingrove: The risks of replaying and remembering the Ottawa shooting 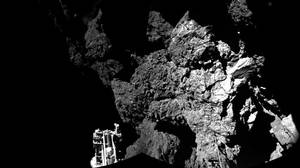 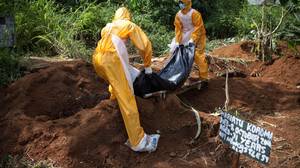 Stephen Douglas: How Ebola had tainted the culture of Sierra Leone 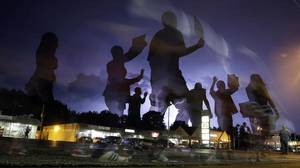 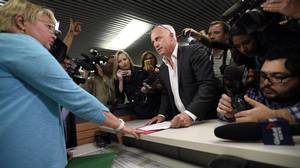 Jeff Silverstein: The aide who pulled off Ford election switcheroo 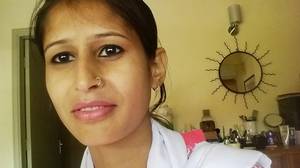 Nadia Noreen: ‘I really want to be like’ Malala 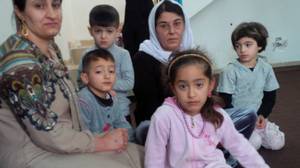 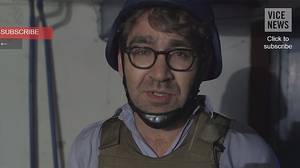 Simon Ostrovsky: How he spent three days as a captive of Ukraine’s rebels 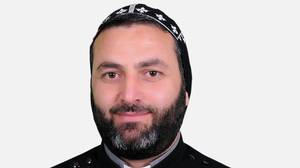 The fear of being forced to betray a relative who had listened to forbidden music or had read a banned book led us to turn a blind eye and a deaf ear, to turn away from activity and motion. My uncle told me that guards needed only to hear gossip that a tear of sadness had escaped from a prisoner’s eye in the re-education camp to make him disappear forever.

Three years after the war ended, in the hollow of the boat that carried us across the Gulf of Thailand, we held our breath and numbed our senses to the endless immensity of the sea, trying to prevent the fear of a shipwreck from suffocating us. When we were squeezed against each other in the refugee camp in Malaysia, I learned to stay asleep, or at least to feign it, so my neighbour wouldn’t know that I’d heard him demand that his wife fulfill her conjugal duty. At that time, it was better not to know, and, as much as possible, not to be a witness of anything.

After many years living in Canada, a country that had not experienced wars of flesh and blood in its territory for over two centuries, I realized that the freedom to live had not changed my natural tendency to withdraw from moments that could turn me into a witness. I still remember tearing through a park after my four-year-old, running through the streets to reach the riverbank, and realizing it had occurred to me that perhaps I should slow down, so that I would not lay eyes on a possible collision between my son’s body and a car as they headed toward each other at full speed.

I’d like to think that my experiences during the dark years of Vietnam’s history aren’t the reason for my lack of interest in capturing life in pictures. But I have to admit that I don’t own a camera. I am blessed to have friends who take photographs of my sons to share with me. Otherwise, there would be no tangible proof of my boys’ first breaths or first injuries, their first Halloween costumes, their first pimples, their first birthdays. … And somehow, I rarely feel the need to see with my own eyes the moment when a marathon runner crosses the finish line, to meet an astronaut in person, or to get autographs from my heroes. I prefer to stay away, to keep a safe distance and not witness the pain caused by toenails turning blue or to be aware of the human needs of these larger-than-life heroes.

I finally understand that it is my duty to pay attention to the society I am a citizen of, that everybody’s presence matters, that each person holds the “power of one.”

In spite of these tendencies of mine, in December, 1989, I accepted a young man’s invitation to join him in Berlin. I had never consciously wished to stand high on the wall in front of the Brandenburg Gate, nor to pass by Checkpoint Charlie before it became a museum – to witness history in the making. It took me 20 years to realize what a privilege it had been to be there, sensing the courage of that first person, who encouraged the next, until an entire population had come together, without machetes or guns, to tear down a concrete wall.

It took me those 20 years, as well, to understand the meaning of another familiar image – one of a lone man with shopping bags in his hands, braving a convoy of tanks in Tiananmen. It’s a photograph that had been tacked up on my bedroom door for years. As I walked passed it every morning I often had a lump in my throat, noticing one detail or another. I saw the unfair balance of power, the co-existence of courage and fragility, and above all, I mourned the absence and the impossibility of a next photograph, a sequence, a continuity.

This man disappeared the same way he had appeared: spontaneously and anonymously. When I was younger, I wasn’t aware that he had never really left us. It’s clear to me now that his legacy is the true meaning and illustration of the “power of one.” Thanks to him, I went back to another image, too, of a Vietnamese Buddhist monk’s act of self-immolation in the streets of Saigon. The photographer who captured that moment, Malcolm Wilde Browne, reported that the man had not moved a muscle nor let out any sound. Recently, it became clear to me that without the photographer’s picture – without this witness – this monk’s strength, his “power of one” would probably not have been able to change the course of history, or leave a lasting impression.

Ever since this revelation, I have set myself the task of visiting the World Press Photo exhibition during its annual tour. The courage of those who serve as witnesses to our lives, who capture the superhuman, the inhumane, and the depth of ordinary moments, slowly teaches me to have the courage to look directly into the eyes of others, to be more present in my life.

Three years ago, I acted as a witness at my accountant’s wedding, present for an immortal moment in the registry of love stories. Sometimes I ask my father to tell my sons about the oral exam he took for his French baccalaureate in Saigon, or my mother to describe the first time she ever tasted Coca-Cola at boarding school. I ask my parents’ friends to share their memories of how they left Vietnam. When Mrs. Quân recounts trying to gather a box of letters from her lover that had spilled out onto the tarmac as bombs fell around her, I am always grateful to hear her story.

As for me, the books I’ve written compel me to introduce myself to readers as a witness to the history of Vietnamese boat people and to an era when refugees were expected, welcomed and hosted. Through bringing this past into the present and telling my story over and over, I’ve learned to calmly embrace this role. Thanks to these opportunities, I finally understand that it is my duty to pay attention to the society I am a citizen of, that everybody’s presence matters, that each person holds the “power of one.” I recognized this when I went to my first protest in Canada, watching people rally for a cause that was dear to them. There will be many more to come. It is an act of solidarity, too, to be there and be able to testify to what unfolded at the protest.

With these first few steps, I have become a witness.

Translated from the French by Marie Eve Gosemick.

Kim Thúy left Vietnam as a boat people when she was ten years old. She has worked as a seamtress, an interpreter, a lawyer, a restaurant chef-owner, a guest chef on various radio and television channels. She is living in Montreal. ru is her first novel, published by Libre Expression in October 2009. Translation rights have been sold in 20 countries so far. It was shortlisted on different literary awards and has won the Governor General’s Literary Award, the Grand Prix RTL/Lire 2010, the Grand Prix du Salon du Livre de Montréal 2010 and others. Her second book, co-authored by Pascal Janovjak, was published in September 2011 by Libre Expression and mãn in April 2013.