There are 38 court cases under way or recently concluded in British Columbia related to resource projects that total more than $25-billion in investment value. Below, we offer a closer look at the legal proceedings.

* No court cases, but one threatened

Number of court cases so far: 18

There have been multiple court applications by the Haisla Nation (three) Gitxaala Nation (three) and Gitga’at First Nation (two), and single applications by the Nadleh Whut’en, Haida Nation and Kitasoo. Some of the parties challenge either the Governor in Council (GIC) decision approving the project, the Joint Review Panel report, or the Certificates of Public Convenience issued by the National Energy Board. Some challenge all three. Although acting separately, five First Nations have launched a joint legal fund raising effort. It is likely some of the cases will be consolidated by the courts.

“We were involved with the Joint Review Panel, we provided evidence, we expressed concerns … those were all ignored. Canada has a duty to consult and that hasn’t happened.” – Gitxaala acting chief Clarence Innis

The Federation of BC Naturalists (BC Nature) has filed a Federal Court of Appeal challenge to the federal government’s approval of Northern Gateway and a separate challenge to the JRP decision.

“We cannot stand by and allow Cabinet to approve this ill-conceived project on the basis of a [Joint Review Panel] report that is so flawed and incomplete.” – Kees Visser, president of BC Nature

Unifor, Canada’s largest private-sector union, has filed for a judicial review with the Federal Court of Appeal and, in a second action, challenges the Certificates of Public Convenience.

“The Northern Gateway pipeline brings sky-high risks to Canadians, but only foreign oil companies will benefit. We will not stand by while Stephen Harper runs roughshod over Canadian jobs, First Nations' rights and environmental concerns.“ – Jerry Dias, Unifor national president 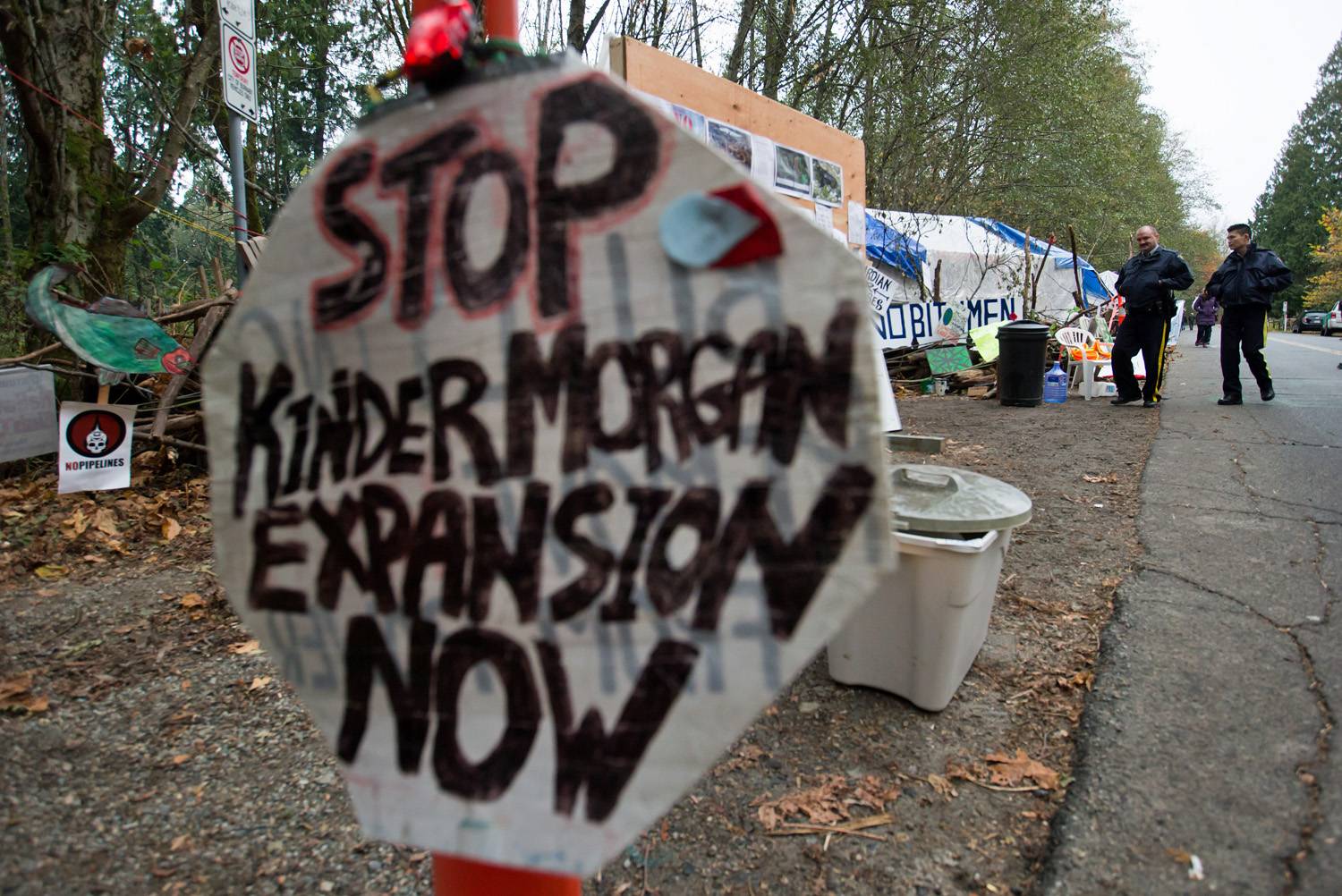 RCMP officers arrive to talk with protesters blocking the entrance to a trail on Burnaby Mountain where work is to be done by Kinder Morgan in preparation for the Trans Mountain Pipeline expansion project, in Burnaby, B.C., on Nov. 18, 2014. (Darryl Dyck for The Globe and Mail)

Number of court cases so far: 7

ForestEthics Advocacy, Dr. Lynne Quarmby and others have launched a Federal Court of Appeal challenge to National Energy Board restrictions on who can participate in hearings.

“Not only have they limited public participation into the NEB process, but the scope of the review is far too narrow. Climate impacts of this vast expansion of fossil fuel export are not even being considered, which in itself makes a full environmental assessment impossible.” – Dr. Lynne Quarmby

The Tsleil-Waututh Nation has announced a legal challenge in the Federal Court of Appeal to NEB’s review of Trans Mountain. The band charges that the government failed to consult and accommodate before the NEB held public hearings.

“The process to review Kinder Morgan’s proposed pipeline expansion and tanker project was designed without First Nations consultation or public participation. The timelines appear to have been designed to rush through approvals.” – Tsleil-Waututh Chief Maureen Thomas

The City of Vancouver seeks a judicial review by Federal Court of Appeal of whether the NEB should consider climate change in assessing the Trans Mountain project.

“What we’re trying to do is to ask the NEB to have a thorough review of this, that evaluates not just the economic benefits but evaluates the environmental impacts.” – Sadhu Johnston, deputy city manager with the City of Vancouver

“I am not persuaded that felling the limited number of trees that Trans Mountain has felled and proposes to fell within a relatively small area of the Burnaby Mountain Conservation Area would constitute irreparable harm. ... I am satisfied that were this court to issue the order sought by Burnaby, there would be a delay, in all likelihood a significant delay, that would cause prejudice to Trans Mountain.” – Madam Justice Brenda Brown

The City of Burnaby has appealed to the Federal Court of Appeal a National Energy Board ruling overriding municipal bylaws and granting Kinder Morgan the right to cut trees during technical work in the Burnaby Mountain Conservation Area.

“This is an issue that has implications for major industrial projects proposed for any Canadian municipality.” – Burnaby Mayor Derek Corrigan

Trans Mountain went to B.C. Supreme Court and received an injunction against protesters blocking survey crews on Burnaby Mountain. The company estimates direct costs of $5.6-million per month of delay.

Climate scientist Danny Harvey, a University of Toronto professor, launched a constitutional challenge against the NEB because the Board refused to hear submissions on climate change.

“The Charter guarantees that the government will not unjustifiably deprive Canadians of their health and well being.” – Joseph Arvay, legal counsel for professor Danny Harvey

Number of court cases so far: 4

The Peace Valley Landowner Association seeks a judicial review in B.C. Supreme Court of the project’s environmental assessment certificates issued by the province. A second petition will ask Federal Court to quash the federal Minister of Environment’s decision to approve the dam.

“Our members, many of whom have lived in the Peace River Valley for generations, are not prepared to allow the remainder of the valley to be destroyed on the basis of flawed environmental approvals.” – Ken Boon, PVLA president

“We do not see how the federal government could have concluded that the project could be justified given the massive infringement on our Treaty Rights.” – West Moberly First Nation Chief Roland Willson 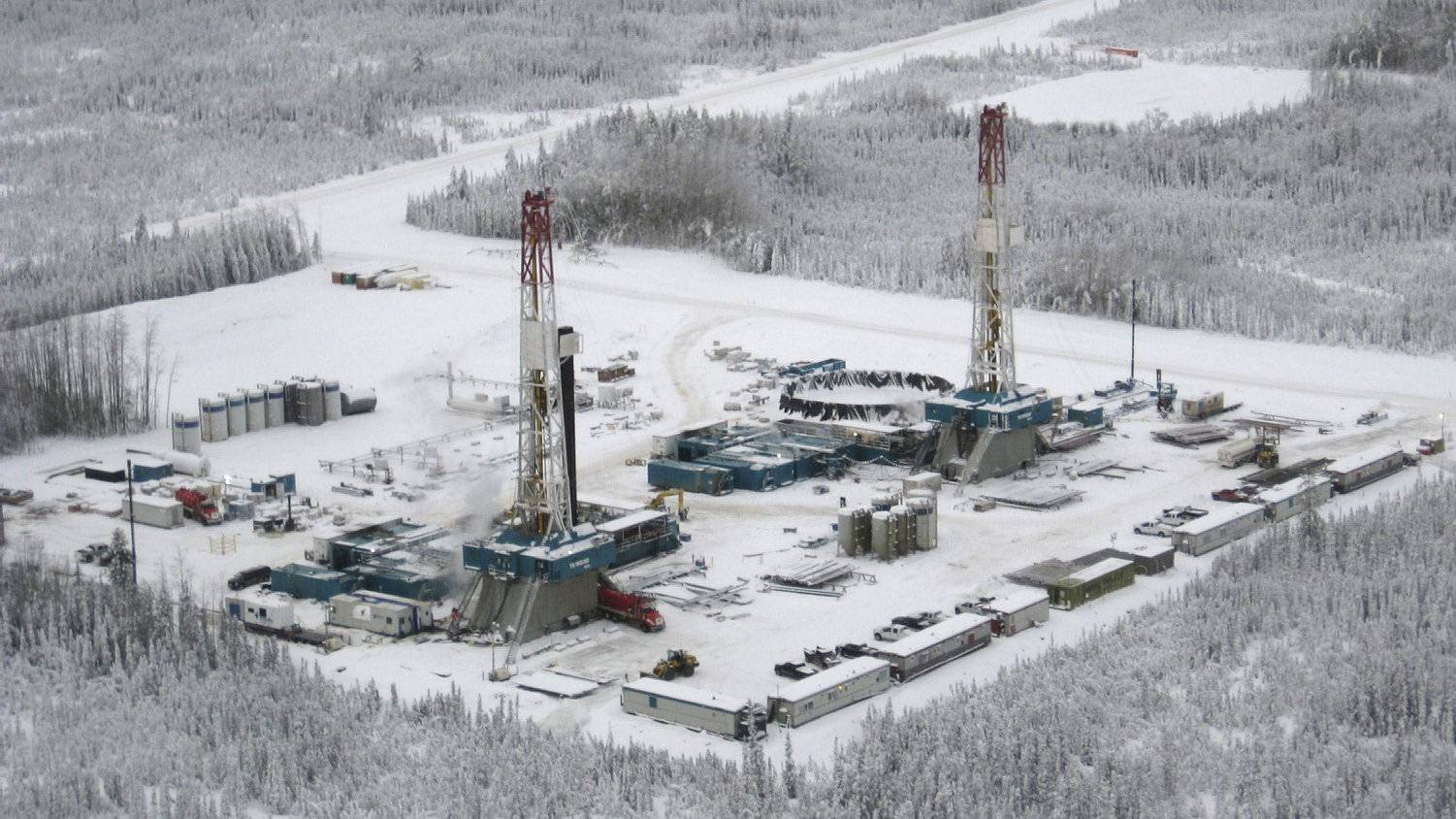 In March, the Western Canada Wilderness Committee and Sierra Club of British Columbia Foundation took the B.C. Oil and Gas Commission to B.C. Supreme Court, to challenge a series of short term approvals to oil and gas companies for the use of millions of cubic metres of water in fracking operations. The applicants argued the approvals were made in violation of the Water Act. Encana joined the case to dispute the standing of the petitioners. In October, court rejected the petition.

“I conclude that the interpretation that successive or recurrent approvals may be granted is reasonable and, in any event, correct.” – Madam Justice Fitzpatrick in Reasons for Judgment 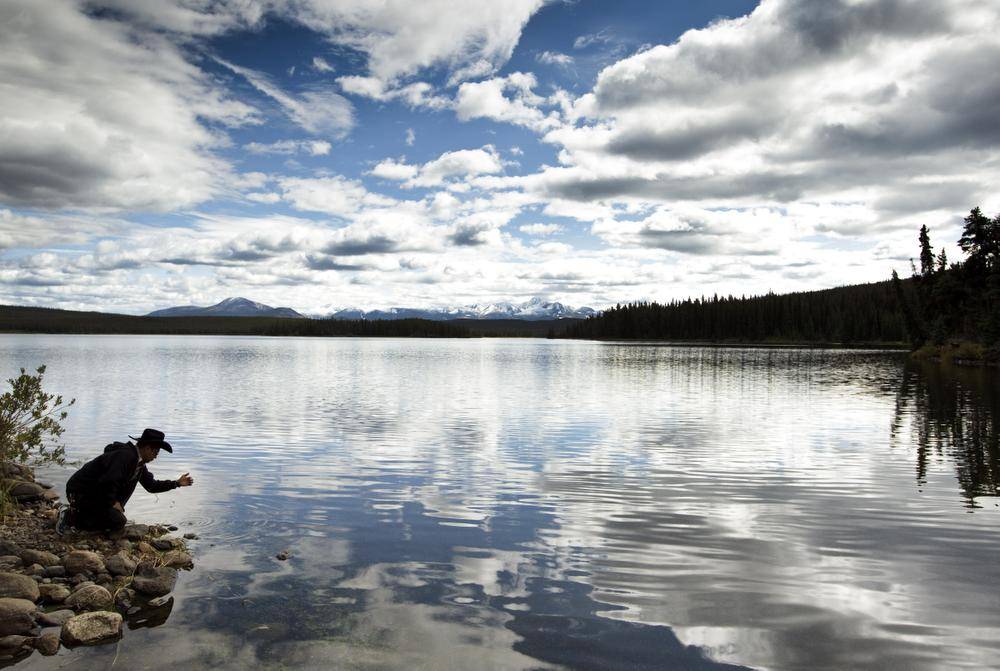 Number of court cases so far: 2

Taseko Mines filed two applications with Federal Court for a judicial review of the federal government’s decision to reject the proposed New Prosperity gold and copper mine near Fish Lake. The government ruled the mine would have unacceptable impact on the Tsilhqot’in Nation, but the company argues the decision was unfair and compensation should be paid. After initial filings, Taseko has applied to convert the two applications into a single civil action.

“Taseko has poured $130-million into this project and has a right to a fair process.” – John Hunter, a lawyer for Taseko 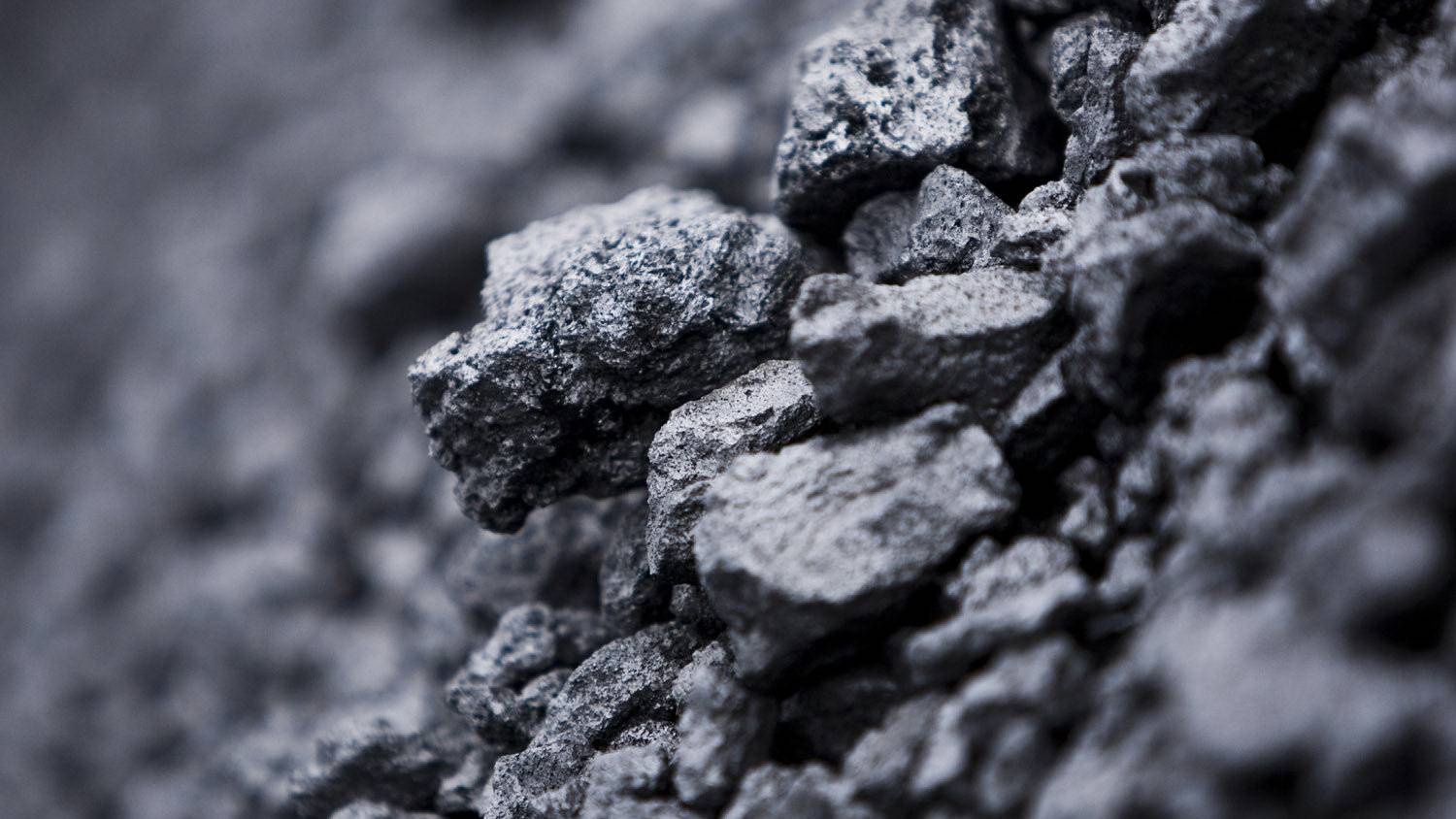 In May the Supreme Court of B.C. rejected a petition by the West Moberly First Nation that sought a judicial review of approvals given by the Chief Inspector of Mines to allow bulk sampling of coal at a proposed mine site. The West Moberly argued that the operation proposed by Canadian Kailuan Dehua Mines Co. Ltd. would harm endangered caribou populations and that the government had failed to adequately consult the band. But the court found the government had “explained its position to the West Moberly in detail,” and had provided all the information it had about the operation and its impact on caribou.

“The consultation and accommodation have been adequate. They have accorded with the honour of the Crown. The petition is dismissed.” – Justice George Macintosh in Reasons for Judgement 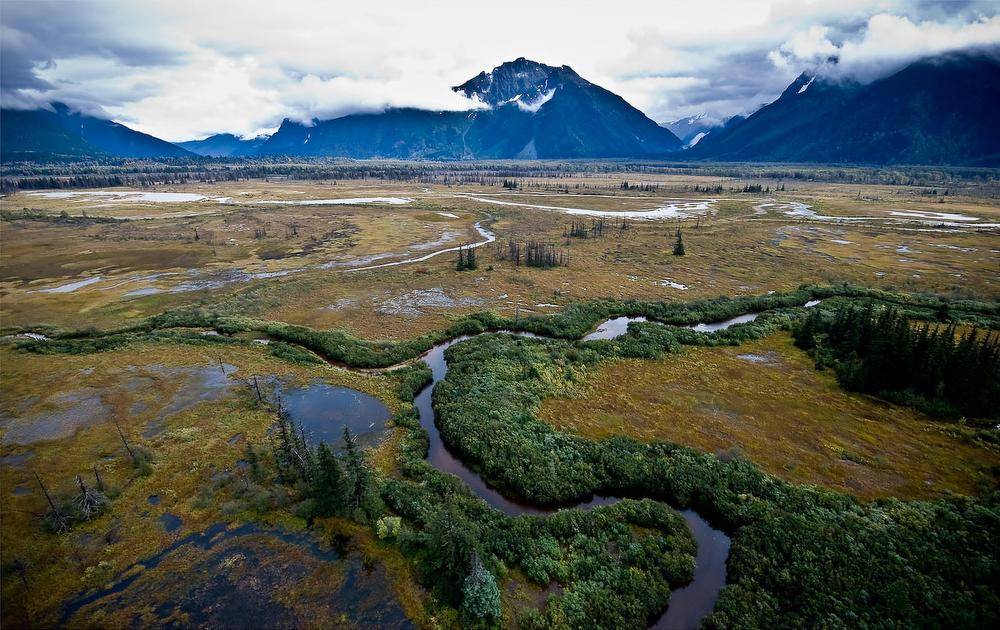 In July the Supreme Court of B.C. ruled that the B.C. government had erred in making an Environmental Assessment Certificate permanent for Chieftain Metals’ mine on the Taku River. The court held that the previously closed mine had not been “substantially started” within five years of the permit being issued and therefore the permit had expired. A new environmental assessment would have to be done in consultation with the Taku River Tlingit First Nation. A partial feasibility study in 2008 estimated capital costs of over $500-million for the project, but opponents question the financial viability of the mine.

“This is a major legal decision in favor of the Taku River Tlingit, and the court’s decision could also halt the Tulsequah Chief mine.” – Chris Zimmer, Alaska campaign director for Rivers Without Borders 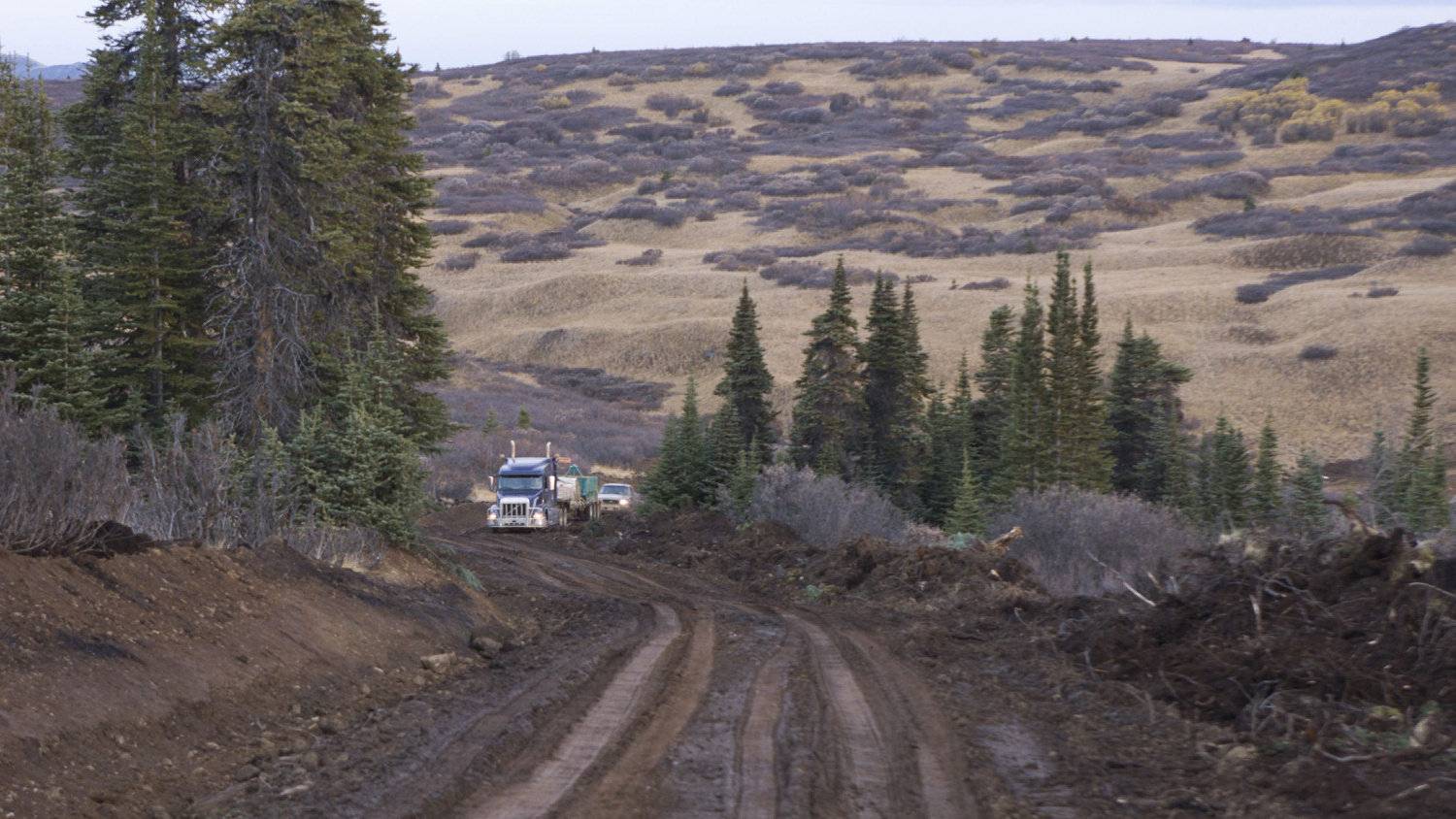 Mobilization of exploration equipment at the Red Chris mine project 2008. (Photo: Imperial Metals)

Imperial Metals Corp. in October filed a lawsuit against individuals blocking an access road to the copper-gold mine in northern B.C. The company had agreements with both the Tahltan Central Council and Iskut First Nation, but a group called the Klabona Keepers blocked access anyway. The company was granted an injunction but was headed back to court seeking a long-term order against the protesters, who removed the blockade awaiting the trial. In November the Tahltan Central Council announced it would apply to participate in the case.

“The TCC will oppose any arguments by the Klabona Keepers that try and deny collective Tahltan title and rights, and claim those rights on behalf of only a small sub-set of Tahltan members.” – statement posted on the TCC website 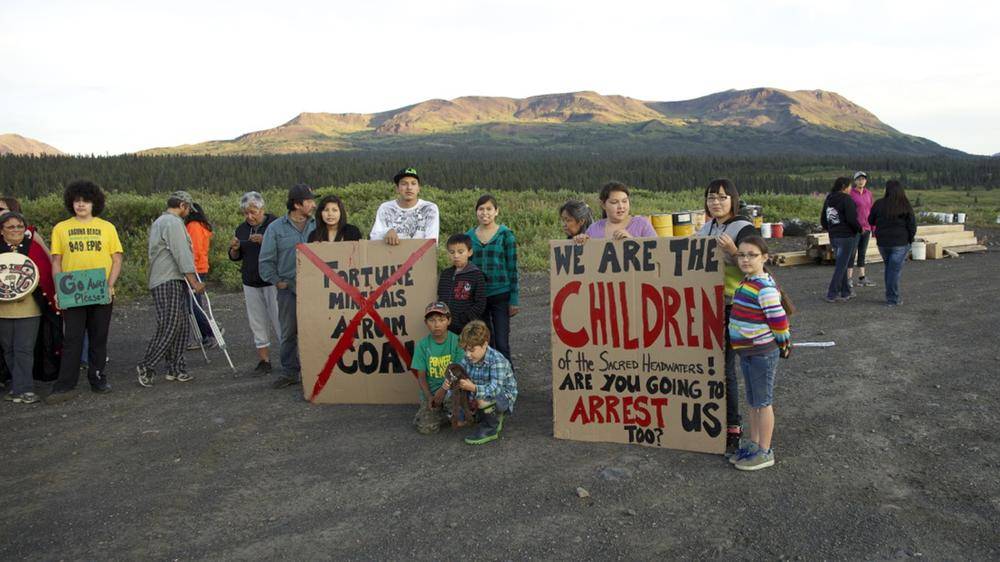 Tahltan youth at a blockade against Fortune Minerals, with Mount Klappan behind them. (Photo: Skeena Watershed Conservation Coalition)

Number of court cases so far: 0, but one threatened

Fortune Minerals Ltd. bills Arctos as “one of the world’s premier metallurgical coal projects,” but protesters have disrupted some of its field work, and a court case appears to be looming. In June the Tahltan Central Council announced it had retained a law firm to prepare an aboriginal rights and title case against B.C. and Fortune Minerals. The company has adopted a “First Nations first” approach in the hope of finding a working agreement with the Tahltan.

“We do not want to go to court, but so far the province and Fortune have refused to listen to us, and court may be our only option.” – Annita McPhee, who at the time was president of the Tahltan Central Council 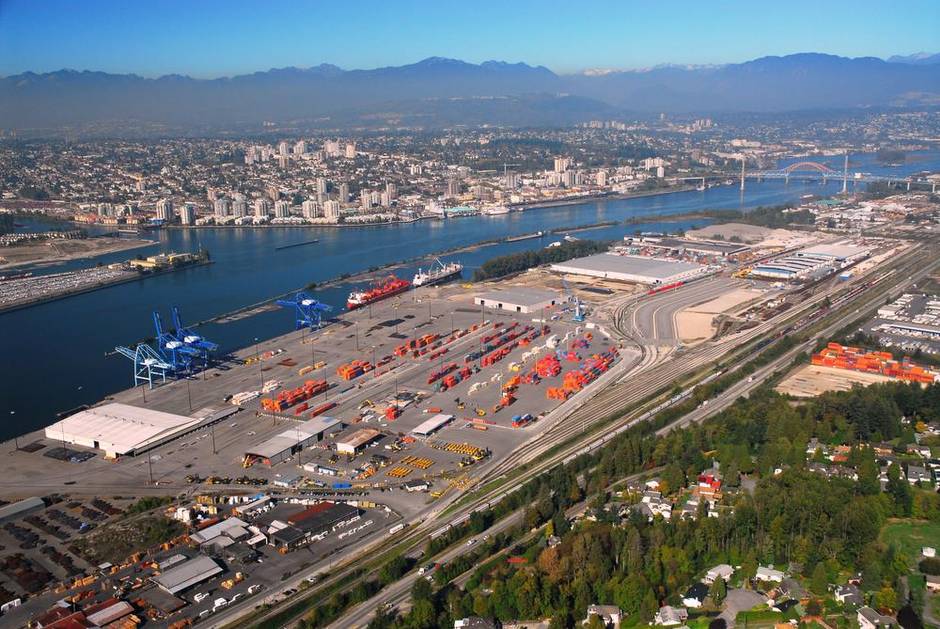 Number of court cases so far: 2

Voters Taking Action on Climate Change, Communities and Coal, and two Surrey residents, Christine Dujmovich and Paula Williams, have filed a Federal Court application seeking judicial review of a Vancouver Fraser Port Authority permit issued to build the facility. The complainants claim the permit failed to consider environmental effects and that the Port was biased in its decision. The City of Surrey and the City of New Westminster have announced they will apply for intervener status in the Federal Court challenge.

“Despite local residents’ grave concerns about the project’s climate and human health impacts, it seems that the Port’s mind was made up even before the environmental assessment was completed. Allowing this project to proceed could lock us into another 30 years of coal exports, and be yet another black eye for Canada’s environmental record and reputation as a climate laggard.” – Kathryn Harrison of VTACC

“I know other communities are interested as well. To me, it reinforces that something has seriously gone off the rails with the port authority decision around this particular project if not only citizens and grass-root groups, but now also municipalities, are saying they want the courts to quash it.” – Kevin Washbrook of VTACC

The Musqueam Indian Band has applied to Federal Court for a judicial review of the permit issued by the Port. The application states that the project infringes the band’s right to fish for food, social and ceremonial purposes.

“Fishing remains a central and integral part of Musqueam life and tradition to this day, and the applicant is committed to preserving its fisheries for both current and future generations of its members.” – Notice of Application filed by the band 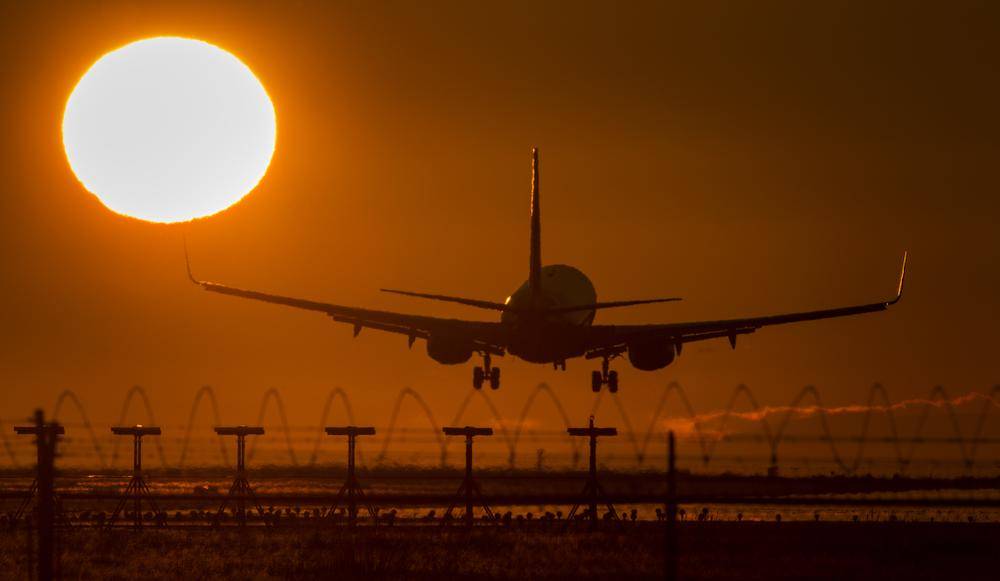 “The public consultation ... was seriously inadequate in many ways so that it did not meet the standards required by law.” – VAPOR press release