The B.C. government is prepared to roll back its Gordon Campbell-era clean energy policies to reduce rate hikes planned by BC Hydro. But the short-term savings will leave the Crown corporation with longer-term debts and greater risks in the future.

Energy Minister Rich Coleman released the results of a review on Thursday that calls for $800-million in spending cuts over the next three years. The savings are to be found by delaying capital projects, slashing operating costs, providing rosier forecasts for revenues and stretching debt repayments over a longer period of time.

A key concession won by BC Hydro is a promise to rethink the province's legislated requirement to move to energy self-sufficiency by 2016, a policy that Hydro says is driving up costs.

But the 124-page review blamed BC Hydro itself for some of the costs, finding a "gold-standard" Crown corporation that favours excessive planning and over-engineering while enjoying unfettered increases in size and spending in recent years.

It concludes that BC Hydro's demands for rate hikes of 32 per cent over three years can and should be halved.

For consumers, it likely means this year's eight-per-cent rate hike will remain in place, and rates will rise by 3.9 per cent in each of the next two years.

For BC Hydro workers, it means major job losses and uncertainty. The corporation has 6,000 full-time positions, and the review says that could be cut to 4,800.

BC Hydro will make the decisions on how the savings are to be achieved, and CEO Dave Cobb signalled on Thursday he is not prepared to accept all the recommendations.

He countered that the required amount can be met with fewer job cuts: He is aiming to trim the payroll to 5,600 quickly, and promised to look at the "business case" if more cuts are required.

Mr. Cobb said BC Hydro's recent hiring – it has increased the number of employees by more than 40 per cent in four years – was due to government policies, in particular the introduction of the Clean Energy Act in 2007. That law required Hydro to meet anticipated growth in demand through aggressive conservation targets.

The review was sparked by Premier Christy Clark's promise this spring to rein in rate hikes as part of her "family first" agenda. That policy appears to have trumped the climate-change agenda of her predecessor, Mr. Campbell.

Mr. Coleman acknowledged, when pressed by reporters, that much of Hydro's expansion happened on his government's watch. He said the policy direction has changed to focus on consumers. "Different objectives were trying to be achieved with regards to BC Hydro," he said, while his mandate has been cost containment.

The review panel spent seven weeks going through BC Hydro's operations. It found "some legislated energy requirements place an undue burden on ratepayers," and suggested B.C. will be better off importing fossil-fuel-based energy than paying higher prices to generate clean power.

When the self-sufficiency policy was introduced, the government said it would protect the province from the unpredictability of energy markets.

The review panel concluded that those requirements provide more insurance than B.C. needs, and that Hydro's energy conservation programs can be rolled back "to reduce the overall cost to ratepayers."

"Self-sufficiency is the one we think is the most important to look at because the dollars in play are very, very significant," Mr. Cobb said.

John Horgan, the New Democratic Party energy critic, dismissed the need to pare down BC Hydro's operations, saying the government ignored big-ticket savings like the Smart Meter program and the cost of buying private power.

"It's short-sighted," he told reporters. He said the corporation may be "bloated" but he's more worried that Hydro could jettison its conservation objectives. "If we don't save money through conservation, we'll lose money through new capital projects."

Mr. Coleman said he accepts the recommendations of the review panel, but he will leave many of the details to BC Hydro, including which capital projects will be suspended.

"There are a fair number of recommendations in the report that might save BC Hydro's customers some money in the short term, but will increases rates over the medium to long term," he said. "History has proven that building renewable generation in B.C. is far more cost-effective than importing coal-fired electricity from the United States."

The panel found little cause for concern over Hydro's present consumer rates, noting that the utility's customers enjoy some of the lowest prices on the continent. In fact, the review found, "revenue generated from residential customers may not adequately cover the ... costs of providing energy to these consumers."

In the mild terms of B.C.'s former comptroller general, Cheryl Wenezenki-Yolland, the province's Crown jewel asset, BC Hydro, is "not as cost effective as it could be."

Ms. Wenezenki-Yolland is one of three panel members who reviewed BC Hydro's books in a bid to find savings to reduce planned rate hikes.

Their report, released on Thursday, painted a picture of a bloated Crown corporation:

650 – The number of engineers on BC Hydro's payroll: that is six times more than the Ministry of Transportation, which has a capital program of similar size.

1 per cent – The proportion of employees who did not receive an annual performance bonus last year. 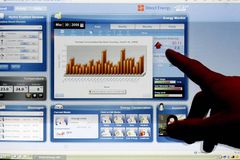