Willie Mitchell, a rugged defenceman for the Los Angeles Kings and a former Vancouver Canuck, is dropping his gloves to fight for a river he has loved since he was a boy.

"The Kokish is close to my heart," he said of the river on northern Vancouver Island where a proposed independent power project would divert a substantial amount of the water into a pipe to generate hydroelectricity.

"I learned to steelhead fish on that river as a boy. … I call it my little therapy place. I missed time with a concussion when I was with the Canucks. Where did I go to heal? I walked up and down that river every day," said Mr. Mitchell, who grew up in Port McNeill, just a few kilometres from the Kokish.

The provincial government has embraced the project, with ministers saying the $200-million project will create jobs and produce green power.

But Premier Christy Clark, a self-styled hockey mom, may want to think twice about endorsing the project now that Mr. Mitchell has joined groups calling for the river to be saved.

Mr. Mitchell has a high profile in British Columbia, where he played junior hockey. He joined the Canucks in 2006 and was twice named the team's top defenceman before being traded in 2010 to the L.A. Kings, while recovering from a concussion.

"I have travelled the world because of hockey and I can tell you I don't see many places like that," he said of the Kokish.

"That river is a gem. … I am not against IPPs, but this is not the right place for a power project," he said.

"I was shocked it got approved," he said.

"Do I think we need clean power? Yes. Do I think this is the right place for it? No," said Mr. Mitchell, who loves fishing in B.C.'s wild rivers.

Mr. Mitchell said there are lots of watersheds on Vancouver Island where hydro projects could be developed without damaging fish habitat.

"Let's use up all those resources before we tap great ones like the Kokish," he said. "I am just talking common sense here."

The Kokish project would significantly dewater the lower nine kilometres of the river, where it plunges down rapids to the ocean.

Mr. Mitchell said that fast falling water is what makes the steelhead in the Kokish so spectacular.

"We call it 'the jungle' because it's so steep in there and it is choked with old-growth forest," he said. "The river is perfect for power generation, so I can see why Brookfield wants to be in there. But it's perfect for steelhead too."

In granting an environmental certificate, the B.C. government declared the project would have no significant impact on fish.

Conservationists disagree, and opposition to the project is mounting.

"This project is so bad that many people didn't think it would go ahead," Gwen Barlee of the Wilderness Committee said in an e-mail. "What it shows is that no salmon-bearing stream is safe from IPPs."

"Fish need water, and this project is authorized to divert between 52-85 per cent of the Kokish River," he said in an e-mail. "It's a big experiment."

Dennis Abbott, director of communications for Brookfield, said his company is encouraged by the environmental certificate from the province and is working with the Department of Fisheries and Oceans to come up with a water-management plan that will ensure the project doesn't harm fish.

But a letter to Brookfield from Greg Savard of DFO's ecosystem management branch suggests the fears expressed by critics are well-founded.

The letter says the project poses "significant risks to fish and fish habitat," during low summer flows, when migration could be stalled, causing "mortality or reduced spawning success."

DFO must approve the project before it can go ahead.

It will be interesting to see if DFO, the federal department charged with protecting salmon, will fight as hard for the fish as Mr. Mitchell is. 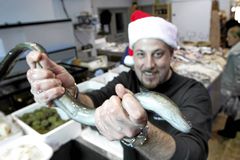 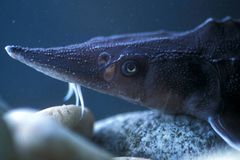