A series introducing the next generation of innovators. We asked prominent British Columbians to nominate people they're watching.

Innovator: Andrew Pask, founder of Vancouver Public Space Network, a non-profit group that wants to maintain, build and enhance public spaces in the city; and planner with City of Vancouver.

"Building better public spaces takes passion and advocacy, and our city needs much more of that. Andrew shows that kind of passion every day with the Vancouver Public Space Network and in his work at City Hall." - Brent Toderian, Urban planner

A person doesn't have to be familiar with the term "place-based planning" to illustrate the concept.

They might do so without thinking, by, say, eating lunch on a sunny sidewalk instead of at a nearby plaza where nobody ever seems to linger.

Andrew Pask, however, would zero in on the details of what makes one place inviting and others – even big, expensive ones – fall flat.

A planner with the City of Vancouver, Mr. Pask is also the founder and a director of Vancouver Public Space Network, a non-profit group that champions public spaces in the city.

The group does so in a variety of ways, ranging from organizing events such as an annual Halloween SkyTrain party (a "flash-mob"-style event in which costumed revellers converge on the transit system at an agreed-upon time) to lobbying authorities on issues such as the "creep" of advertising into parks.

The volunteer activities revolve around the notion that safe, attractive public spaces have multiple spinoff effects, including better public health and even lower crime rates. Founded in 2006, VPSN now has about 2,000 members.

"One of the things that we recognized was that public space plays a role in linking quite an array of issues in the city – whether it's concern about a neighbourhood park, or an idea for safer spaces – a whole array of things," Mr. Pask says.

In his day job, Mr. Pask is part of a department that became a lightning rod for community concerns over the consultation process for development in neighbourhoods including Grandview-Woodland. Those concerns were front and centre in the November civic election, in which Vision Mayor Gregor Robertson won a third term after apologizing to voters for not listening to them enough.

The results of that supposedly overhauled approach – and consultations now under way – will be seen in years to come. In some regards, Vancouver – with its emphasis on pedestrians and cyclists – is a leader in thinking of public spaces and how they can serve as the "connective tissue" of a city, Mr. Pask says.

He shies away from hard-and-fast ratios of how much greenery or square footage makes a "good" public space, observing that some of the most popular city spaces are private property, like a set of steps or a landscaped courtyard of an office building.

Along the same lines, "place-based planning" can involve revamping existing capacity – like the north plaza of the Vancouver Art Gallery, currently a wasteland of soggy bark mulch – into a more welcoming, serviceable spot. And "parklets" – reclaimed parking spots dolled up with plants and furniture – can invigorate a street.

(The city is currently looking at options to revamp the North Plaza as well as the 800-block of Robson Street, which has been turned into a summer plaza for the past four years through the city's Viva Vancouver program.)

In its Public Space Manifesto 2014, VPSN came up with 50 ideas to improve public spaces, ranging from big-picture recommendations like a citywide land-use plan to "socially inclusive spaces" that are open to people of all ages, genders and abilities.

While people may not be thinking in urban planners' lingo when they gravitate to a public square or patch of greenery, their choices speak for them.

"In all of the good cities that people think of around the world, almost all of those places they think of are places in the public realm," Mr. Pask says.

Beloved Granville Island a landmark in transition
May 12, 2018 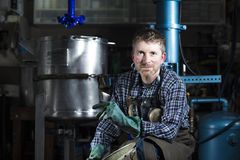 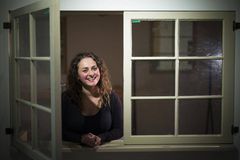 East Vancouver alternative school program takes it outside
May 12, 2018
Vancouver International Airport’s sense of place makes it a winner
May 12, 2018 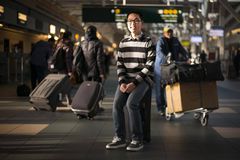