By the time she went to bed just after 1 o'clock in the morning Monday, Carole James knew her days as NDP leader were over. An hour earlier she'd been given an update by her chief of staff on high-level meetings taking place between the Gang of 13 in her caucus who wanted her gone and two representatives from the B.C. labour movement trying to broker a last-minute peace accord.

The short, but mandatory, list of demands that Ms. James insisted be included in any accord weren't going to fly, Jim Rutkowski informed his boss. The rebels had their own idea of what reconciliation looked like.

With her husband away, Ms. James tossed and turned in her bed, getting pockets of sleep between long bouts of staring at the ceiling pondering her fate. She finally got up at 4 a.m. and began typing out her resignation announcement. Mr. Rutkowski would phone 90 minutes later with an update on the negotiations with the Gang of 13 that concluded at 2 o'clock in the morning. Nothing had changed.

"Well, Jim," Ms. James said. "Then today is the day. Let's call a news conference for this morning and get this over with."

While the record will show that Carole James announced her resignation as leader of the B.C. New Democratic Party at the legislature just after 11 a.m. Monday, her hold on the party began unravelling a few weeks earlier. The resignation of her caucus whip, Katrine Conroy, on Friday, Nov. 19 preceded a weekend emergency meeting of the party's provincial council to discuss a motion put forward by a handful of constituency associations calling for a leadership convention. It was defeated by a resounding margin - 84 per cent. But at the meeting, 13 members of Ms. James's caucus were identified as being part of an internal cabal out to get her.

Ms. James drew a line in the sand that weekend, saying the infighting had to stop. But 12 days later, it would get worse.

Jim Rutkowski got a call from longtime NDP MLA and party stalwart Jenny Kwan saying she was going to be releasing a statement in five minutes. She refused to tell him what it was about. It wouldn't take long for word of Ms. Kwan's blistering diatribe on Ms. James's leadership to make the rounds. When Mr. Rutkowski finally got his boss on the phone, they both knew it was all-out war. The dissidents, led by Ms. Kwan, were drawing a line in the sand of their own.

Ms. James sounded out her key supporters in caucus. Earlier, she'd sought the counsel of former party leader Mike Harcourt, who had fallen victim to a caucus mutiny of sorts himself in 1995.

A decision was made to confront the Gang of 13 head on: conform or face punishment, Ms. James would tell a Thursday news conference. She called an emergency caucus meeting for the weekend to deal with the latest uprising. It was a high-stakes game of chicken and Ms. James and her supporters knew it. If the other side didn't fall in line, or have at least some of the group break with their fellow insurgents, her leadership might be on the line.

The next day a couple members of the dissidents - Doug Routley and Claire Trevena - contacted officials in the labour movement in the hopes of averting a nuclear war. B.C. Federation of Labour president Jim Sinclair contacted Ms. James's office to see if there was any appetite for some labour movement-led negotiations with the dissidents. Ms. James and Mr. Rutkowski weren't optimistic but thought there was little to lose.

But for the embattled NDP leader there was a minimum any agreement had to include. One was a letter signed by all 13 stating that they agree to work with the leader, caucus and party within the direction that was set.

The talks began Saturday afternoon. The Gang of 13 camped out with Steve Hunt, head of the United Steelworkers of B.C., at the union's offices in Burnaby. Meantime, caucus supporters of Ms. James were with Jim Sinclair, to monitor progress in the talks.

Saturday night Ms. James received a call from her supporters: the dissidents had moved off their demand that she leave and that a leadership convention be held. The emergency caucus meeting scheduled for the next day was postponed so talks could continue.

Ms. James spent most of Sunday getting updates from her supporters. The last call Ms. James received was from Mr. Rutkowski at midnight. It was not good.

All the dissidents were prepared to do was sign a confidentiality agreement not to discuss their issues in public. They weren't prepared to say they would support the leader. They hadn't agreed on any disciplinary measures for Jenny Kwan and, in fact, said if any was meted out they would all walk. The group did have some proposals for bringing in an outside mediator to reform caucus procedures that they weren't happy about.

While Ms. James and her supporters were prepared to fight to the end, she could tell that labour, the spine that ran down the back of the party, wasn't ready for that battle. Their representatives, including Mr. Sinclair and Mr. Hunt, started talking about what a showdown would mean to the party, how it would have to hold 13 nomination meetings. They suggested the party would be adding to its problems if it disciplined Ms. Kwan too harshly.

Once she started getting those signals, Carole James knew that the courage to stand up to the dissidents was evaporating among key groups inside the party. It was even waning at the executive level. An Internet campaign to build support around Ms. James's leadership was taken down by the party on the weekend following complaints by the dissidents. She wasn't even told.

"What hope do I have if the party is going to take something like that down?" Ms. James asked her chief of staff.

After informing Mr. Rutkowski of her decision early Monday, she phoned her husband, Al, who was spending time in Burns Lake where he is the band chief. He was so furious with what was happening to his wife he phoned her back five times.

Once she got to the legislature, Ms. James phoned her key supporters in caucus. Everyone cried, the men and the women. Party president Moe Sihota phoned to try to persuade her to fight on. It was too late. Minutes later she was standing before the cameras. 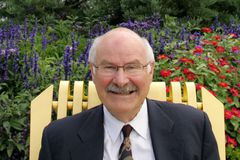 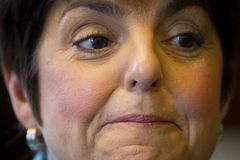 updated
B.C. NDP working on reconciliation
December 5, 2010
Follow Gary Mason on Twitter @garymasonglobe
Report an error Editorial code of conduct
Due to technical reasons, we have temporarily removed commenting from our articles. We hope to have this fixed soon. Thank you for your patience. If you are looking to give feedback on our new site, please send it along to feedback@globeandmail.com. If you want to write a letter to the editor, please forward to letters@globeandmail.com.
Comments