One day after an autopsy confirmed Glee star Cory Monteith died of a toxic mix of heroin and alcohol, police in Abbotsford, east of Vancouver, warned of a surge of overdoses in their city.

While the Vancouver-area drug market has long drawn considerable attention, the focus has typically been on marijuana, not heroin, a "point" or one-tenth of a gram of which can run for about $10.

Police in Abbotsford – the Fraser Valley community that was sued earlier this year by a group of injection drug users for banning harm-reduction services – were so alarmed by the surge that they purchased a drug sample so they could send it off for testing. The results are not in yet, but with overdose calls up by as much as 39 per cent, the department felt it had no choice but to step in and issue the warning. Police say the alert is not linked to Mr. Monteith's death.

"If you shoot heroin, be aware of the toxic-grade heroin that is currently circulating and reduce your amount," Constable Ian MacDonald, the Abbotsford police spokesman, said Wednesday. "Using the same dose of toxic grade heroin can increase the risk of respiratory failure, overdose and death."

Constable MacDonald said front-line officers have heard from numerous people on the street who are concerned about the potency of the heroin currently on the market. The department has seen at least eight heroin overdoses since mid-May, one of which was fatal.

B.C.'s provincial health officer issued a bulletin in late May advising physicians, first responders, and other health care workers to watch for overdoses associated with fentanyl, an opioid that can look similar to heroin but is several times stronger. The bulletin said 23 deaths related to fentanyl were recorded in the first four months of 2013, compared to 20 in 2012.

Dr. Perry Kendall, the health officer, said in an interview Wednesday that the May bulletin appeared to work – the overdoses decreased.

"Abbotsford may just be the first wave of another batch of this stuff being out on the streets; it's really hard to know," he said.

Vancouver Coastal Health said it has not seen an increase in heroin overdoses in its emergency departments.

Fraser Health, which covers Abbotsford, said it has not seen an increase in emergency-room visits due to heroin overdoses, but has heard about an increase in adverse effects due to fentanyl. The coroners service said its latest figures indicate there have been 30 fentanyl-related deaths so far this year.

Darwin Fisher, the co-ordinator at Insite, Vancouver's supervised injection site, said the facility did not see an increase in overdoses before the May bulletin, nor after. He said opiates in general, which can include heroin, account for about 60 per cent of the injections at Insite.

Speaking of Mr. Monteith's case, Mr. Fisher said mixing substances greatly amplifies the risk. He said using the drugs after a period of abstinence – Mr. Monteith had recently completed a stint at a rehabilitation facility – can also be risky because tolerance can go down.

He urged people not to use alone.

Christie Wall, an organizer with the Vancouver Area Network of Drug Users, said fentanyl is being mixed into heroin, or being sold as heroin, and people can't tell the difference, as they could when fentanyl was a patch.

She said the overdoses in Abbotsford show how that community could benefit from supervised injection.

Mr. Monteith's body was discovered in his hotel room on the 21st floor of Vancouver's Fairmont Pacific Rim hotel on Saturday after he missed his checkout time. He was 31.

He is believed to have taken the heroin while he was alone in his room. He had previously spoken of his drug and alcohol use as a teenager and sought help for substance addiction this year. He told Parade magazine in a 2011 interview that he was "lucky to be alive." 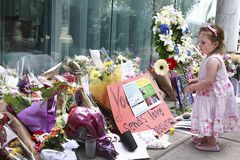 Autopsy for Cory Monteith to be conducted Monday
July 15, 2013 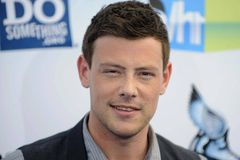 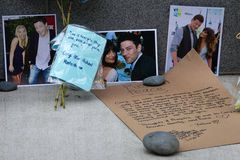 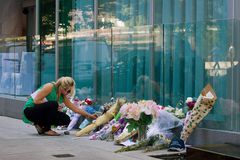 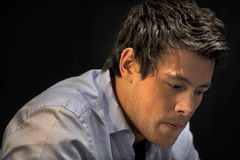