Kevin Tong's house will not have a furnace. He's assured that it also won't have mildew and that his family will not shiver through winters.

To meet those apparently contradictory goals, Mr. Tong's new house in Vancouver's Grandview neighbourhood is in a race with a handful of others to be the city's first so-called "passive house." Five years after the City of Vancouver published its Passive Design Toolkit for Homes, touting the design standard's potential to cut a building's energy demand in half, the municipality has yet to boast even one completed structure certified to fully passive standards.

It's an indication of the technological and bureaucratic hurdles builders face in an effort to implement the voluntary standards of a movement developed two decades ago in Germany.

Mr. Tong said he had already been planning to downsize from his 4,000-square-foot Shaughnessy house last year when BC Hydro forecasted a 28-per-cent electricity rate hike over the next five years, starting with a 9-per-cent jump this April.

Mr. Tong said he Googled "energy-efficient housing," landed on the idea of the passive house, and decided to build passive on his Grandview lot. "But I don't feel like a I'm a guinea pig," Mr. Tong said. "I have always been the first one to try new equipment, new technology, new gadgets. But this is already a proven technology in Europe."

Mr. Tong's aging mother will live on one side of the new duplex, and he, his wife and their youngest son on the other as they move into empty-nesting. The duplex will feature walls that are 30 centimetres thick, are prefabricated, and heavily insulated. Windows will be triple-pane and face south. Air-tight construction measures include leak-proof doors and nails. And the pitched, metallic energy-efficient roof will combine to eliminate the need for a furnace.

Air exchange through an ultraefficient heat recovery ventilation system is to prevent mildew and ensure the structure doesn't become a huge oven.

Water will be heated through a solar thermal water-heating system on the roof. Mr. Tong's passive house will make room for future electricity-producing solar panels – but those panels won't be included at the outset: "We're thinking ahead for when that technology becomes more affordable."

The Canadian Passive House Institute notes on its website that the use of solar panels, geothermal systems and wind generators aren't part of the Passive House standard: Those are considered by the institute to be "bolted-on and generally expensive." They don't affect the thermal efficiency of the house itself, the institute explains.

"In a Passive House, the primary goal is to achieve a superbly well-insulated and tightly sealed building envelope, then introduce fresh air in winter via a very high-efficiency heat recovery ventilation system."

The global Passive House Database shows 7 certified buildings in Canada, 6 in B.C., and only one in the Lower Mainland (also designed by Marken Projects), in Surrey.

But building one in Vancouver has been challenging.

City permitting staff estimate that about 10 per cent of single-family home applications incorporate some passive design techniques and the Federation of Canadian Municipalities named Vancouver as having the best green building policy.

"There are some barriers to doing high-performance design in the city of Vancouver," he said in an interview.

The city has aggressive zoning guidelines in several neighbourhoods. Mr. Paulsen noted in some, there's a push for a certain kind of heritage look. There are restrictions around side-yard setbacks and about how large upper floors can be compared to the main floor.

"Many of these well-intentioned guidelines wind up creating a building envelope that's very convoluted – in other words, it has lots of little surfaces, little bay windows, little setbacks and bump-outs and things like that," Mr. Paulsen said.

"There's a design aesthetic in this city that views these as a good thing … The unintended consequence is that it makes it harder to build a simpler form house in this city." 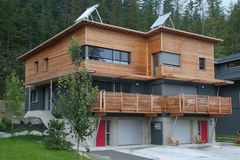 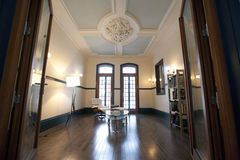 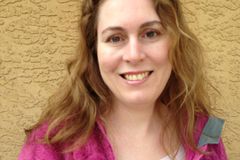