Inspired by the avante-garde Situationists who sparked France's 1968 uprising, Kalle Lasn has been crafting videos and memes for more than three decades critiquing the crueler aspects of global capitalism in the hopes of starting a worldwide revolution of some sort.

From Adbusters' small Vancouver office, Mr. Lasn and his team of creative twenty- and thirtysomethings pump out new issues every two months, hoping that a new meme can inspire thousands of disillusioned young people into the streets in protest, as its plea to "occupy" Wall Street did in the fall of 2011. Now in his mid-70s and an elder statesman in radical activist circles, Mr. Lasn remains hopeful that another Adbusters campaign – the latest being a cry to dump Prime Minister Stephen Harper in the next general election – will hit its network of up to 100,000 culture jammers and spark real change.

In an interview with The Globe and Mail, he talked about the present state of his global activism.

Is Adbusters rising above the din of competing online voices to maintain its relevancy?

On the Internet, every day there's something that goes viral, something that tries to capture your imagination and then basically colonize your whole day, but we try to somehow go beyond that.

More and more in our brainstorming sessions, and in our magazine, and everything we do we sort of [want to] be the deep down philosophical base for a global movement of artists and writers and people who are pushing the world into some sort of a sane and sustainable direction.

What do you make of Vice Media's recent success partnering with mainstream outlets?

Many, many years ago, we were both kind of equal. We both had a magazine that many people found interesting. Somehow, Vice moved on and now Vice is interviewing the President of the United States and we're still somehow trying to spark radical movements. I'm a little bit jealous, I guess, but I think at the moment Vice has become a spent force. Now, Vice is a new media phenomenon, but they are so mainstream that I don't think they really stand for anything any more, and they certainly don't inspire the hundreds of millions of young people around the world who are trying to come up with a sustainable future.

What are the lasting implications of the Occupy movement?

Conventional wisdom is that somehow it came and it fizzled out and went away and there was a sayonara feeling to it all, but I don't see it at all that way. Sure we stopped meeting in parks and sleeping in parks, but that feeling in the guts of maybe 100 million young people around the world that the future doesn't compute and we have to stand up and do something about it – that feeling is still very much alive. After Occupy, there were youth uprising in many many countries. Next December in Paris, if the world leaders don't come up with a climate accord, then I can see all these national youth uprisings getting co-ordinated. We're going to launch a global event.

You have said corporations have always been years ahead of average citizens at harnessing the power of the Internet. Is that changing?

We're in an age of globalization and corporations are way ahead of the game, they know how to operate on a global level. Whereas, when it comes to politics and activism, then politics and activism tends to be very local and very national. We're just at the early stage now of seeing the globalization of activism. Our first taste of how powerful it can be if we all work together can happen next December after Paris.

Are you hopeful a global climate-change accord can be struck there?

We talk a hell of a lot about this dark cloud, this climate-catastrophe cloud, that's hanging over all of us and how – if we don't get our act together and change business as usual in politics, and in environmental matters, and in media, and so on – how we may actually be at the beginning of a very long dark age. Not one of the hundreds of activists that I've talked to over the last few months has told me they think they will succeed.

Opinion
To confront climate change, we must turn fear into empathy
March 24, 2015 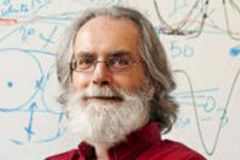 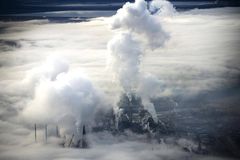