An intense affair between the only two crew members on the bridge of the Queen of the North passenger ferry when it slammed into Gil Island more than seven years ago has dominated headlines about the sinking ever since.

Arguing for navigator Karl Lilgert's conviction on two charges of criminal negligence causing death, the Crown has suggested that some "personal business" went on between the two that distracted Mr. Lilgert from making a routine course change to ensure the large vessel stayed well clear of the imposing, rocky island.

As the 4 1/2-month trial nears its conclusion, however, B.C. Supreme Court Justice Sunni Stromberg-Stein has warned jurors against using the fact of the extramarital relationship as evidence of Mr. Lilgert's character or guilt.

During the first day of her charge to the jury on Monday, Justice Stromberg-Stein noted that members have heard considerable detail of the sexual relationship between Mr. Lilgert and quartermaster Karen Briker, which came to an end when their respective partners found out about it, only weeks before the Queen of the North's last fateful sailing.

Their time on the bridge that night was their first opportunity to work alone together since the breakup.

Both Mr. Lilgert and Ms. Briker testified that nothing untoward took place between them, insisting there were no hard feelings about the end of their affair, and all their talk was routine.

But prosecutor Michel Huot put it to the accused that either sexual activity or an argument had occupied his attention "instead of navigating the vessel," before the ship ran aground. Mr. Lilgert rejected the assertion.

Justice Stromberg-Stein told jurors that the previous extramarital affair between the crewmates is part of the Crown's case, going only to why Mr. Lilgert may have failed to properly navigate the Queen of the North.

"You cannot use that [he] was involved in a sexual relationship with Ms. Briker as evidence of his character … or that [he] is someone more likely to have committed the offence."

Testifying in his own defence, Mr. Lilgert said he was dealing with gusting winds and driving rain, while making two course adjustments ahead of Gil Island to avoid a small boat and tug in the area. The Crown called his evidence "completely unbelievable," pointing to the straight line the ferry travelled directly into Gil Island.

Justice Stromberg-Stein indicated that jurors' assessment of Mr. Lilgert's credibility is key to their finding. "If you believe Karl Lilgert's testimony, you must find him not guilty," she said. "Even if you don't believe him, but find that it leaves you with a reasonable doubt," he must be acquitted, she added.

She said there is no issue that Mr. Lilgert was required to make a course change after the Queen of the North passed Sainty Point, north of Gil Island.

She recalled witnesses who testified it was "an easy turn and an easy transit" past the island, and that Mr. Lilgert has accepted responsibility, as the navigator in charge, for the collision and sinking.

Two passengers, Gerald Foisy and Shirley Rosette, have not been seen since the ship went down and are presumed to have drowned.

For Mr. Lilgert to be convicted, the jury must find that his actions displayed a "wanton and reckless disregard" for the lives and safety of others, Justice Stromberg-Stein said.

She is expected to conclude her charge Tuesday. 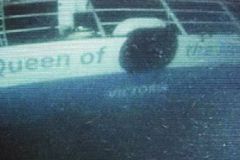 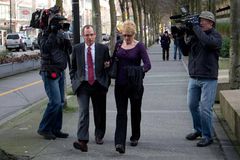 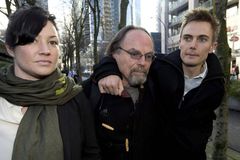