Housing affordability has emerged as a key issue among B.C. voters less than a year before the next provincial election, a new poll suggests, as the Liberal government implements a series of measures aimed at cooling the real estate market – most notably a 15-per-cent tax on foreign buyers.

The Innovative Research Group Inc. poll asked 600 randomly selected British Columbia residents to name the most important issue facing the province. Seventeen per cent said it was affordable housing – far ahead of the environment and climate change at 8 per cent and health care at 7 per cent.

"In terms of what's most pressing today, the top-of-mind response tells us it's affordable housing. That is on the tip of the tongue for people," Greg Lyle, managing director of Innovative Research, said in an interview on Wednesday.

The foreign buyers' tax, which took effect on Aug. 2, was the latest in a series of policies that suggest the B.C. government is also attuned to the housing file as it prepares to seek a fifth-consecutive term from voters – the second with Christy Clark as party leader – in next May's election. At the same time, the New Democrats in British Columbia will be seeking a return to power for the first time since 2001.

In the survey, 83 per cent of respondents said the government should be doing more to make housing more affordable – the same figure for education. Keeping the cost of living in check ranked at 80 per cent, while 78 per cent called for more action on jobs and economic development.

Mr. Lyle said the summer legislative session was a sign that the Liberal government is intently attuned to housing as an issue that must be effectively managed. "It is on the boil," he said. "That affordable housing thing – it just demands to be dealt with."

For some time, the government was wary about getting involved in addressing the role of foreign investors in the heated housing market. At other times, the Premier has expressed concern about measures that would affect homeowners' equity in their residences.

But given growing unease about skyrocketing house prices and access to housing, the government moved to act, and there is the prospect of further measures in the future.

NDP MLA David Eby, who has been at the forefront of the opposition response to the housing file, said on Wednesday that his party is working on the housing component of its platform and will be releasing parts of it this fall.

Mr. Eby said in an interview that there will be a focus on constructing affordable housing, with attention to unique opportunities around government financing and property, and he raised the idea of rental-only zoning options for municipalities. He said the NDP is aware of the shortage of rental housing, and it plans to offer solutions, particularly for student housing.

Thomas Davidoff, an associate professor at the University of British Columbia's Sauder School of Business, said the foreign buyers' tax was a bold move. While he said he doesn't necessarily agree completely with the way the government designed the tax, he feels the effort was at least a step in the right direction.

"It's not perfect, but I don't want perfect to be the enemy of the good," said Prof. Davidoff, one of a group of economists from UBC and Simon Fraser University who called on the province to introduce a tax targeting people who own property in British Columbia but are not tied to the local economy.

"I think they really did something fairly major that needed to be done, and I certainly hope they will stick to their guns on this."

However, he said, the move wasn't risk-free. "It is certainly within the realm of possibility that if foreign buyers left this market, there could be something along the lines of a crash, which politically would be very bad for the Liberals," he said.

The poll also found that the Liberals have the support of 35 per cent of voters, the NDP has 26-per-cent support and the Green Party has 15 per cent. The B.C. Conservatives, who have neither a leader nor a seat in the legislative assembly, have 14 per cent.

However, Mr. Lyle played down the relevance of the "horse race" statistics at this point. "The bottom line is that no party strategist is going to bet any real money on the horse race nine months before the election," he said.

The phone survey, conducted from Aug. 12 to 14, carries a margin of error of plus or minus four percentage points, 19 times out of 20. 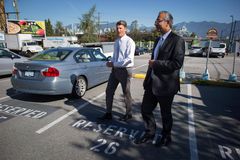 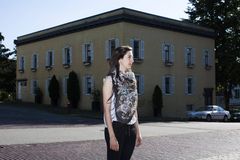 After Victoria’s homeless camp is shut down, poverty thrust into spotlight
August 7, 2016 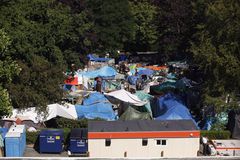