Ivan Henry was vindicated on Wednesday after an appeal court concluded he had been wrongfully convicted, ending a legal ordeal that saw him serve the longest time ever in Canada for crimes a prisoner did not commit.

Now 64, Mr. Henry served nearly 27 years for a string of sexual assaults in Vancouver in the 1980s. In exonerating him completely, the B.C. Court of Appeal cited the use of a photograph of a police lineup as evidence: Ivan Henry could easily be picked out - he was the guy held in a headlock by police.

That was seemingly a lifetime ago. His two daughters were 7 and 9 when he was incarcerated. He now has three grandchildren, the oldest a 16-year-old grandson. His wife died 20 years ago, while he was in prison. His mother died three years ago.

Mr. Henry was in a holding cell when he heard about the ruling. His two daughters, Kari Henry and Tanya Olivares, were in court. As soon as the judge of the B.C. appeal court announced that the convictions were quashed, the sisters burst into tears and sobbed into each other's shoulders.

Mr. Henry - joining a lengthening list of men who have been wrongfully convicted in Canada - was freed from custody less than an hour later. In remarks on the courthouse steps, he was gracious to "the good judges [who]propelled this into acquittal" and insisted he was not angry about spending nearly three decades in prison for crimes he did not commit.

"That would not do me any good," said Mr. Henry, who was released on conditions 16 months ago while the court considered his case. "Walking around, maybe start drinking or whatever. I cannot do that. I got grandkids that I'm so proud of. I got a little dog I look after. He is my friend. It is just the way it is."

He sidestepped questions about compensation, saying he would consult his lawyers.

Mr. Henry was convicted in 1983 of three counts of rape, two counts of attempted rape and five counts of indecent assault in attacks on eight women between May, 1981 and June, 1982 in Vancouver's Mount Pleasant neighbourhood. He was subsequently declared a dangerous offender, meaning he could be held in custody indefinitely.

His conviction was based mostly on eyewitnesses and voice identification evidence from the victims. In reopening the case last year, the appeal court found that the prosecution failed to disclose 27 oral and written victims' statements to police. It also failed to tell Mr. Henry about forensic and police reports indicating biological material that could have been subject to testing and may have returned results excluding him.

"The verdicts [on all charges]were unreasonable," a three-member panel of the appeal court stated in its 39-page decision written by Mr. Justice Richard Low.

Legal errors were made, requiring Mr. Henry's appeal to be allowed, the court decided. As well, the evidence was incapable of proving that Mr. Henry was the person who committed any of the assaults, it concluded.

The most egregious error was the use of the photo of the police lineup. Mr. Henry's refusal to participate in the lineup, and a photograph of the incident, should have never been part of his trial, the appeal judges stated. Mr. Henry had refused because he believed he did not have to prove he was innocent and thought the law did not require him to submit to the process. He also thought the lineup was unfair because he was dressed differently than everyone else.

However, police forced him in. The jury was told that Mr. Henry had refused to participate, that he struggled, shouted and had to be restrained by police. Mr. Henry, who represented himself, told the jury the lineup was a farce. The Crown suggested his reluctance to participate enabled the jury to infer "consciousness of guilt." The trial judge said it was up to the jury to draw the proper inference upon considering all the evidence.

The trial judge was wrong in law by permitting the jury to reason that Mr. Henry's resistance to participation in the lineup was tantamount to an admission of guilt, the appeal court decided. The verdict was tainted by allowing evidence related to the lineup.

Mr. Henry made more than 50 applications over the years, trying to have his case reconsidered. It was only after evidence surfaced in 2006, during an investigation related to serial killer Robert Pickton, that he found others who believed he might be innocent. It took another four years for the court to overturn his conviction, putting Mr. Henry on the growing list of wrongfully convicted in Canada, including David Milgaard, Guy Paul Morin, Donald Marshall and, most recently, William Mullins-Johnson.

With a report from Vivian Luk 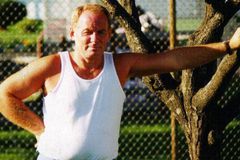 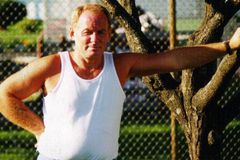 Henry's release based on the likelihood of success of appeal
June 25, 2009
Follow us on Twitter @GlobeBC Opens in a new window
Report an error Editorial code of conduct
Due to technical reasons, we have temporarily removed commenting from our articles. We hope to have this fixed soon. Thank you for your patience. If you are looking to give feedback on our new site, please send it along to feedback@globeandmail.com. If you want to write a letter to the editor, please forward to letters@globeandmail.com.
Comments