Six months after signing a pact to co-operate on mine development across the B.C.-Alaska border, the Alaskan government is questioning British Columbia's ability to protect the environment due to weak enforcement of its mining industry.

Alaska Lieutenant-Governor Byron Mallott says his government will demand assurances that British Columbia is taking action in the wake of a new report from the province's Auditor-General that calls for the creation of an independent agency to take over regulation of the mining industry because of lax enforcement and compliance.

"The Office of the Auditor-General's report is troubling and a wake-up call to the B.C. government that important changes must occur," Mr. Mallott, who has led the state government's negotiations with British Columbia on the issue of mining, said in a statement.

Auditor-General Carol Bellringer concluded that the B.C. government has put its economic interest in promoting the mining industry ahead of environmental regulation: "We found almost every one of our expectations for a robust compliance and enforcement program … were not met," she wrote.

B.C. Energy and Mines Minister Bill Bennett says he is committed to improving regulation, but stopped short of accepting the Auditor-General's recommendation for independent oversight.

Alaskan officials have pressed for some say over mining development to protect rivers, watersheds and fisheries that are downstream of B.C. mining projects. Their concerns were elevated after the August, 2014, environmental disaster that occurred when the tailings-pond dam at the Mount Polley copper and gold mine near Williams Lake breached, spilling 25 million cubic metres of waste water into nearby water systems and lakes in central British Columbia.

To assuage Alaska's concerns, Mr. Bennett and Mr. Mallott drafted a memorandum of understanding last November that promised to protect transborder waterways. The Auditor-General's damning report comes in the midst of negotiations to turn that tentative pact into a binding agreement.

"It's going to concern Alaska," Mr. Bennett told reporters Wednesday. He said British Columbia is prepared to commit to water testing to give Alaskans "some comfort" about B.C. mines near the border.

"I have always recognized that mining in B.C. is a positive thing for us in terms of the jobs and the tax revenues and First Nations get revenue-sharing. It's all good for us, but when you are downstream in Alaska, you don't stand to gain anything from mining in B.C., so we have to go the extra mile for Alaska."

One of the thorny border issues is the Tulsequah Chief mine that has been leaking effluent into a tributary of the Taku River. Mr. Bennett toured the mine site near the border with Alaskan officials last year. He said he was shocked by the "state of disrepair" he found, but he said the mine's owner, Chieftain Metals Corp., is working toward compliance despite its financial troubles.

"I think we are making progress," Mr. Bennett said. "It is something that B.C. and Canada need to take responsibility for and ultimately get it cleaned up."

But the conservation group Rivers Without Borders is calling on the Alaskan government to insist on an international joint commission to look at B.C. development that can affect Alaskan waters.

"We can't trust B.C. to do the job right," said the organization's Alaska campaign director, Chris Zimmer. "This report validates the concerns that Alaskans have raised for years – that the B.C. mine regulatory process is seriously flawed; it isn't designed to protect our interests downstream."

Premier Christy Clark, responding to questions in the House on Wednesday, said her government is adopting change, including higher penalties, new guidelines for engineers and a new regime for compliance and enforcement.

"One of the most important things that we have to do at this juncture," she said, "in order to protect mining jobs and mines in British Columbia, is ensure that we protect the reputation that British Columbia has established as one of the best, safest, most environmentally sound mining industries in the world." 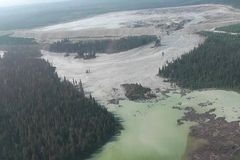 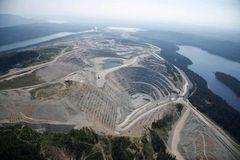 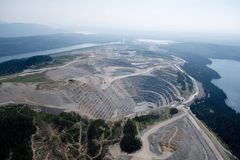