In life, she felt alone. In death, Amanda Todd's impact only seems to grow.

Less than a week after the 15-year-old took her life in her Port Coquitlam, B.C., home, outrage over the bullying that prompted her suicide is sparking vigils across the country, and even in the United States.

Amanda's death came weeks after she uploaded a YouTube clip in which she detailed the bullying she endured. She didn't speak in the nine-minute video – she instead held up flash cards with prewritten messages, such as, "Every day I think why am I still here?" and "I have nobody. I need someone."

Her death has made headlines around the globe. Her video has been viewed millions of times, and several people have posted clips in response. A Facebook group in her memory has been viewed hundreds of thousands of times. Scores have pledged to wear pink in her memory Monday, or to write her name on their wrist.

Candlelight vigils are being planned for Friday night. Some are as near as Surrey, about 20 kilometres outside Port Coquitlam. Others range from Calgary to Nova Scotia, to Ohio to California.

Lucky Gill, the organizer of the Surrey event, did not know Amanda. But the mother of two teenagers felt she had to do something when she learned of the tragic death.

"We have to end bullying. We cannot lose another Amanda," she said in an interview Sunday.

Ms. Gill has a meeting with Surrey Mayor Dianne Watts on Monday to discuss the event. More than 600 people have already pledged to take part in the vigil.

She does have some experience arranging public events – she's twice organized walks against female feticide for her group Global Girl Power.

When she took to Facebook to announce the vigil, Ms. Gill said she was inundated with responses. People from other cities asked, "Why not here?" She said she encouraged them to host events of their own.

The Twitter hashtag #RIPAmanda has seen thousands of tweets since the teen's death. Many used the microblogging site Sunday to remind their followers to honour Amanda. Tweeted one user: "Tomorrow is a day for Amanda Todd. Write her name on your wrist or wear pink. Show respect for the beautiful girl who felt alone, please."

The RCMP and the B.C. Coroners Service continue to investigate Amanda's death. RCMP spokesman Sergeant Peter Thiessen said in an interview Sunday that police have received approximately 400 tips in their investigation.

Sgt. Thiessen, however, would not disclose the nature of those tips.

"We're not going to get into what we may be receiving, or exactly where it may be coming from," he said. "What's important is the focus of the investigation is to identify those who had some level of contact with Amanda prior to her making that tragic decision."

Sgt. Thiessen said police are aware of a claim Amanda makes in the video that someone was sending a topless photo of her to classmates, but said police are not in a position to comment on that.

He also couldn't say what types of charges might arise from the investigation.

"There's a number of areas under the Criminal Code – without getting into the specifics of what they are – that can be used by us if we gain sufficient evidence to support those charges," he said. "… But we're not going to comment on what the menu list of potential charges looks like."

In the video, Amanda holds up a flash card that says a girl once punched her several times. That could constitute assault. The topless photo of Amanda – which she took on her webcam – was snapped when she was 12. Sending it to others might fall under distributing child pornography.

Sgt. Thiessen said police have interviewed and continue to interview a wide array of individuals. Between 20 and 25 investigators are working on the case. When asked if that was a high number for a teen-suicide case, Sgt. Thiessen conceded it was "unique."

But he said the case has clearly touched a nerve, not only within the community, but also for police. 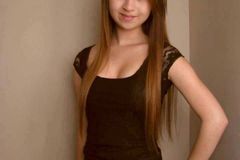