Retail giant Amazon is opening a second office in Vancouver that will double its current work force in the city to 2,000 by 2020, but the company has yet to decide on a home for its prized second headquarters.

B.C. Premier John Horgan welcomed the announcement and hinted at the speculation over Amazon's second base, which has been referred to as HQ2. More than 200 cities and regions across North America, including Vancouver and other cities in six provinces, have bid for the coveted facility.

"Today is a great day for jobs in British Columbia," Mr. Horgan told a news conference.

"It's a great day for the tech sector, and I believe it's an opportunity for us to look forward to other challenges and other opportunities presented by Amazon."

Amazon, which said on Friday it had signed a lease for a new downtown office, made it clear that the announcement was separate from the HQ2 assessment process. That facility is expected to come with an investment of $5-billion (U.S.) and up to 50,000 jobs. The company has said it is seeking to be near a metropolitan area with more than a million people, and wants to be situated within 45 minutes of an international airport.

Speculation has been so rampant that when the province first announced details of the news conference, the government quickly issued a revised notice making it clear that the announcement had nothing to do with HQ2.

Amazon's expansion is the latest in a series of announcements from major tech firms that have either moved into the Vancouver region or increased their presence. Facebook and Microsoft both have operations in Vancouver, while social-media managing service Hootsuite has been steadily growing for years.

Microsoft opened its Microsoft Canada Excellence Centre in June, 2016, and has previously said it plans to add to its 800 workers already in the city. Microsoft recently donated $50,000 to a Washington State study into a possible high-speed-rail link between Vancouver and Seattle.

In addition to 1,000 Amazon workers already in Vancouver, the company employs about 500 people in Delta and New Westminster and operates a subsidiary called AbeBooks.com in Victoria. Over all, Amazon said its Canadian work force has grown to 5,000 full-time employees in Ontario, Quebec and B.C.

Bill Tam, president and chief executive of the BC Tech Association, said Amazon's vote of confidence in Vancouver underlined the strength of the tech sector, which directly employs 100,000 workers in British Columbia with an additional 50,000 workers in tech jobs for other industry sectors in the province. According to the provincial government, there are more than 10,000 tech-sector businesses in British Columbia.

In an interview, he said Friday's decision creates a "halo effect" that will reinforce Vancouver's global appeal for doing tech-sector work. "The halo effect is real. It not only attracts additional multinational tech firms, who may have an interest in Vancouver and British Columbia, but it also emboldens those who would seek to start companies in Vancouver."

The CEO of the Vancouver Economic Commission (VEC), which is spearheading the city's bid for Amazon's second headquarters, also said the company's confidence in Vancouver is a positive.

"The word is out; Vancouver has developed a globally recognized ecosystem supported by a robust and innovative startup community, myriad homegrown tech giants with global footprints and international enterprises who choose to make Vancouver home," Ian McKay said in a statement.

"We're delighted by Amazon's announcement today, which marks the latest development in an influx of household-name technology companies investing in the future of Vancouver's talent-rich, competitive business climate."

Still, Vancouver is not giving up on securing the prize of Amazon's second headquarters.

"We are confident we have pulled together a compelling proposal that will receive serious consideration from [Amazon founder and chairman Jeff Bezos] and his team," said James Raymond, a VEC research manager who is also project lead for the Vancouver Amazon HQ2 proposal. 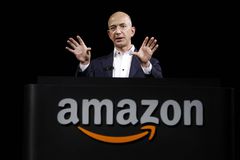 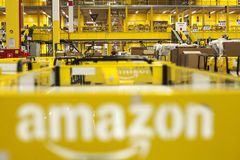 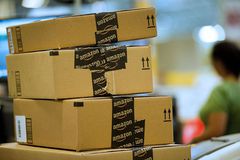