DUSTIN GODFREY
VANCOUVER
Special to The Globe and Mail
Published March 2, 2016 Updated May 16, 2018

Immigration lawyers in Vancouver say their phones started ringing and their e-mail inboxes started filling with requests for information on how to move to Canada after Donald Trump's primary wins on Super Tuesday.

That mirrored a spike in Google searches for "moving to Canada" as results came in, although it was not as significant a peak as the one when George W. Bush won a second term as president in November, 2004.

Immigration lawyer Rudolf Kischer said his firm typically gets a call or two per day from Americans looking to move to Canada, but between Tuesday and Wednesday, that number took a significant jump.

However, based on his experience after Mr. Bush was re-elected, the lawyer said he does not expect a significant portion of those callers to follow through.

"The people that do actually end up coming here usually are people that already have a connection to Canada," he noted.

Immigration lawyer Zool Suleman said he also has had more e-mails in recent days, adding that rises are cyclical, but are usually "more of a blip than real."

"Around the George Bush time, we did end up helping some individuals come here, some families," he said. "But it wasn't significant, because moving is a big decision; moving into Canada is not easy."

Even fewer may follow through if Mr. Trump were to become the Republican presidential nominee and win the election because immigration laws were tightened under the Harper government.

"You had to be educated, you had to have a degree," Mr. Kischer said. "Now you need to have an actual employer that can show that they can't find an actual Canadian for the job."

Mr. Suleman noted that, on top of tighter requirements, the time it takes to move and the potential costs may also make it more difficult.

"Mobility to Canada is really going to be for those who can afford it," he said. "And those people are probably going to have to wait anywhere from a year to two years before they can come."

Mr. Trump won the delegates of seven states – Massachusetts, Virginia, Georgia, Alabama, Virginia, Vermont and Tennessee – on Tuesday, for a total of at least 203. So far, he will have 285 delegates at the convention that will choose the Republican Party's presidential candidate. His two closest competitors, Ted Cruz and Marco Rubio, have 161 and 87 respectively.

It takes 1,237 delegates to win the GOP nomination, but despite earlier expectations that a flame-out was inevitable, Mr. Trump has continued to lead the pack.

But Mr. Kischer said the rise in the number of people asking him how to move to Canada was significant because Mr. Trump has not even secured the nomination at this point. He also said people do occasionally follow through, but most of those have already worked in Canada or have Canadian relatives.

"It will make some people move, but you know, it is a democratic situation that could correct itself," he said.

Mr. Suleman said the issue may have a regional aspect. He pointed to a website created recently that offers Cape Breton, N.S. as a potential spot for Americans to escape Mr. Trump. 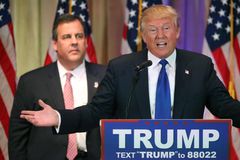 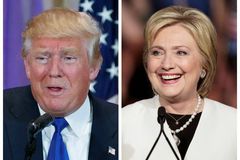 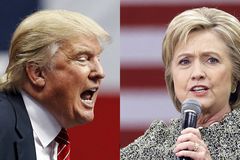