The owner of a British Columbia dairy farm where staff were captured on video beating and abusing cattle said he is shocked and saddened by what he saw happening in his own barn.

"Until you've actually seen it, I never could have imagined it being that horrific," Kooyman said in an interview. "That's not us. We have zero tolerance for animal abuse on this farm."

The British Columbia SPCA has recommended criminal charges against the former employees. Charges have not yet been laid and the allegations have not been proven in court.

Kooyman said he doesn't know what got into the young men seen kicking, punching and beating the animals with pipes and chains.

"We expected more," Kooyman said after opening his farm to media on Tuesday.

The dairy operation — the country's largest, with more then 3,500 animals — will put in security cameras that will be monitored and they're working with SPCA on better training for staff, he said.

Wally Smith, head of the Dairy Farmers of Canada, said he too was disgusted by what he saw on the videotape.

And Dave Taylor, chairman of the B.C. Dairy Association, called the incident a black mark on the industry.

"Having witnessed the footage, we are deeply shaken," Taylor said. "Organizationally, we will be taking proactive steps to further our already strong animal care practices."

There is zero tolerance for such actions, he said.

"We feel it vital to assert that this abuse is in no way common practice in our industry," Taylor said.

But the incident prompted several calls for greater scrutiny of the dairy industry.

The Vancouver Humane Society said there should be random inspections and mandatory video surveillance of livestock operations.

Anna Pippus of Mercy for Animals, called the treatment sadistic.

She said the undercover employee went to a supervisor and no action was taken. However, a video of the exchange shows someone identified as Brad Kooyman expressing dismay that an employee was hitting the cows.

"Watch for that and make sure nobody hits them unnecessarily," Brad Kooyman tells the employee, whose identify was not disclosed.

Pippus said it wasn't until the undercover video made headlines that the company took action.

"Without our investigation this cruelty would have continued to run rampant indefinitely," she said at a news conference.

The group called on government to create standards specific to farm animals and to be proactive in enforcing them with third-party inspections. Currently, general animal cruelty laws rely on complaints to spur investigation.

It also wants dairy producers to install video monitoring. Chilliwack Cattle said it planned to do so, but Mercy for Animals wants that video streamed on the Internet so public can see the factory floor.

Veterinarian David Dykshorn said he is at the Kooyman farm two or three times a week and has never seen evidence of abuse.

The SPCA said the incident shows a need for better standards to protect farm animals in the province. That call was echoed by the Vancouver Humane Society and Mercy for Animals.

Pippus said the farm was chosen at random, the sixth random undercover investigation at industrial animal farms by her group. Each time they're captured abuse, she said.

"The dairy industry and all animal agriculture have already proven that they're incapable of self-regulation," Pippus said. 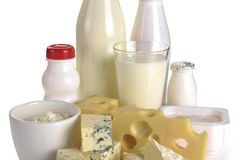 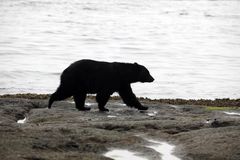 Ontario man fined $50,000 in ‘largest farm-animal cruelty case in years’
November 26, 2013
Report an error
Due to technical reasons, we have temporarily removed commenting from our articles. We hope to have this fixed soon. Thank you for your patience. If you are looking to give feedback on our new site, please send it along to feedback@globeandmail.com. If you want to write a letter to the editor, please forward to letters@globeandmail.com.
Comments are closed