Adoption laws don't apply to people who were born using donated sperm or eggs and want to learn the identity of a biological parent, says a British Columbia government lawyer attempting to overturn a judge's decision.

Leah Greathead told the Appeal Court of B.C. on Tuesday that a lower court erred in a ruling that favoured a woman who was conceived in 1982 at a Vancouver fertility clinic with the help of a sperm donor.

Olivia Pratten sued the province last year because records pertaining to egg and sperm donors can be legally destroyed after six years, meaning people like her don't have the same rights as adopted children to learn about their biological fathers.

B.C. Supreme Court Judge Elaine Adair sided with Ms. Pratten last May, giving the B.C. government 15 months to amend its Adoption Act and saying Ms. Pratten and others who are deprived of their genetic backgrounds suffer psychological harm.

Judge Adair also ordered a permanent injunction against the destruction of donor records, but the government appealed the ruling.

"When you look at what the Adoption Act actually provides and what Ms. Pratten is seeking, she is seeking something wholly different," said Ms. Greathead, who represents the Attorney General's Ministry.

"It's obvious, I say, that she is not seeking the benefit that is prescribed in the Adoption Act, which is access to an adoption order or access to an original registration of birth," she said.

"There was no constitutional requirement in 1996 when the Adoption Act was amended to also include gamete (sperm) donors in the provisions."

Ms. Greathead said some information is collected about biological parents by adoption agencies and the government when it handles adoptions and that people can access it when they turn 19, unless the biological parent doesn't want it disclosed.

Joe Arvay, Ms. Pratten's lawyer, said donor offspring have the same needs as adopted people when it comes to learning about their backgrounds and should be treated equally.

Appeal Court Justice Mary Saunders told Mr. Arvay that his complaint didn't appear to be about the Adoption Act but the lack of a donor registry to provide offspring with biological information, "and that's what you want changed."

Mr. Arvay said doctors who inseminate women with sperm should acquire donor information and preserve it for children to access later and that it doesn't have to be included in a birth registry.

"The question is whether this is a case where the court is within its legal jurisdiction to tell the government what to do," said Appeal Court Justice Rita Levine, one of three presiding judges.

Ms. Pratten spent a decade trying to learn her biological father's identity, only to discover that records with that information had been destroyed by her mother's fertility specialist, Dr. Gerald Korn, who retired in 2004.

When Ms. Pratten turned five, her mother wrote to Dr. Korn in an effort to learn the identity of the sperm donor and continued her efforts for several years.

Ms. Pratten said Dr. Korn told her the donor was six feet tall and had brown eyes but then provided different information.

When Ms. Pratten turned 19 and went to see Dr. Korn, she said he scribbled some information on a piece of paper, telling her the donor was 5 feet 10 inches tall and had green eyes.

"It was like a rap sheet for a prison person," she said, adding Dr. Korn told her: "Don't worry dear, I did a verbal medical check. He was healthy."

Ms. Pratten now anticipates the case will go before the Supreme Court of Canada and that ultimately, the country will catch up to other jurisdictions around the world in banning anonymity for people who donate eggs or sperm.

She said the current law doesn't take into account the best interests of the children who are born with the help of donors and that fertility clinics aren't legally obligated to keep records beyond the required time period.

"They're so focused on just getting the woman pregnant that they forget that there's a child at the end who has to deal with the way this is done," she said.

"Ultimately, we're appealing the decision because we are concerned that it could limit the government's ability to provide programs that respond in tailored ways to particular groups of people," he said in a statement.

Ms. Pratten said that if the government is concerned that the number of donors will drop if donor anonymity is no longer permitted, that hasn't happened elsewhere, including in the United Kingdom, Australia and Sweden.

Shelley Deacon, who filed an affidavit in the case, said outside court that she was conceived at the same clinic as Ms. Pratten in 1980 and that she wants to know about her genetic information for the sake of her two children.

"Even if our records were destroyed, we need to fight for others," she said Tuesday.

The College of Physicians and Surgeons of B.C. was also named in Ms. Pratten's lawsuit. Susan Prins, spokeswoman for the college, said the outcome of the case will determine if bylaws are changed on whether donor records should be kept indefinitely. 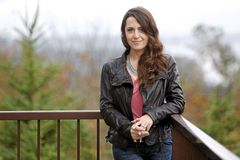 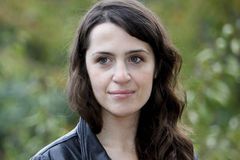 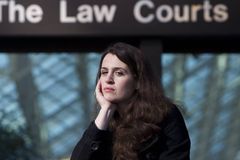 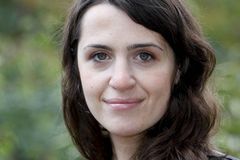 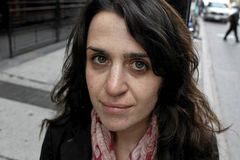