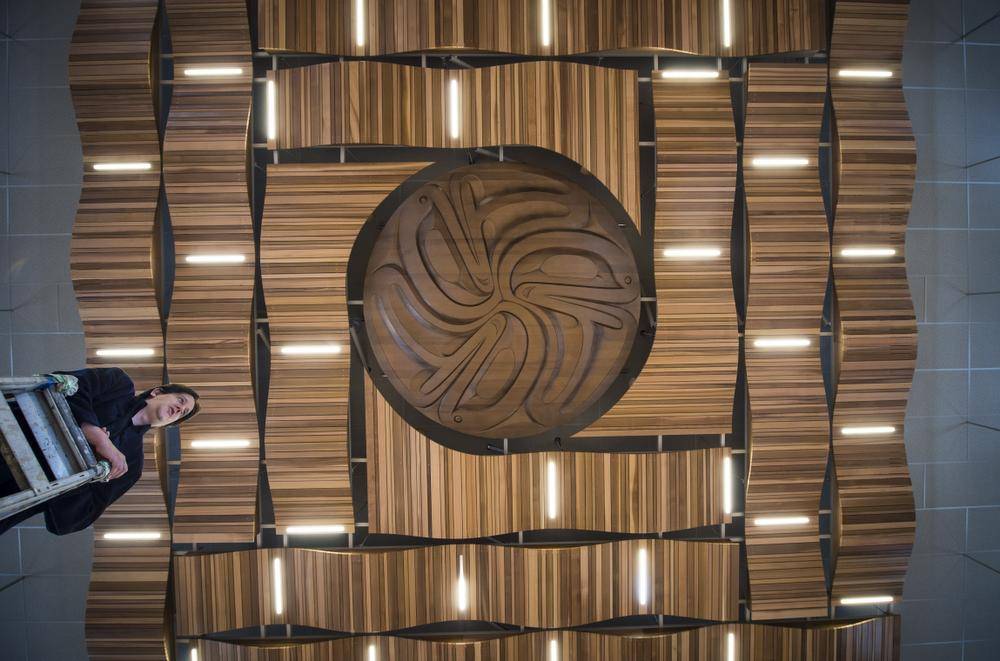 When Pacific Opera Victoria began to develop its new opera centre – which officially opens on Feb. 16 – local First Nations artist (and POV board member and former opera singer) Carey Newman was one of the first donors to step forward with an offer to create a major work of art in cedar. The result: a more than nine-metre-by-nine-metre installation made entirely of red cedar that functions as an acoustic cloud.

“It’s overwhelming. It’s unexpected in scope and in its beauty,” POV executive director Patrick Corrigan said. “And the difference in the sound in the hall too is really noticeable.”

In the work, cedar “waves” surround a medallion depicting three hand-carved frogs. “In my culture, the songs of the frog are believed to embody the power and magic of the creator,” Mr. Newman, who donated his time, wrote in his artist’s statement. The primary goal, he explains, was to enhance the acoustics of the space, the secondary goal to create beauty to complement the music, and the final goal “was to enhance the spirit of the space.”

He says he was inspired to create the work because he believes in the vital importance of the arts. “We may never know what motivates [an artist] to sing with such emotion, and they may never know the emotion that their voice awakens within our hearts, but in that moment, through art, our souls dance together and our lives are better for it.”