Several weeks before Petronas announced it might abandon its $10-billion liquefied natural gas project in British Columbia, the School of Public Policy at the University of Calgary saw trouble coming.

In a detailed analysis, a team of experts warned that B.C.'s attempt to become a global LNG-export hub was in doubt because regulatory delays and uncertainty were making it difficult for industry to proceed.

Petronas is just one of more than a dozen companies proposing massive LNG projects in B.C.

But if it fails to go ahead, others may follow and the development boom promised by Premier Christy Clark might never materialize.

Jennifer Winter, one of the key authors of the U of C report, gave her view of the situation in a recent interview.

How much do you think B.C.'s proposed LNG tax regime has to do with Petronas now getting cold feet?

I think part of it is that it has taken the government a long time to figure out what the LNG tax is going to be.

And I think part of it is just the existence of the LNG tax. In B.C. the government gets a royalty revenue from natural gas production.

So you would think that's the fair share from production of the resource. Now why does there have to be a special tax on LNG?

It's been called a revenue grab, and in my opinion that's exactly what it is. It's a special tax on one industry.

It's essentially no different from the government deciding to arbitrarily tax pulp and paper mills or blueberry farms or something.

But the B.C. government says overall the tax package is competitive with other jurisdictions.

I don't know how B.C. compares in terms of tax burden to Australia or the United States. I think it's somewhat relevant to the conversation, but the other part of it is, how much is it going to cost producers to liquefy natural gas and deliver it to Asia from B.C.? It's going to be fairly expensive. B.C. is closer to Japan than projects on the U.S. Gulf Coast, but on the U.S. Gulf Coast they are converting from import terminals, so the cost of producing LNG [there] is going to be lower.

In the report you say the LNG tax is poor policy and maybe enough to prevent development in B.C. Is that what's starting to unfold?

I hope not. Rich Coleman [B.C.'s Minister of Natural Gas Development ] has been interviewed about this. He seems to be of the opinion it's just posturing [by Petronas]. Obviously he has more information because the B.C. government is negotiating with the project proponents, but the reality is no final investment decision has been made. Prices aren't as attractive as they used to be. In 2012 LNG prices in Japan were at $18 per million btu. In July they were around $14. I think the fall in prices is making proponents think seriously about whether or not it's a decent investment.

The B.C. government suggests the problem lies in Ottawa, where industry has failed to get tax breaks by having LNG tanks classified as manufacturing operations.

I haven't really been looking at the taxation of LNG [plants] and whether or not it should be manufacturing or something else. That will matter, but in order to get these projects built they need long-term contracts from buyers. And buyers are not willing to enter into these long-term contracts unless there is some certainty that these projects will be built. There's the LNG tax. There's uncertainty about the federal tax treatment. There's uncertainty about how long the regulatory process will take. B.C. isn't especially known for being friendly to oil and gas producers or pipelines, so there's also uncertainty about whether or not there's going to be acceptance of more wells being drilled, more pipelines to service these facilities, etc. There are just a lot of these issues up in the air.

Petronas plays hardball with B.C. over Pacific NorthWest LNG
May 12, 2018 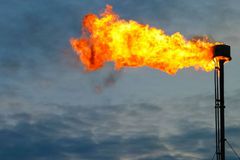