Birds at two more farms in southwestern British Columbia have tested positive for avian influenza, the Canadian Food Inspection Agency said Wednesday — underscoring the difficulty facing officials attempting to contain the virus.The outbreak began last week, when turkeys and chickens at two farms in the Fraser Valley tested positive for the H5N2 strain of the disease.

The virus has now been detected at eight locations on seven farms, leaving 155,000 birds either dead or set to be euthanized. The outbreak has prompted surveillance and control measures affecting half of the province, as well as a growing list of trade restrictions on B.C. or Canadian poultry.

Dr. Harpreet Kochhar, Canada's chief veterinary officer, said the new infections did not come as a surprise and he suggested more could turn up in the coming days. Indeed, another farm was also being investigated as suspicious, he said.

"The identification of additional farms is not unexpected, given that avian influenza is highly contagious," Kochhar said during a conference call with reporters.

The affected farms are clustered within several kilometres of each other in Abbotsford and Chilliwack.

In each case, the farms were immediately placed under quarantine and plans were made to destroy any birds that had not already been killed by the virus.

Earlier this week, the Canadian Food Inspection Agency announced a control zone covering the southern half of B.C., where restrictions have been placed on the movement of poultry. Those restrictions are more strict in the area immediately around the affected farms.

It's not yet clear what caused the outbreak, though two farms where the virus was detected had received chickens from a previously infected facility.

Officials are looking into the possibility that migrating wild birds introduced the virus into the region, though Kochhar said there's nothing conclusive yet. He said there was no evidence the virus had been circulating among migrating birds and a wild bird monitoring program hadn't found any unusual increases in animal deaths.

It can, however, put the poultry industry at risk.

Previous outbreaks in B.C. and elsewhere in Canada similarly led to the destruction of tens of thousands of birds. The most serious, a 2004 outbreak in the Fraser Valley, prompted federal officials to order the slaughter of about 17 million birds.

Some of those restrictions, such as those put in place by Japan, apply to poultry from all of Canada.

Kochhar said he hoped to convince authorities in other countries to limit any trade restrictions to the region affected by the outbreak.

"We have sent our information to them in terms of our primary control zone, which is southern British Columbia, and have requested them to revisit their restrictions on poultry and poultry products from the rest of Canada," he said.

Consumers are unlikely to notice the outbreak at the grocery store.

The marketing group the B.C. Turkey Farmers has said about 25,000 turkeys meant for the provincial Christmas market have been lost — a relatively small proportion of the 3.3 million kilograms of turkey typically produced for the holiday season.

Likewise, the number of chickens destroyed due to the outbreak pales in comparison with the 160 million kilograms of chicken produced in B.C. each year. 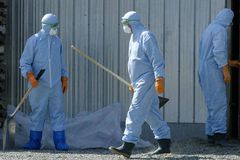 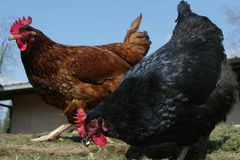 Seven countries impose restrictions on Canadian poultry due to avian flu
May 12, 2018 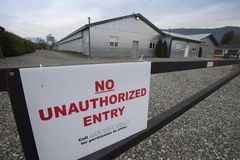 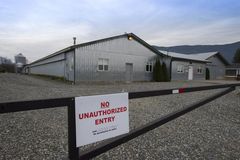 Strain of avian flu at Fraser Valley farms identified
May 12, 2018 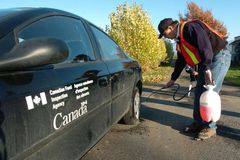 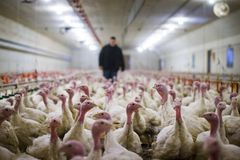