Just when the B.C. Liberals thought they'd put a firm cap on their beer problems, along comes backbencher Randy Hawes.

Mr. Hawes is the MLA from Abbotsford-Mission and has been known to voice his displeasure with party policy from time to time. (Mostly behind closed doors.) It's assured him a fixed position outside Premier Christy Clark's circle of power. His views, consequently, are often discounted and written off as the sour grapes being fermented by a small coterie of disenchanted Liberal backbenchers.

Well, now Mr. Hawes has set his sights on the government's controversial amendments around beer pricing. The issue became a sore point for the government when The Globe and Mail disclosed last week that Rich Coleman, minister responsible for liquor policy in B.C., had approved a rewarding tax break to a beer company that is a big financial supporter of the Liberal Party.

More than that, the amendments to the province's markup codes were announced a week after the owner of Pacific Western Brewing Co. had donated in-kind gifts totalling nearly $27,000 to a fundraiser in Mr. Coleman's riding. It was also revealed that a consulting firm run by Liberal insider Patrick Kinsella had been lobbying Mr. Coleman for precisely the changes the government had approved.

When this all came to light, Mr. Coleman said the changes had been issued prematurely and without his consent. He would later announce that he'd returned the prizes that were donated by Pacific Western. And then on Monday, Mr. Coleman announced new markup metrics that weren't quite as financially lucrative to Pacific Western as the ones issued previously. Even the New Democrats gave the modifications their endorsement.

And that seemed to be the end of it, at least until now.

Mr. Hawes, it seems, has a different view of the issue and has expressed it in a scathing letter sent to his fellow government caucus mates that has been obtained by The Globe.

In it, the backbencher says that he (along with fellow Liberal MLAs) was originally led to believe that the economic rationale for providing tax relief to small breweries was to assist them in recovering more quickly from intensive start-up costs and to help them overcome some economy-of-scale advantages that the national beer companies had.

In his letter, Mr. Hawes tracked several amendments to tax policy around beer issued in the past few years that helped accommodate the growth of Pacific Western specifically.

"The relief has been 59 cents per litre on bottled and canned beer which … could lead to $9.4-million in tax relief for Pacific Brewers annually," he writes.

Tax relief, he said, that is going to be extended under the new rules.

"In the case of Pacific Western Brewers," Mr. Hawes writes, "they have experienced extraordinary growth which can only have been by taking market share from the big breweries such as Labatt and Molson. Instead of putting the reduced tax mark-up into advertising and branding, Pacific Western has used [it] to reduce the price of their product on the retail shelf."

The company's beer sells for about $5 a case less than big competitors, the MLA said.

"We are subsidizing Pacific Western's growth at a rate of 59 cents per litre in tax that we otherwise would have collected from their competitors," says Mr. Hawes, who is not seeking re-election.

He pointedly notes that all of these changes have been introduced without any consultation with the Liberal caucus.

"I write this to put myself firmly on the record that I am philosophically and ethically opposed to providing any extension of the already outrageous subsidy being provided to Pacific Western Breweries," he says. "I do not believe that taxpayers' revenue should be used in this fashion."

The Liberals have often bragged about how they don't believe in subsidizing business, even though their government had under various guises. But for more conservative-minded party members such as Mr. Hawes, the tax break to Pacific Western is simply too much to swallow.

"We especially do not subsidize one business over another in the same business sector," he says. "Yet here we are doing exactly that with Pacific Western Breweries. I hope we can have a full and open discussion on this."

Good luck with that, Randy. While he does make an excellent point, I wonder where he was when the government was giving Pacific Western tax breaks of a more incremental nature over the last few years. A subsidy is a subsidy after all.

My guess is Mr. Hawes' protest won't go far. Mr. Coleman is arguably the most powerful person in the Clark cabinet. And when he decrees that a matter is closed it usually is – regardless of how ugly and unseemly it looks as it's being stuffed away. 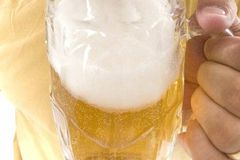 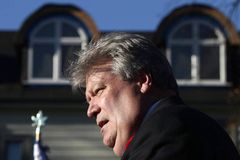