Russ Hiebert, Conservative MP for South Surrey-White Rock-Cloverdale since 2004, says it was a chance encounter during a trip to Ottawa that first prompted him to question Canada's laws on financial disclosure for unions.

"I think we were sitting next to each other and just struck up a conversation," Mr. Hiebert said of a chat about how other countries regulate unions in a way Canada doesn't. "It kind of sticks in your mind and then, you know, six months or a year later, when I was given this opportunity to bring forward legislation, I thought of that conversation and began investigating."

The backbench MP's bill seeks to force unions to make a wide range of their financial information public – a move many union leaders view as an attack on organized labour. The bill passed third reading Wednesday night after it was fast-tracked through the House of Commons with support from the government.

If the bill passes in its current form, unions would have to make public all transactions over $100,000 and provide some information on salaries, stipends, bonuses and gifts, among other changes. They would also need to report how much time they devote to lobbying and political activities.

Mr. Hiebert, a former businessman and lawyer, has twice served as a parliamentary secretary, but has not held a position in cabinet in recent years.

Speaking by phone shortly before MPs voted on his bill Wednesday evening, Mr. Hiebert said he doesn't understand why union leaders would argue against the legislation, saying they should have nothing to worry about as long as they are honest.

"I actually believe that labour organizations do play a valuable role in society," he said. He said his bill should help increase public confidence in unions, showing Canadians that they are run "wisely and effectively."

Critics of the bill say it targets unions unfairly and that complying with the proposed reporting rules could significantly increase unions' costs. Canada's Privacy Commissioner has also raised concerns about proposed rules on salary disclosure.

Mr. Hiebert has faced scrutiny in the past over his own expenses, which were reported to be the highest of any British Columbia MP and the second highest in Canada in 2008-2009. Some members of his riding association board resigned, saying their decision was based in part on Mr. Hiebert's failure to clearly explain his spending habits, the Peace Arch News reported last year.

Mr. Hiebert said his constituents have been "remarkably supportive" of the legislation – which is the first private member's bill he has put forward.

"I'm surprised, because, you know, some of my colleagues from other parts of the country have experienced protests or numerous letters and phone calls," he said. "I would say, in comparison to some of my colleagues, the response that I've received in my area has been relatively quiet, but supportive."

Mr. Hiebert founded the Parliamentary Border Caucus, which looks at border issues, trade and security between Canada and the United States and chairs the Canadian Branch of the Commonwealth Parliamentary Association.

He said shepherding the bill through the House of Commons has been a gratifying experience. "There's not that many opportunities that you have as a Member of Parliament that you can look back and point to something you actually accomplished," he said, adding, "I'd like to look back and say, 'Yeah, that's something that I accomplished.' " 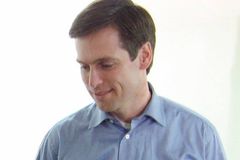 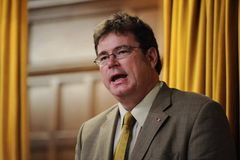