Once upon a time, Ballard Power Systems was the darling of Canada's high-tech sector. The company imagined a world where cars whizzed quietly along roadways powered by hydrogen fuel cells that were not just mileage-friendly but also kind to the environment.

For years, Ballard sold investors on the promise of its technology, while burning through hundreds of millions of their cash. Profits were always just around the corner – except they never were.

When John Sheridan arrived at the company's Burnaby, B.C., headquarters in late 2006, it took the new president and CEO little time at all to divine the future. The company was in huge trouble, or to put it in his words, "facing a train wreck" of epic proportions. Bankruptcy was almost a certainty unless changes were made.

Six years later, Ballard is on the cusp of profitability, buoyed in large part by its success in powering – wait for it – forklifts.

Sometimes the path to enlightenment can be a humbling.

Forklifts aren't the futuristic automobiles Ballard had hoped to build its brand around, but they were something in which the company could install a small fuel-cell power pack and make the business case that it was more economically viable than existing lead acid batteries.

In other words, forklifts offered the opportunity for an immediate commercial application of Ballard's technology, as opposed to waiting for the day it could work in cars – which likely is still years away. But now that's someone else's worry. Canada's fallen tech-bubble star has moved on and is focused on clawing its way back to market respectability the old fashion way – by earning it.

The company abandoned its car dreams in 2007 when it sold its fuel-cell assets – including intellectual property – to automotive giants Ford and Daimler, which owned a 32-per-cent stake in the company. Ballard was simply too small a company to carry the significant research and development costs that will continue to pile up before such a day arrives.

"My pitch to them [Ford, Daimler] was this: Either we find a negotiated outcome here or we're going to have to stop the automotive work and all this will come to a screeching halt," Mr. Sheridan recalled in a recent interview. "I said you guys will have to start from scratch, and this is going to be a disaster. Years and years and years of progress working together on automotive fuel-cell technology are going to be gone."

In other words, this was no minor revectoring of the company's plans. This was: We've got a major problem and either you guys buy our fuel-cell assets or you're starting over. Left with that choice, the car giants agreed to a deal that was worth about $100-million to Ballard, which could still use its fuel-cell technology for non-automotive applications. This allowed the company to recast its future.

That's the old news. The story today is that the quiet turnaround of this once high-tech supernova is almost complete.

Mr. Sheridan and his team have done it by focusing on the development of fuel-cell systems for use in forklifts, buses and generators. Again, Batmobile-looking cars powered by fuel cells it is not. But money-making it potentially is, which is most important for Ballard's long-suffering shareholders.

The company's products are now being sold around the world, including Europe, South America and India. Last week, it announced a trial plan for its fuel-cell power systems in the China Mobile telecom network. If, as expected, it leads to commercial deployment in China Mobile's network, it would be a huge gain for Ballard.

Walter Nasdeo, an analyst with Ardour Capital Investments in New York, is forecasting Ballard's transformation to profitability by the fourth quarter of 2013. If it happens, it will likely make Ballard the first profitable, publicly traded fuel-cell company in the world.

Still, the company is dogged by doubters and will be until its revenue goals are finally achieved. Mr. Sheridan says people are right to be skeptical.

"This is a company that promised the world and didn't deliver," he said. "It's a show-me story and people will believe [success] when they actually see it. That's fine with us. Because I think we'll soon have a pretty terrific story to tell."

When a pilot’s candour terrifies his passengers
June 4, 2012 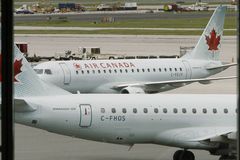 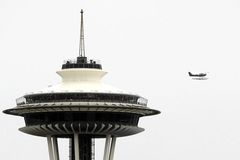 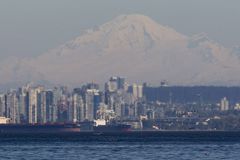