It was a shocker of an announcement: late on Friday, Feb. 1, Ballet Kelowna announced it would cease operations. Founding artistic director David LaHay – the driving force behind the company – was retiring imminently, and the company was in financial trouble. The troupe's March 16 performance in Summerland would be its last.

While nobody questions the dire financial situation Ballet Kelowna was in, some wonder whether more could have been done to save company, which was established a decade ago.

Mr. LaHay left Montreal – where he had been with Les Grand Ballets Canadiens – to found Ballet Kelowna in 2002. "Everybody who knew me said, 'You must be mad to be doing this' – in retrospect maybe I was – but my focus was just to damn the torpedoes and full speed ahead and make it work and that's just exactly what happened," says Mr. LaHay, 63, who is originally from Barrie, Ont. "It was very exciting."

Ballet Kelowna's first performance was in 2003, and, over the years, the troupe has brought professional ballet to tiny communities such as Revelstoke, B.C., and Hanna, Alta. – places that would never otherwise have access to the art form. It also launched the careers of many young dancers.

"To watch them mature and grow as artists and to see a change from a talented student to a professional performer is really heartwarming," Mr. LaHay says. "It's like watching your children grow up."

But last year, the downturn in the economy caught up with the company. Donations were drying up, ticket sales were down. Attendance was as low as 22 per cent of capacity at the Kelowna Community Theatre. "Our audience was aging and diminishing," says board president Jamie Maw, who points out that, until recently, 10 per cent of the ballet society's members did not have e-mail.

Even in small towns where performances routinely sell out, presenters were reporting ticket sales down 20 or 30 per cent, according to Mr. LaHay.

Further, the decision to increase the company to eight dancers from six was costly.

At the AGM in December, 2012, members of the Kelowna Ballet Society were informed that the company's financial position was "tenuous at best," according to a timeline of events by the board. But Mr. LaHay says the gravity of the situation was not made clear.

"The financial situation was outlined, but it was also expressed that it was well within our ability to remain on solid footing," he says.

On the last Monday of January, Mr. LaHay was informed that the company was considering a few options, including ceasing operations. The financial situation was very bad, Mr. Maw says. The company had deficits of $35,000 for two straight years, and was facing an accumulated debt of $180,000 by September. Something had to be done immediately and the company would cease operations after mid-March instead of closing out the season. That Friday, dancers, staff and Mr. LaHay got termination notices and the public announcement went out.

"I was completely taken by surprise and in complete shock," Mr. LaHay says. "I certainly knew what the financial realities were, but for the most part, we'd always been talking that we certainly could weather the storm and get through this."

He says the members were stunned too. "They weren't advised of it and they weren't asked for help," Mr. LaHay says. "Nobody said: we're in a crisis; let's rally to save the company."

That's not how Mr. Maw sees it. "This was coming like a freight train for nine months," he says, adding that Mr. LaHay – whom he greatly respects – was informed of the financial problems because he sits on the finance committee.

When news of the ballet's closing broke, a town hall meeting was called. Things quickly became heated: The board, as Mr. Maw tells it, was under attack. "The vortex of vitriol that night was just extraordinary."

For Mr. LaHay, the meeting was also unsatisfactory.

"I just sat there for an hour-and-a-half in shock that no one was going to answer any questions, and when it finally came out, when did I find out, I felt I had to speak up," he says. "I said I was officially told the day before."

Membership has virtually doubled to more than 160 since Feb. 1, and the board decided two April performances in Coquitlam and Mission could go ahead. But short of an angel arriving with a cheque for, say, $250,000, Mr. Maw does not see a way to go beyond the end of April.

The troupe's March 15 performance in Kelowna is set to be its hometown swan song. Even so, about 200 tickets remain unsold. Next week, the board will resign, with the offer to keep three members in place, so the company can continue in shell form.

Mr. LaHay is trying to stay optimistic: "I'm thinking positive and crossing my fifth positions, and hoping it'll all work out somehow, some way."

Editor's note: This story was changed after publication to remove incorrect information that the Kelowna Community Theatre has 1,700 seats. 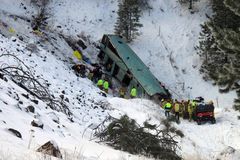 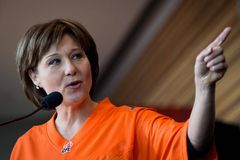