More than 100 British Columbia children in government care were housed in hotels last year, a figure almost five times more than what the province had previously declared and a number that defies government assurances that the practice is a rare, last resort.

In a joint report released Wednesday, the government and B.C.'s children's advocate agreed hotel use for kids in care should be eliminated altogether. But the report offers neither a guarantee that will happen this year nor an agreement on how to respond to the problem in the meantime.

The use of hotels for children in care has been criticized as inappropriate and potentially unsafe. Four months after Alex Gervais, an 18-year-old in B.C. government care, fell to his death from a hotel window, the report found 117 children were placed in such accommodations last year. At the time of his death, the Ministry of Children and Family Development said it was aware of only one other child housed in a hotel.

Stephanie Cadieux, Minister of Children and Family Development, said then the hotel stays were a surprise: "We should have been notified and the ministry was not informed."

But Mary Ellen Turpel-Lafond, B.C.'s Representative for Children and Youth, was harshly critical of the stays at the time. She estimated that up to 50 young people were placed in hotels within a calendar year.

Among the 131 placements during the studied period, 55 per cent were for only a single night and the average stay was 2.7 days, the report found. However, some of those placements were much longer; Mr. Gervais spent 49 days in a hotel prior to his death and a total of about 86 days during his time in care, Ms. Turpel-Lafond said.

"Frankly, I'm really unhappy that it's so different," Ms. Cadieux said Wednesday. "The 23 was based on numbers reported to us by our service delivery areas, by the people doing the work on a daily basis. Those were the numbers they gave us."

Ms. Cadieux said British Columbia is aiming to eliminate the use of hotel placements, but she wouldn't make any commitments about when that would happen.

"I can't commit to that today," she said Wednesday. "I don't think that would be reasonable."

Mr. Gervais had been one of 33 youths living in 23 group homes in the Abbotsford area that had been closed. Ms. Turpel-Lafond had been assured no children would be placed in hotels as a result of the closings.

A director's case review to determine the reason for the 49-day stay is under way, Ms. Cadieux said. If it is not completed by March 31, the ministry has consented to the Representative for Children and Youth pursuing its own investigation.

Both Ms. Cadieux and Ms. Turpel-Lafond agreed that hotel stays are not ideal and should be eliminated. However, Ms. Cadieux said the "vast majority" of hotel placements are a last resort for when children are urgently taken into care, often in the evenings and on weekends; Ms. Turpel-Lafond said that years of budget cuts have impeded adequate placement, particularly in areas of the north and south Fraser regions, resulting in the widespread use of hotels.

"The minister's own staff was resolute and clear, as we report, that the resources are not there," she said Wednesday.

Ms. Cadieux disagreed, saying lack of resources had not necessitated hotel use.

The ministry is strengthening systems for communications between after-hours and daytime staff to use existing capacity more effectively, Ms. Cadieux said. It has also released a practice directive regarding the use of hotels, the approval process, tracking, reporting and other measures.

Ms. Cadieux said the ministry has implemented a policy to track all hotel placements of children and youth, and she committed to providing public updates every six months.

"In the longer term, it is clear that the use of hotel placements is an indication of significant shortfalls in other available residential placements, including foster homes, emergency beds, and group homes," the report said.

"Like Manitoba, B.C. must begin an immediate process to close the service gaps and develop a clear plan to address these gaps in a timely fashion, with the ultimate goal of eliminating hotel placements entirely." 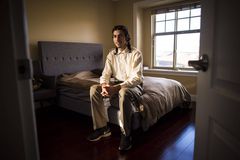 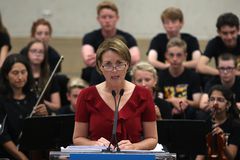