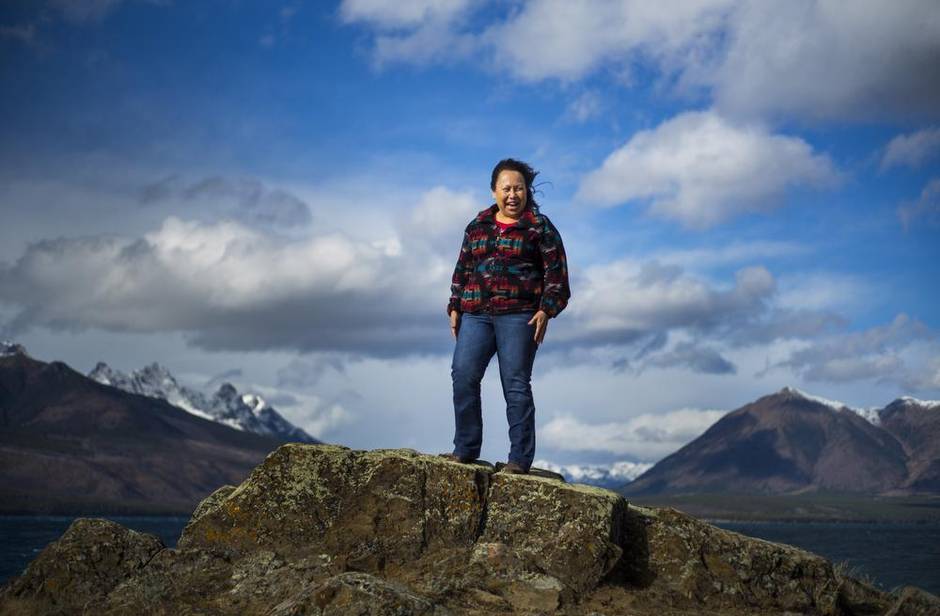 Annie Williams was just a girl when she first heard about the Chilcotin Chiefs.

Some details have faded with time. But like most Tsilhqot’in people, she recalls the major themes as clearly as if they were carved in stone: the six chiefs went to war to protect Tsilhqot’in territory. They were tried and hanged as murderers after coming to what they thought would be peace talks. Their deaths are part of a long pattern of Tsilhqot’in people fighting to protect their land and an equally long pattern of betrayal by Canadian governments.

For more than 100 years, that history has rankled, even as the province took steps to address what the Tsilhqot’in perceive to be grievous wrongs. Those measures include a 1993 apology for wrongs done to the First Nation before and after the Chilcotin War.

On Thursday, B.C. Premier Christy Clark went further, apologizing for the wrongful hanging of the six war chiefs and saying the Tsilhqot’in people rightly regard them as heroes.

For Ms. Williams, the development is bittersweet, bringing vindication but also doubts about whether the fresh apology will bring any tangible benefits for Tsilhqot’in people. 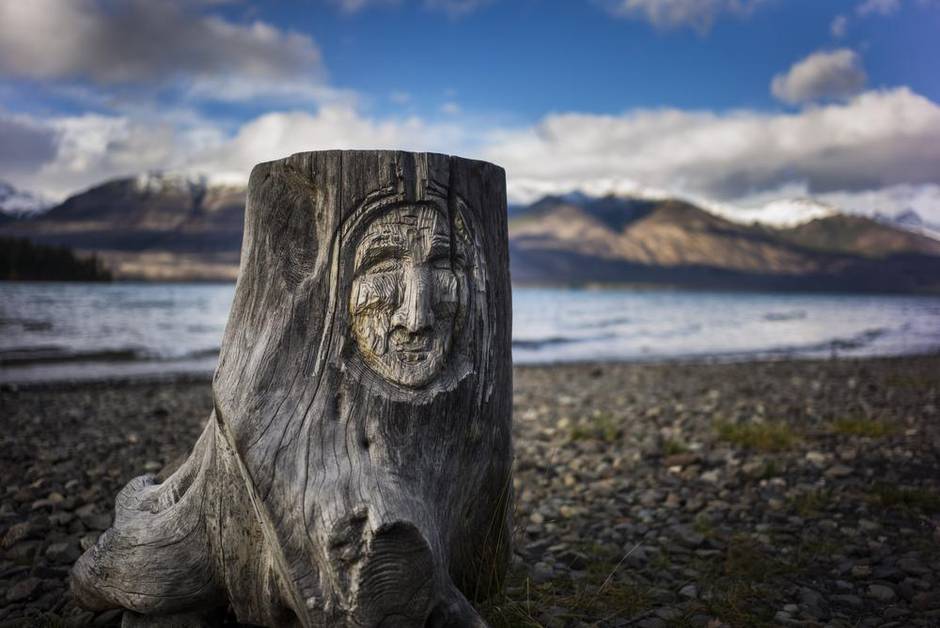 A native caring on the stump of a log by Chilko Lake in Nemiah Valley. (John Lehmann/The Globe and Mail)

“It would have been nice if it had happened a long time ago,” Ms. Williams said in a telephone interview on Thursday after Ms. Clark spoke in the legislature. “If there is going to be real change, it will have to be more than just words.”

The symbolism, however, could hardly be greater. The apology follows a June decision by the Supreme Court of Canada in a case known as Tsilhqot’in Nation v. British Columbia, in which the court, for the first time in Canada, granted a declaration of aboriginal title to a specific tract of land: about 1,700 square kilometres southwest of Williams Lake. And it represents a marked shift in the government’s approach to a complex, painful chapter of B.C. history that still resonates.

Among the Tsilhqot’in, the warrior chiefs lead by legacy and example. They are credited with stopping construction of a road that would have cut through Tsilhqot’in territory, keeping the region relatively remote and providing some protection for their culture and language.

Roger William, for example, did not learn English until he was six years old and went to residential school in Williams Lake, where he travelled by horse and wagon. Mr. William – the lead plaintiff and public face of the Supreme Court case – says the chiefs have guided him all his life. 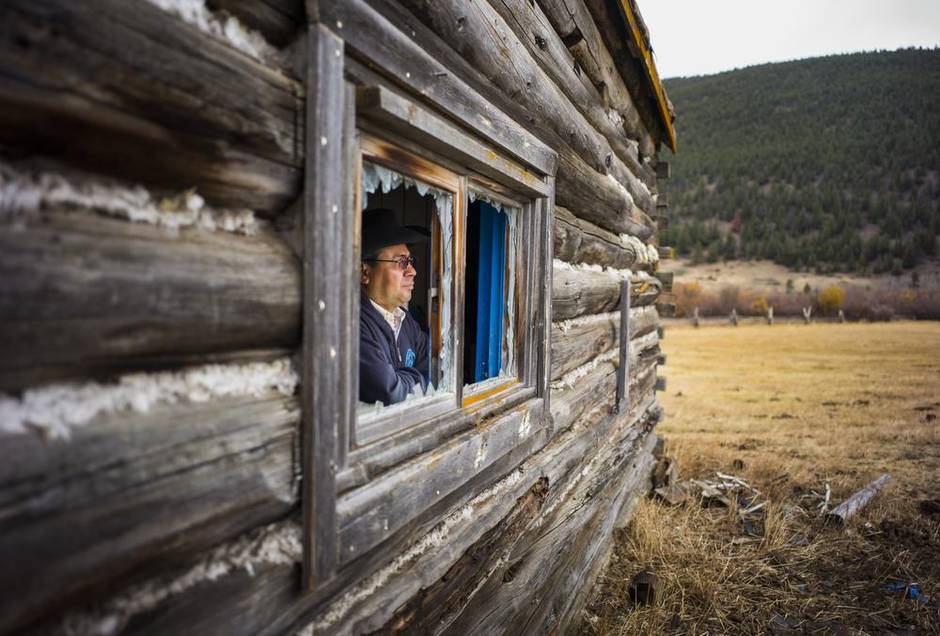 The chiefs’ sacrifice helped unify the Tsilhqot’in even as smallpox, the reserve system and social and family disruption resulting from residential schools drove relatives and communities apart, he says.

“The Tsilhqot’in warriors who sacrificed their lives – that was the reason we stuck together as a nation that has won title,” Mr. William says. “The glue holding us together was the sacrifice of our warriors who were hanged. No matter what happened, that was entrenched into our children.”

The Chilcotin War flared up in 1864 as builders attempted to punch a road from the B.C. coast through Tsilhqot’in territory to Interior gold fields. In April, 1864, a Tsilhqot’in war party attacked and killed most of the men on a road crew in a dawn raid. Days later, Tsilhqot’in warriors attacked a pack train, killing two more men. By the end of May, 20 non-aboriginal people were dead.

Six chiefs were later hanged: five in Quesnel on Oct. 26, 1864, and a sixth in July of the following year, in New Westminster. 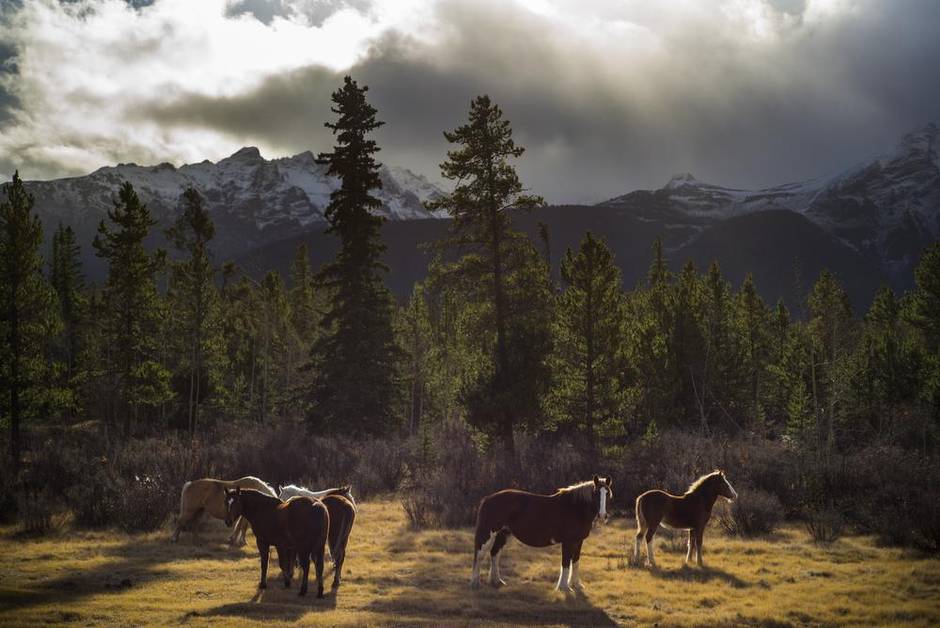 In a 2007 court decision that led to this year’s ruling, Supreme Court of B.C.’s Justice David Vickers said it it is not possible to ascribe the cause of the war to any single event. One triggering event, he said, was a dispute in which a member of the road-building team threatened Tsilhqot’in workers, whose community had already been ravaged by smallpox in 1862 and 1863, with more smallpox as punishment after they were accused of stealing flour.

“But the entire body of historical evidence reveals a statement by the Tsilhqot’in people that the road would go no farther and that there would be no further European presence in their territory. The use of their land was clearly an issue,” he said in his judgment, which the Supreme Court upheld this year.

Tsilhqot’in determination to control what they considered their land – and the legacy of the chiefs – was the backdrop to the court case and for disputes over industrial development, including the proposed New Prosperity project, a gold-and-copper mine that would fall outside the recently outlined title area.

The mine’s proponent, Vancouver-based Taseko Mines, is seeking the right to sue the federal government for blocking the $1.5-billion project, which Ottawa has twice rejected. A decision on that request is pending.

Meanwhile, Tsilhqot’in leaders are heralding what they see as the overdue recognition of their chiefs, which includes official acknowledgment that they were tricked. 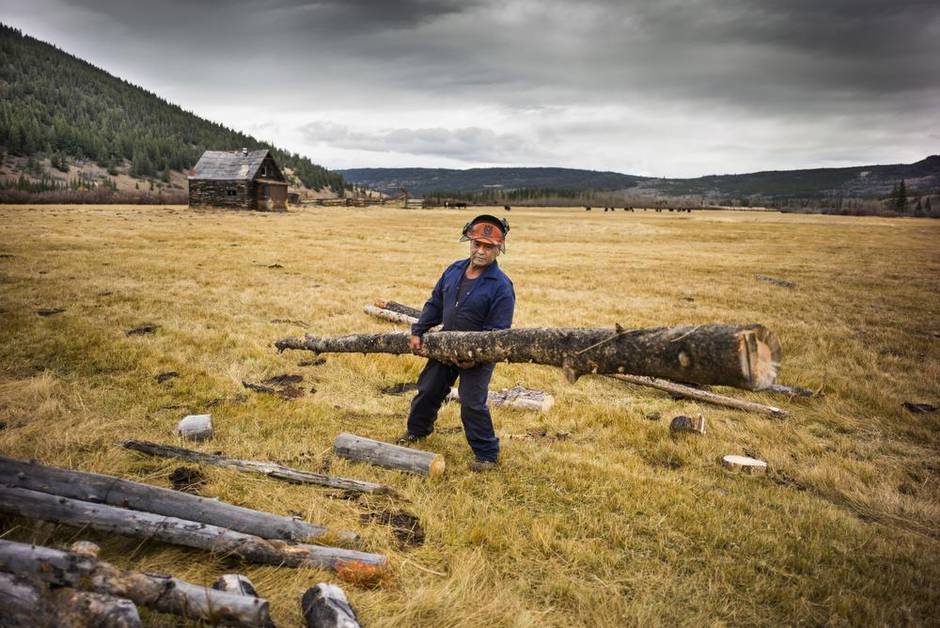 Raphael Williams a rancher and Roger's first cousin seen here on his ranch in the Nemiah Valley October 21, 2014. (John Lehmann/The Globe and Mail)

After the colonial militia failed to track down the war party, an official sent the chiefs a sacred gift of tobacco and an invitation to discuss terms of peace, Ms. Clark said. “Chief Klatsassin and his men accepted this truce,” she said. “They rode into the camp to negotiate peace, and then in an unexpected act of betrayal, they were arrested, imprisoned and tried for murder.”

She also said the chiefs were not criminals or outlaws, but warriors engaged in a territorial dispute, adopting a perspective Tsilhqot’in children learn before they can walk. Rancher Raphael William, speaking before Ms. Clark made her apology in the legislature, said he did not believe the chiefs needed to be exonerated or pardoned because in his eyes, they did nothing wrong.

“They were hanged for something they didn’t do,” the rancher said, referring to the charge of murder. “In any war, you kill people. That’s war.”

Ms. Clark is expected to make a personal apology in Quesnel on Sunday, 150 years after the hangings and on the annual Klatsassin Memorial Day.

After a recent community meeting in the Xeni Gwet’in band hall, one of six communities that are under the umbrella of the Tsilhqot’in national government, the chiefs of the six Tsilhqot’in nations spoke to a reporter about the still-unfolding effects of the Supreme Court of Canada decision and the official recognition of the Chilcotin Chiefs, which they see as part of an continuing process to reset relationships between First Nations, governments and business.

“That is the first thing we are taught – we were betrayed,” said Chief Joe Alphonse, tribal chairman of the Tsilhqot’in National Government. “We were betrayed – by Canada, by B.C. But it is time to heal that wound – time to move and carry on. But never to forget, because it is the big untold story of Canada. It’s a shame it isn’t taught in schools right across B.C., right across Canada.”