The B.C. Court of Appeal has ordered a new trial in a defamation lawsuit against the National Post by climate-scientist and politician Andrew Weaver.

He was originally awarded $50,000 in damages and the newspaper was ordered to publish a complete retraction in a form agreed to by Weaver.

The lawsuit involved four articles published by the Post in 2009 and 2010 that Weaver claimed defamed him by implying he fabricated stories about the fossil fuel industry and allegedly engaged in deceitful, unscientific conduct.

In the previous case, the newspaper argued the articles were about Weaver's public actions and words, not his character, and said they amounted to fair comment.

A B.C. Supreme Court justice found Weaver was defamed, but the appeal court overturned the decision, saying the judge made a mistake.

The unanimous ruling from the panel of three judges says the trial judge should not have taken a combined approach to the articles, noting there was no case made at the trial of a conspiracy or concerted action by the authors.

"Although the subject matter of the articles did overlap, three of the four had different authors, only one referred to another and only two were published in identical media on consecutive days," says the ruling released Friday.

Anne Marie Owens, editor-in-chief of the National Post, said in an email the newspaper is pleased with the appeal court decision.

"Fair comment for columnists and opinion writers is a pillar of journalism and we feared the original judgment could have had a chilling effect. We are delighted with this ruling, and will continue to fight for important press freedoms."

At the time the articles were published, Weaver was a University of Victoria professor who had participated in a U.N. panel on climate change, but he is now the leader of the Green party in B.C. and a member of the legislature.

While campaigning Friday in the B.C. election, Weaver said it was the trial judge's decision to take a combined approach to the articles.

"We did not ask the judge to look at the four together, we asked her to look at each of these cases as individual cases, she decided to put them together," he told reporters in Victoria.

The Post argued in its appeal that none of the words it used could reasonably be taken to attribute bad character or dishonesty.

"On the contrary, in my view it was open to the judge to attribute such an imputation to the impugned words in each article," wrote Justice Gail Dickson in the appeal court decision. 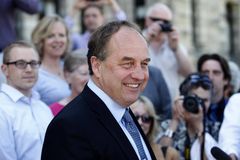 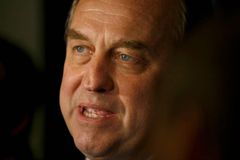